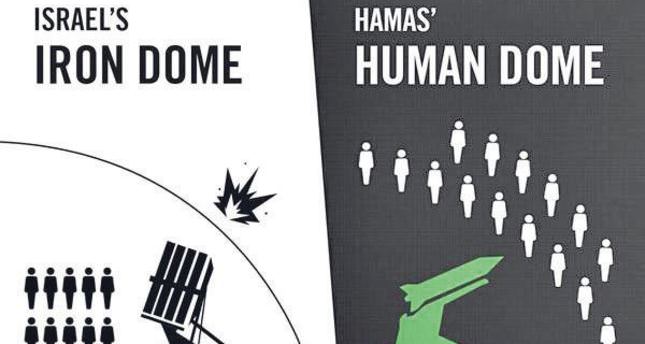 The Israeli Defense Force has been attacking and brutally killing Palestinian civilians. No place has been spared. By air and by land, Palestinians are being struck, violated and invaded. They are using social media to promote and defend their actions

The Israeli government used the death of three Israelis as an excuse to begin a massacre in Gaza. The airstrike attack that began in Gaza on July 7, followed a land assault on July 17. More than half of the 1,600 civilians that the Israeli Defense Forces killed between July and August were women and children in comparison to 64 Israeli soldiers plus three civilians, which according to Hamas is 131. They may not feel as though they have to provide an explanation for these horrendous actions to Western governments and the U.N., but they have to show the rest of the world the real reason for bombing U.N. schools, mosques and hospitals.

The Israeli Defense Forces' (IDF) official Twitter account has more than 360,000 followers. They use this and many other forms of media to provide a justification for their heinous acts by attempting to play on the emotions of the public to gain their sympathy. Some examples of their justifications include:

Yes, we are bombing civilias but this is why

IDF prepared images to refute the bombing of civilians and civilian buildings such as hospitals, schools and homes. These horrible images actually provide proof of the IDF bombing these civil areas! They divide a page into quarters, and put a photo of a mosque, a hospital, a house and a school on every corner, and overwrite "Where do Gaza terrorists hide their weapons?" This is basically saying "yes, we are bombing civilian buildings and killing civilians, but this is why we do that!" It is obviously a war crime. The Israeli government carries out genocide on the Gazan people, yet the IDF uses this ridiculous argument to defend themselves. After all, it cannot be genocide because genocide only counts if you are killing Jewish people!

Hollywood movies have stereotyped the "hero" as a muscular, handsome young American man who will not stop at anything to defend his country. The reality of the world we live in, however, is that heroes come in all shapes, sizes and genders. They are the ones that endure the obstacles, and find the strength to persevere in the face of fear and absence of hope. The IDF uses the image to encourage its army and Israel citizens, and they play the role of the victim. They published pre-operation photos from Gaza's borders while Israeli soldiers are camouflaged and singing. Upon the death of a soldier during an operation, their funeral is publicized to the world with his widow and family in tears. His death is glorified as a result of his cause. The death of any man is to be mourned but glorifying the death of their people and soldiers whilst denying, disparaging and even censoring the murders committed against another is inexcusable. There is no justification in killing 1,600 civilians in a horrible massacre Israel started.

You have to promote your country on social media; Jewish boy, remember the Holocaust

Sometimes, I think, if I were a Jewish boy, could I applaud the killing of civilians, or could I be arrested at a pro-Palestine rally against the Israeli government in New York City like Professor Norman Finkelstein. Dr. Finkelstein is a Jewish-American professor and author, who is a prominent and vocal figure against the Israeli government's actions.

He said he learned this policy from his parents who were Jewish Holocaust survivors, and discussed it in a phenomenal speech at the University of Waterloo against a Jewish girl who played the "Holocaust card." I am really curious about the answer to this question, because when someone argues about the Israel-Palestine issue, the Jewish play the Holocaust card, even though it does not make sense. Saying stop killing innocent civilians is not anti-Semitism; it is criticizing a government that acts like a terrorist organization.

The Israeli prime minister's office is calling on university students to support the IDF's policy on social media. According to the Associated Press, Israel has set aside a $778,000 budget for this cause. The official head of the project is Danny Seaman, who has written posts on his personal social media accounts that the Israeli daily Haaretz describes as being incendiary and anti-Muslim.

The IDF blames Hamas, claiming they are using civilians as human shields when the tables turn. However, Israeli Prime Minister Netanyahu revealed his policy about volunteer media in a videoconference, "We are operating on four fronts: The military front, the home front, the diplomatic front and the public diplomacy front," Netanyahu said. "We must fight for the truth, for the facts, and your help is worth more than gold…refuting the industry of lies." Efforts are being made by the Palestinians to have their stories heard. 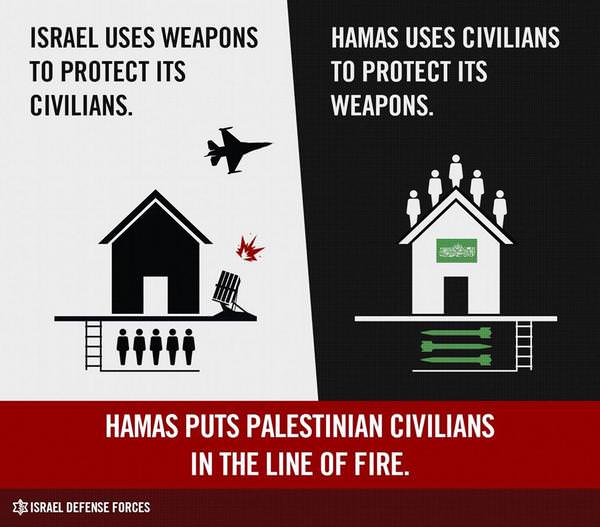 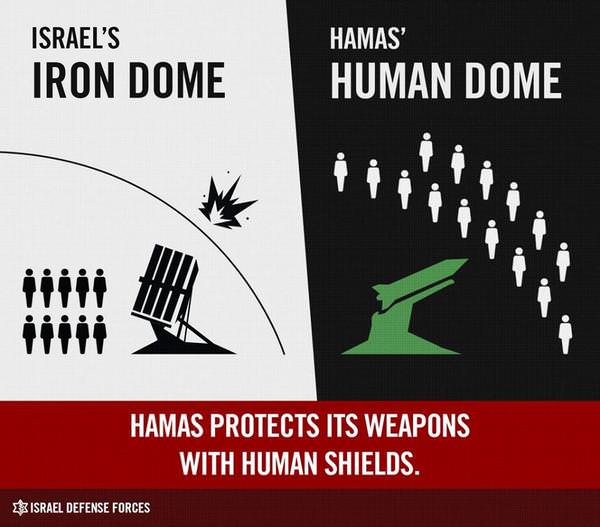 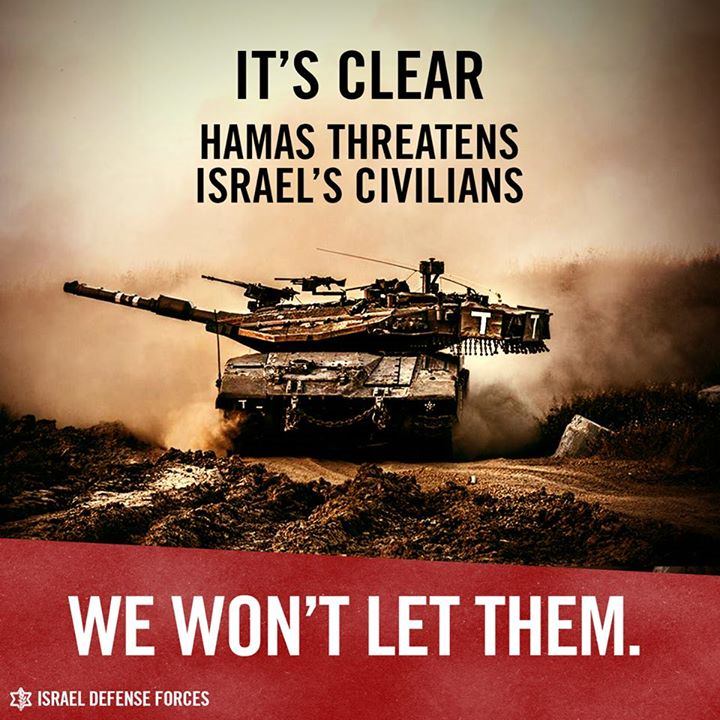 'What would you feel?' posters

You might come across the 'What would you feel?' posters on social media. The group Muslims Are Not Terrorists (MANT) shared photos with this title in response to the IDF's posters that compare al-Qassam's rocket attack on Israel to destroying the Eiffel Tower in Paris. On the other hand, the images prepared by MANT show maps of the U.S., England, Germany and India comparing the ratio of Israeli occupation in Palestine to each country respectfully. For instance, the first frame explains how in 1947, Israel is not listed on U.S. maps. If look at 1967, however, Israel occupied almost 80 percent of U.S., as it did in Palestine. These posters are very meaningful in explaining what happened to Palestine, and for generating empathy to feel what the Palestinians who were born before 1947 feel!

I want to mention a Palestinian teenager who is guarding and promoting her home country on Twitter in spite of the 140-character limit. Her name is Farah Gazan, a 16-yearold girl from Gaza. Farah tweets images and evidence of the barbarous attacks by the Israeli troops. The messages are raw, unveiled and untainted. "This is in my area. I can't stop crying. I might die tonight." She is reporting live to the world and without support while the Israeli government is offering scholarships to Jewish teenagers for using social media. Tweeting in English is a very brave action because of the Jews' grip on Twitter against those who are tweeting in support of Palestine or say something pro-Palestinian.

We watched both videos of Jon Stewart, and we heard excuses from NBA superstar player Dwight Howard for tweeting #FreePalestine, and we are the witnesses to Rihanna's deleted tweet which also said #FreePalestine. 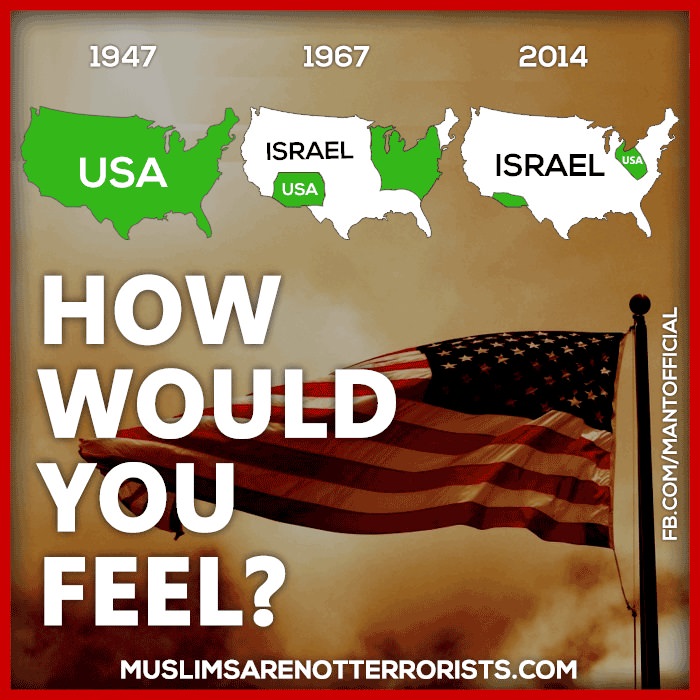 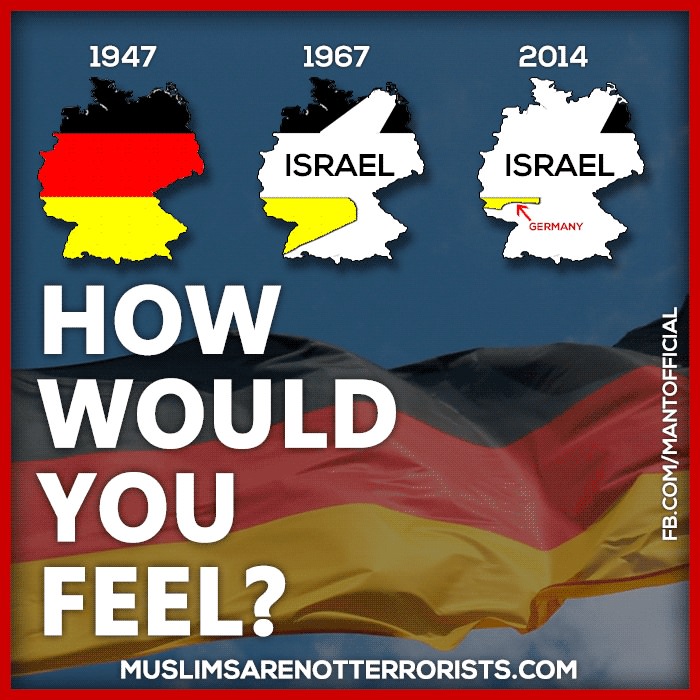