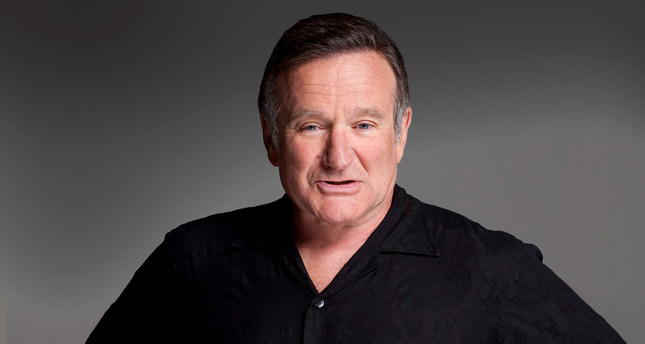 As Robin Williams' suicide shocked the world, it reminded us once again that money can't buy you happiness. The very unfortunate death of Williams extended the already long list of Hollywood stars where live came to an early end

So many of us admire them, envy their glamorous lives, and believe that they have it all. But is that really so? Only few of us really know what happens behind those splendid lives. The shock of the suicide of famous actor Robin Williams reminded us once more that Hollywood is not always a dreamland or an earthly heaven. Sometimes being a rich and famous Oscar-winner does not make you happy. Robin Williams is the last example of this. The result of his death is asphyxia by hanging in his California home last Tuesday, Aug. 12. One cannot escape from asking the burning question: "Why?" He seemed like such a happy man. He left the entire world in stiches from laughter, and when he was not making them laugh, he had them contemplating the meaning of life. He was greatly successful in his career, and had both wealth and popularity around the world. Williams, who was 63, had long struggled with depression and substance abuse in his early career. The Oscar-winning comedian, known for his manic, stream-ofconsciousness stand-up act, checked himself into a rehab facility last month. However, he never recovered from his chronic depression.

The last shock for him was that he was in the early stages of Parkinson's disease - and he resorted to taking his own life. Williams is not the only actor who preferred death to the magnificent life of Hollywood. Actor Philip Seymour Hoffman, who was found in his New York apartment on Feb. 2 with a needle in his arm, died of a drug overdose. Oscar-winning Hoffman was afflicted with severe depression throughout his life just like fellow actor Williams. After being kicked out of the family home by his partner, Hoffman never recovered.

Young Australian actor Heath Ledger is also on this list. Which young man did not envy and what young woman did not admire Heath Ledger? He was young, handsome and was taking the world by storm. He was only 28 when he passed away on Jan. 22, 2008 in an apartment in Lower Manhattan.

The Oscar-nominated Australian actor is best known for his role as a stoic, closeted homosexual cowboy in the 2005 film "Brokeback Mountain," as well as his last major and spectacular role as the maniacal Joker in "The Dark Knight," released six months after his death. His official cause of death was announced as an accidental overdose of prescription medications including painkillers, anti-anxiety drugs and sleeping pills, which many attribute to the psychological and mental toll depicting The Joker took on him. However, according to psychologists, it stemmed from suicidal behavior. He was reportedly exhausted to the point of illness by his frantic work schedule, and had long felt uncomfortable in the limelight. He had panic attacks when he hit it big and eventually developed insomnia and strange, morbid thoughts.

This allegedly contributed to him breaking off his engagement to Michelle Williams, the mother of his two-year-old daughter, Matilda Rose. Talking about fatherhood in an interview, Ledger said he felt "good about dying" because he would live on through his daughter.

Untimely deaths happened in Hollywood's "Classic" or "Golden Era" as well. The most legendary one is undoubtedly Marilyn Monroe, whose early death shocked the world. The death of this sex symbol and mega-star of the 1950's has been shrouded in mystery for over 50 years.

Sometime after 10 p.m. on Aug. 4, 1962, Monroe slipped into a coma caused by an overdose of sleeping pills. She never regained consciousness and her mysterious death generated many theories including that of murder. Some of these theories even implicated former U.S. President John F.
Kennedy and his brother Robert in the mysterious death, with whom, it is alleged that Monroe had affairs. The Kennedy brothers were "passing her around like a football," claimed brother-in-law, actor Peter Lawford, years after she died. Monroe knew too much about the Kennedys and threatened to reveal everything. However, the official cause of her death was suicide.

Many also remember Margaret Sullavan and her role in "Shop Around the Corner." The film tells the story of outsiders who deeply feel their loneliness on Christmas Day. Her character finds the man she loves in the film, but in the real life, the actress could not. She divorced her third husband after she discovered he was cheating on her. She committed suicide by overdosing on barbiturates on Jan. 1, 1960. Her daughter Bridget took her own life as well nine months later, and her son Bill committed suicide in 2008.

Another tragedy happened at a desert home in Palm Springs, California. The 50-year-old actor Alan Ladd was found dead from a fatal combination of alcohol and sedatives. The verdict was that this lethal cocktail was not an accidental overdose, as a little more than a year before, in November 1962, Ladd nearly killed himself with a self-inflicted gunshot wound.

A rarely seen case was that of Hollywood's once-famous French actor, Charles Boyer. He could not stand his beloved wife's death. In 1934, he married Pat Paterson, his first and only wife. He was so faithful to her that he decided to commit suicide two days after her death in 1978 with an overdose of the barbiturate Seconal. Boyer had a son, Michael, with his wife who committed suicide at the age of 21 in 1965 by playing Russian roulette after separating from his girlfriend.

Another classic-era Hollywood actor, George Sanders, was known for his brilliant mind, wit, and booming voice. Sanders married famous actress Zsa Zsa Gabor and later married her older sister Magda. In his later years, his health deteriorated, depressing and frustrating him, and drove him to drink. What destroyed him even more was the deterioration of his mental faculties, which were the source of his great talent. He was prone to fits of rage and delirium as his wits left him, and he began wandering. It was in this stage of his life at a hotel in Barcelona in 1972 that he committed suicide by taking the barbiturate pentobarbital.

Actors are not the only victims of suicide and depression. Directors, including Tony Scott also have a history with depression and taking their own lives. Scott, a British film director, committed suicide by leaping from a bridge after being diagnosed with inoperable brain cancer in 2012. Scott, 68, who had been about to team up with Tom Cruise for a sequel to his biggest hit, Top Gun, jumped from a suspension bridge in Los Angeles that has been used as a backdrop in several films. His Hollywood career was at one of its most successful points as well. A suicide note was later found in his office, but its contents were not revealed. Behind the glitz and glamour of what seems to be a perfect life are the dark shadows of depression, illness and severe life challenges. Hollywood stars are glorified for their extraordinary talents, their ability to divorce us from reality for the duration of a script, and for creating a haven from our own troubles. They often wear a mask because that is what we demand from them.Behind the bright lights and gleaming smiles, these stars battle with their own troubles.
Last Update: Aug 20, 2014 2:18 am
RELATED TOPICS