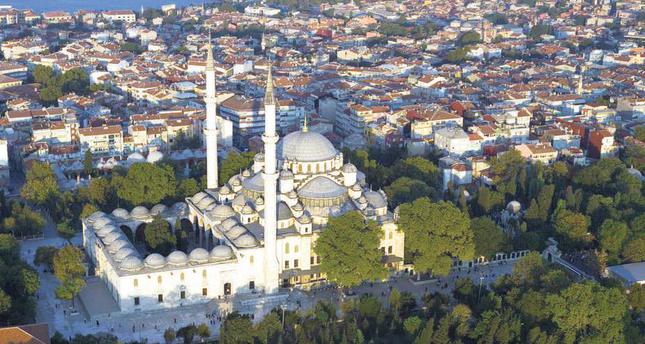 We are all culprits of stereotyping people, cultures and nationalities. The district of Fatih is an easy target. Distancing oneself from the misconceptions we create to see the picture with a discerning eye brings acceptance and understanding

I have been contemplating stereotypes for quite some time.Undoubtedly, stereotyping is one of the first mechanisms to which our minds resort in order to create distinction and identify difference. Repeating patterns of characteristics create stereotypes and groups of stereotypes create archetypes. Therefore, I would like to not only discuss stereotypes particular to our everyday lives, but also the stereotypes that are employed in social sciences. Think about one of the most classical stereotypes: social and personality traits intrinsic to "Westerners" and "Easterners." These two groupings are practically self-evident, yet stereotypes are often misleading.

For instance, are there any personality traits, uniquely pertinent for people who have Western origins?At first glance, we can say that Western people are generally more individualistic whereas Easterners are more collectivists.But I suspect that this is a pattern that repeats itself without any exemption. As I said, stereotypes sometimes can lead us astray.

This irresistible habit of stereotyping is also something that we can find in literature. Look no further than literary critics who evaluate texts by focusing on recurring myths and archetypes in the narrative as well as in symbols and images. This magic of the archetypal literary approach is hardly the legacy of Carl Gustav Yung or James George Frazer. This is something that the human brain does every day to avoid any chaos of complexity. Speaking of Literature, I am reminded of the novel "Fatih-Harbiye" written by Peyami Safa, one of the most exceptional figures in Turkish Literature. I remember how Fatih is intended to symbolize the culture of the Middle East whereas Harbiye - today's Beyoglu neighborhood - is intended to symbolize the culture and lifestyle particular to the West. I vivaciously remember how the novel remarkably reflects the conflict between Eastern and Western values, which is still alive in today's Turkey. In fact, by just a vague examination, we can realize this difference.

As I walk down Istiklal Street, I can feel the European fabric within the architecture whereas the streets of Fatih always reminded me the spirit of the Middle East. There, you see women that are covered in black veils, men with long beards and baggy trousers, and narrow streets surrounded by small apartments echoed by the cheers of children. You see small teahouses, local shops with Arabic bulletins, selling pilgrimage materials. As I walk down the streets of Fatih, subtle impressions from Beirut and Cairo are revived in my head. I stopped by a little bazaar; local-shop holders are speaking Arabic with Syrian refugees. With a little suspicion, I understand that some harsh bargaining is being conducted over the price. I then enter the Fatih Mosque where a young man is softly reciting the Quran on one side.

On the other, little children are chasing each other with sweet echoes. The comfort that comes with these scenes is unique and unprecedented; after all, I was one of these children once. I remember the moment that I accidentally discovered the old madrasah in the basement of Ismailaga Mosque. I was lost in the huge crowd during prayer, and I entered a long corridor, the walls lined with shelves carrying old books.

I saw an odd tabloid, portraying a man standing beside a horse preparing for a journey. On the down side of the tabloid, there was a small footnote that advised, "Seek knowledge and wisdom even if it takes you to China." That man was Ibn Battuta, a Moroccan adventurer who travelled the world and gathered his impressions in his Rihla.

For years, his Rihla has been used as a primary source for inquiring on the lifestyles of communities all around the world, lived in Middle Ages. With his travels, Ibn Battuta spread the marvels of the Middle East throughout the world. Maybe this marvel also touched upon Fatih, and created the'little Middle East' in Istanbul.