STEP BACK IN TIME TO THE ERA OF COMICS 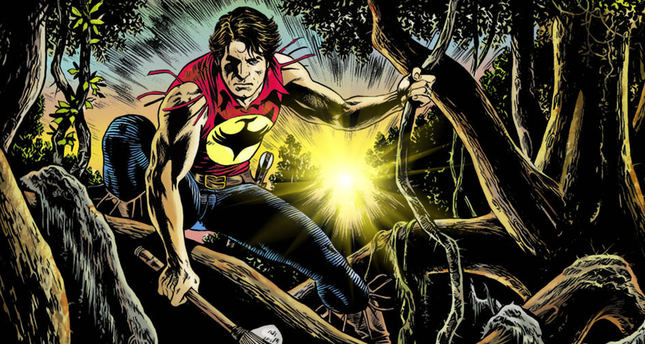 Every child grows up with a superhero, and usually these superheros originate from comic books

One of the most prominent aspects of most people's childhoods was undoubtedly comic books. U.S.-based comics were all the rage in the 1930s. While the genres changed people's focus over time, their popularity always reigned supreme.Thanks to the increasing popularity of Japanese manga, the focus on American comics has shifted somewhat.But if we were to talk about Turkey and its history of comic readership, we can generally put them in two genres. First were the Western - as in Wild West - comics.

Unless you are from a younger generation or a very old one, it is difficult to claim you never encountered and savored them during your childhood. However, here is the twist. While the U.S. has almost always dominated the comics world, the most popular titles in Turkey were from Italy. Indeed, it was curious that they were Westerns and nearly always featured characters and events in the U.S., but they were of Italian origin: The works of the Italian comic books publishing house Sergio Bonelli Editore.

Partly thanks to the success of Western movies from Hollywood in Turkey - or vice versa - titles such as "Tommiks" (original name TuttoMiki) and "Teksas" were in the hands of every child back then. "Swing" and "Zagor" also shared the popularity of the previously mentioned comics to the extent that there were even three unofficial and unlicensed movies featuring the adventures of "Zagor." Of course, as with everything that led children away from their studies, parents automatically hated these comics as well.

However, comic diversity in Turkey broke the dominance of the Italians and found greater variety thanks to great titles such as "The Adventures of Tintin" from Belgium and - of course a great favorite - "Asterix" from France. Yet, they stayed within the boundaries of paper until the Americans and their superhero comics became the buzz and jumped to TV. With cartoons and comics together, they kicked the Italians out of the business completely. Both Marvel and DC became very popular, and even today they protect their dominance thanks to big budget Hollywood movies.
While cartoons are one of the key points of the American success in Turkey, they also opened the way for another giant - Japanese manga. Back then the distinction between American cartoons and Japanese animes were not known and several animes were imported to Turkey as well. While "Pokemon," "Dragon Ball" and "Tsubasa" became all-time favorites for boys back then, titles such as "Sailor Moon" and "Candy Candy" captured the hearts of most girls. Of course, most of these boys and girls are now teenagers and young adults, and with globalization in popular art forms today, most of them watch anime and read manga intended for more mature audiences.

Turkey was never a big hub when it came to importing local comics and such, but there are lot of titles worth a mention since they have gained some popularity in the country with "Karaoglan," "Tarkan" and "Otisabi" the most well-known amongst them. On the other hand, comics of a political nature became one of the most effective and widespread forms of literature with weekly and monthly comic magazines such as "Lombak," "Gırgır," "Penguen," "Uykusuz" and so on. Even the Ottoman era had similar political comic magazines during the 80s.

Today, the two major players when it comes to comics are still the U.S. and Japan. However, there has been a shift of focus in the superhero genre with different types of comics such as "Sandman" by Neil Gaiman. We even see other forms of literature adapted to comics. As a last word, I would like to say to youngsters who missed the era: If your parents' comic collection survived a trip to the furnace, it might still be collecting dust in some basement or attic so you might want to check them out. Who knows, you might even like them, and moreover, you might find common ground with your "uncool" parents.