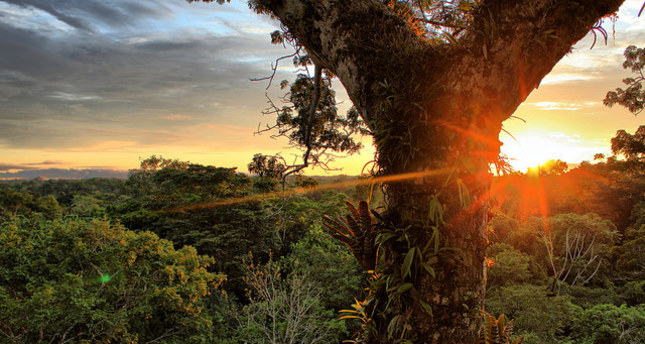 One of the most interesting features of Ecuador is that it was the first country in the world to codify the Rights of Nature. Ecuador recognized the inalienable rights of ecosystems to exist and flourish in 2008, but the road that led the country to this recognition was not without obstacles

With the jungles and rainforests of the Amazon, the snow-capped Andes Mountains and the glistening Pacific Ocean, the small South America country of Ecuador is a heavenly place. One of the most interesting features of Ecuador is that it was the first country in the world to codify the Rights of Nature. Ecuador recognized the inalienable rights of ecosystems to exist and flourish in 2008, but the road that led the country to this recognition was not without obstacles. Before Ecuador legalized the Rights of Nature, 30,000 people lost their lives in the Amazon during one of the biggest environmental disasters of the world. The region, which has some of the largest eco-diversity in the world, has been devastated by oil pollution over the past 40 years. After these painful experiences, Ecuador is now trying to mobilize the support of world public opinion in its fight against unplanned urbanization.

To gain a better understanding of Ecuador's environmental situation, we flew to the Ecuadorian Amazon in a plane allocated to myself and another Latin American journalist by the Ecuadorian Air Force. Our journey, which began in the capital city of Quito, ended near a town called Lago Agrio half an hour later. Even though the temperature was 30 C, we had to adapt to breathtaking humidity due to the rain that began two hours after we landed.

As we tried to adjust to weather conditions, we departed to witness the environmental disaster that turned the green into black. We arrived at the center of Lago Agrio, which has a population of 26,000 people

The petroleum reserves in the town were managed by the U.S.-based company Chevron between 1962 and 1992 until Ecuador's national petroleum company, Petro Amazonas, took over the reserves. In truth, Lago Agrio is a typical small and rambling tropical town where you can see the harmony between modesty and nature.

However, what makes this place different from the others is the ongoing ecological disaster. Disease and death began to spread around the town and the surrounding village of Shushufundi after the petroleum wells were opened in 1962. Officials talked about the benefits of crude oil and encouraged locals to rub it over their bodies; however, people living in the area did not suspect a thing until it was too late. Oil mixed into the water wells of the town. People drank it, cooked and washed their laundry with it as well as irrigated the soil with poisonous water. Locals are still cultivating and selling the fruits and vegetables that are grown on these lands, yet the life in this region smells of death.

They are aware of the poison lying under the soil, but they have to unfortunately and ironically accept this fact to survive. They say, "We own these lands. Why should we be the ones who abandon it?"

The President of the Republic of Ecuador, Rafael Correa, whom I met two years ago in Istanbul, told me, "We are not urbanized like you and that's why our nature has not been spoiled." I understood what he meant when I visited Ecuador. The petroleum pollution that spread over the green of the Amazon is a disgrace to the world, and being aware of this is the duty of both nature lovers and all consumers of petroleum products.

Even though old petroleum wells have spoiled isolated parts of Ecuador, with its natural beauty, friendly and hospitable people and eco-friendly policies of the past 20 years, Ecuador remains a gem for travelers. The journey to Ecuador is a long one. If you are flying through Amsterdam,
it takes 25 hours.

The distance is longer if you prefer to fly through the U.S. When you land in Mariscal Sucre International Airport, 18 kilometers east of Quito, and travel to the city center, different shades of green welcome you. The city center is modest; locals sell umbrellas and hats for protection from the sun or frozen fruit sticks, ice cream or sweets to ease the summer humidity. There are 15 million people living in Ecuador including 13 indigenous nations and many native communities, yet there is no discrimination. In fact, indigenous people are held in great esteem here. Quito, situated at
2,800 meters above sea level, is one of the most interesting cities on UNESCO's World Heritage List. Situated at the highest point of the city, the Statue of El Panecillo salutes the "old city" where the presidential mansion is located.

The old city's buildings have been preserved, so they do not undergo changes. There is no single modern structure in the area either. Simplicity and modesty rule the rest of the city, for instance, you do not come across luxury brands on the streets. Instead of shopping malls, there are district bazaars and clothing stands.

As with most other South American countries, tropical fruits, potatoes, corn, legumes and red meat dominate Ecuadorian Cuisine. A fruit that I tasted for the first time in Equator tops my must-eat list. Belonging to the passion fruit family, "granadilla" was originally cultivated in Bolivia, Colombia and Venezuela, and this shelled, yellow and green-stoned fruit grows in nearby countries as well as Papua New Guinea. It has a sweet and sour taste and a jelly-like consistency.

One of the most characteristic foods of Ecuadorian Cuisine is a potato soup called "locro de papa," which was served with avocado slices on top. Smashed banana that is served cooked claims the third place on my must-eat list. In Ecuador, banana is a food that can be eaten with rice or meat. The last spot on my list belongs to another soup, "sopa de yuca y sancocho." The soup's main ingredients are corn, rooted plants and meat, and it contains all the necessary vitamins that you need in one meal.
Last Update: Sep 13, 2014 2:13 am