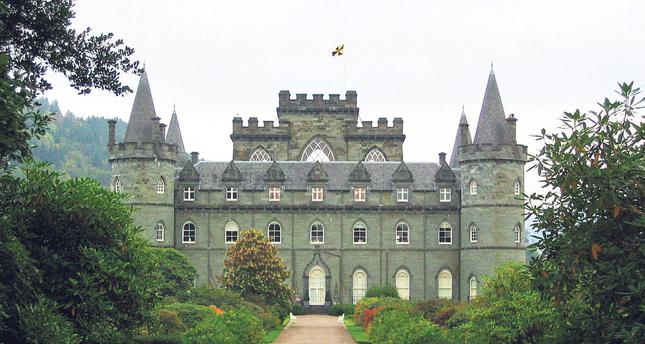 by Jane Louise Kandur Sep 13, 2014 12:00 am
Next Thursday a referendum will be held in Scotland; the nation will decide whether it wants to be independent from the rest of the United Kingdom or not. All Scottish citizens, from the age of 16 up, will be able to vote. The pollsters at the moment are predicting a vote of 51 percent for independence.

This situation brings many questions to one's mind. First of all, when and how did Scotland get joined to England, forming the basis of the United Kingdom?

Briefly, in 1603 when Queen Elizabeth I died without having married and thus leaving no heir, the heir to the throne was James VI of Scotland. James moved his court to London and ruled over both countries from there. James' son, Charles I ruled over England, Scotland and Ireland for 24 years, until he was executed in 1649 at the end of the English Civil War. The Parliament of Scotland proclaimed his son, Charles II King of Great Britain and Ireland in 1649, but this was not accepted by the English parliament.

After this, England, led by Oliver Cromwell, operated as a republic. After Charles II lost the Battle of Worcester to Cromwell in September 1651, he fled the island to mainland Europe. After Cromwell's death the monarchy was restored in 1658 and in 1660 the Commonwealth of Scotland, England and Ireland came into being.

In 1707 the Scottish Parliament was joined to the English parliament, mostly due to the fact that the Scottish coffers were empty; this was a voluntary union, not the result of a conquest. So, 300-plus years later why is Scotland itching to go? In one word: Independence … or as expressed by some Scots:

Freedom! Watch any of the pro-separation videos, and the theme is freedom. The Scots want the freedom to determine how their income is spent; they feel that the money from North Sea petrol has been squandered. Scotland feels that they should have a say over the income from Scottish
oil, spending it in Scotland for Scotland.

In this referendum, 16 and 17 year old Scots will have the vote. What they have to say is quite revealing. "David White : England is local here. Quite often I'll go to Carlisle for shopping. If there was any border control that could be quite a pain. I have relatives down there too. I'm still undecided but I'm leaning towards "no" as more of an emotional thing.

Amy Jo Randalls : I am completely mind-madeup on the independence vote. I am going to be voting "no." I think it would be a shame to lose our shared British culture and a unique country and set of countries.

We [Scotland] are a small country that is unthreatening but you do need armed forces. We don't have the money to support the aircraft we need. The air force would be a bunch of gliders.

Annie Rose Lennox: I am definitely a "yes" voter. I'm an avid "yes" supporter. Scotland should stand up and make its own mark. I want the Scottish culture to be taken more seriously, especially in music.

When you are so involved in culture and the heritage of your country you obviously want to drive that forward. I think independence will be the best way to do that.

Andrew Hanton: I personally will be putting "yes" in September. It's a great disadvantage having a government hundreds of miles away. Forres, where I live, feels very disconnected from London."

Scotland ranks third among U.K. regions in terms of income, coming after London and the South-East. Edinburgh has a large financial center and Aberdeen is the center of the oil industry. But at the same time, Scotland suffered during decentralization, and there are cities in which there is high unemployment and severe poverty.

Public spending is higher in Scotland than in England, and is subsidized by the London government. Scotland will not automatically be a member of Europe; rather it has to apply and be considered as an independent country. Will it continue to have a currency connected to England? Will it have its own currency or will it join the euro? These are all questions that will be considered after the referendum. Many of the financial companies, including the Royal Bank of Scotland, are planning to move to London, as many investors will draw out of Scotland.

Financial in require security, and independent Scotland is an unknown; investors will only come back when they are assured that the Scottish economy is sound.

There is also a serious side of independence for the rest of Britain. Politics may change significantly. Of the 257 Labour MPs, 41 represent Scottish constituencies, while 11 Liberal Democrats are from Scotland, and one from the ruling Conservative Party. Scotland has long been a strong seat for the Labour Party, and many fear what the political situation in Britain would be without Scotland.

Labour is leading in the polls for next year's election; however, if it wins the 2015 election, and Scotland becomes independent (which would happen in May 2016), then it is possible that a large number of parliamentarians would be in Scotland, then a foreign country.

When all the demands for independence and "freedom" are examined, as stated above, the basic question can be seen to be the right to decide how money belonging to Scotland, Scottish companies and Scottish people is spent. It means that what is earned in Scotland will stay in Scotland.
In addition, independence means that the government will be closer, and perhaps more responsive to the Scottish people's needs.

However, today, when the Ukraine is being threatened by its bully neighbor, when Egyptians have lost their democratically elected government to a militarily imposed one, when Iraq is shuddering from the presence and violence of the Islamic State of Iraq and al-Sham, when Syrians are being killed by their own government, when Muslims in India are feeling insecure under their newly elected government, when Libya is seeing its recently won progress disappear, when the citizens of Gaza live in fear every time a plane flies over, this "freedom" becomes even more poignant.

Scotland is a country known for its bravery and its determination. Certainly it deserves the right to determine its own future. The rest of the United Kingdom is waiting to see how the Scots will vote. They will respect the outcome, and will not send tanks in to quell this "rebel" state.

How refreshing that somewhere in this world a country is being allowed to openly debate and decide on how it wants to be governed. But this also begs the question: What is freedom? Can it be such a relative quality, or is it something much more prosaic?
Last Update: Sep 13, 2014 2:19 am
RELATED TOPICS