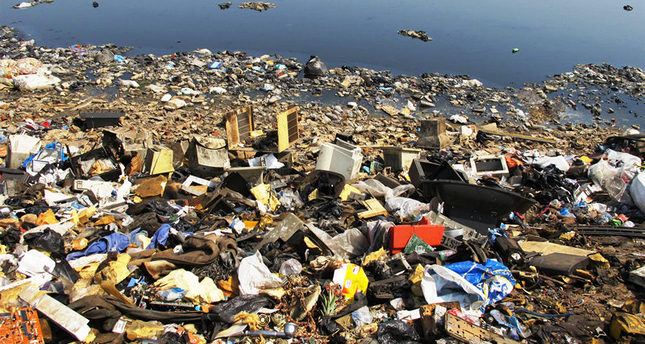 Electronic waste is the dirty secret of technology that no one wants to talk about. Ghana is the home to this secret which is having a detrimental effect on its citizens. They are ready to let the cat out of the bag

Globally, an estimated 50 million tons of e-waste is generated annually. Over 75 percent of solid waste is recyclable, but we only recycle 30 percent of it. Even worse, e-waste is being dumped illegally in third world countries, where children are living under the threat of toxic chemicals Without a shadow of a doubt, electronic appliances play an indispensable part in everyday life. According to the mobile analytics company GSMA Intelligence, the number of active SIM cards on the planet surpassed the world's population. The report says there are currently almost 7.3 billion devices in use. While the world population rises by two people each second, the number of SIM cards is growing five times more than the population. The innovation of all technological devices is based on one common object – facilitating our lives. It sounds normal to embrace ourselves with technological devices considering the fact that the robotic age is ahead of us. Unfortunately, none of us wonder about what happens when dozens of devices, especially smart phones, become obsolete and turn into e-waste. It would be a big mistake to think e-waste is regularly recycled. A large proportion of the estimated e-waste is generated by Western countries. As mentioned above, recycling companies receive only a small percentage of e-waste, which are not recycled under proper conditions. The underlying reason is that the recycling process of used products cost too much. Most of the unwanted, obsolete or broken technological devices are diverted to the black market and then illegally shipped to African countries.

To illustrate, Ghana is home to the world's biggest e-waste dumping site. Agbogbloshie, a former fishing village in Ghana's capital Accra, has turned into a massive digital dumping ground. The irreparable environmental damage has ended fishing in the slum region. Villagers and thousands of other locals from nearby neighborhoods now catch old electronic goods to earn their living. Little children spend hours collecting metal to earn only $2.5 (TL 5.2) per day. The illegal exportation of e-waste puts not only the environment at risk, but also locals.

The life of unprotected workers between ages seven and 25 are threatened at the extremely hazardous site where they search for TVs, discarded PC monitors, the components of washing machines, dishwashers and other waste products. Due to the lack of necessary equipment, children are forced to find the utilizable metals by hand. This is because accidents are unavoidable, like eye damage, burns and untreated wounds. In addition to its physical damage, there is another invisible threat: the toxic fumes. In recent years, many Ghanaians have reportedly suffered from chronic insomnia, lung problems, headache, lower immune system, loss of appetite and nausea. Moreover, locals are diagnosed with cancer and die in their 20's due to toxic chemicals such as cadmium, arsenic and mercury that leak from e-waste.

Ghanaians say they have to work there to survive and believe what they suffer is not lifelong. Some scientific studies show that the future of Agbogbloshie is not promising. Experts project that the amount of e-waste will double by 2020 in the village which receives almost 40,000 waste collectors.

The Basel Convention, an international treaty that intends to prevent and control the transfer of hazardous waste between nations, was signed by every European country. The treaty defines that the materials in hazardous waste category, which includes almost all e-waste, cannot be sent to non-OECD countries. However, European countries violate it and still send e-waste to Africa. E-waste is illegally labeled as "functional" or "repairable" before shipment.

Ghanaian environmental journalist Mike Anane is fighting against illegal e-waste. For the last 11 years, he has raised awareness to prevent e-waste shipment from Europe to Ghana. Anane, who grew up in a neighborhood village, records e-waste and finds the responsible persons to call them to account. I had the chance to talk with him. "Our village is covered with black smoke. Thousands of young people come there to earn money. Due to toxic fumes, they suffer from un-diagnosable diseases," he said. I asked him whether Turkey has sent e-waste to Ghana. Anane said he regularly takes the record of e-waste, but has never seen any dangerous material from Turkey.