Bury my heart at Assos 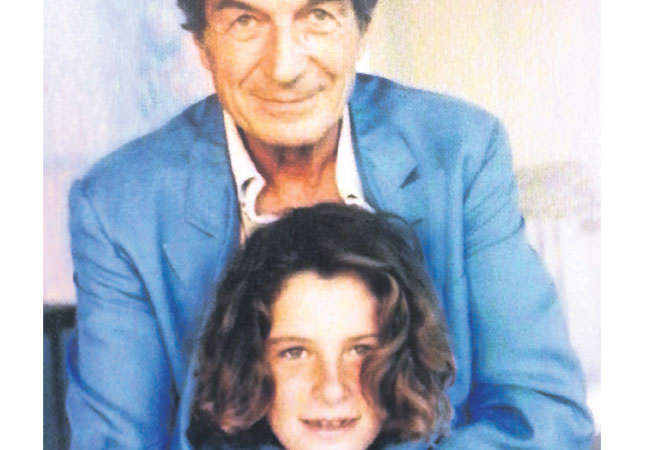 by Leyla Yvonne Ergil Oct 25, 2014 12:00 am
My father, a truly great man, passed away in Istanbul on Monday at the age of 92. He had a very full and wonderful life and lived to reach an enviable age, but no solace can prepare you for the loss of a parent.

Born in Gaziantep on Jan. 1, 1922 to a long line of Ottoman pashas, my father left Turkey to pursue his graduate studies at Stanford in his 20s and spent nearly half a decade in the U.S. Time magazine documented his teaching success, and in the 1960s he was made the director of the Peace Corps in Africa. He returned to Turkey in his mid-60s to open a prestigious English language course, where he touched many people's lives, as while my dad taught his students English he was actually infusing priceless lessons on how to live life to the fullest.

He taught some of Turkey's most revered actors, pop stars, attorneys, business people and military and political figures. In addition to being a "hoca" to many, he was also a philosopher, captain, writer, painter and cook and had many loves in his life. He had a legendary life and therefore, as his only child in Turkey, it was my proud duty to ensure that he had just as epic an entry into eternal rest. It had always been my father's wish to be buried in Lesbos. However that proved to be an impossible feat and we had never made plans otherwise. So when news of his passing began to spread and calls of condolences came in, I was suddenly confronted with the question of what we were going to do.

I knew I wanted to bury my father in Assos, overlooking the Greek islands he so loved, and so soon after we received the sad news of his passing, my partner paid a personal visit to the village official, "muhtar," who, thanks to our strong relations after living in the area for a couple of years, immediately told us we were welcome to choose any spot we liked in the cemetery to bury my dear father.

When I arrived in Istanbul, my dad's house was filled with loved ones who had taken care of arranging all of the proceedings for the Istanbul leg of the affair. The ceremony was to be mid-afternoon with a bus taking off for Assos directly from the ceremony to transport those wanting to be a part of his burial.

It had never occurred to me that I would be the most sought out at my father's funeral ceremony and therefore, with my defenses down, as each person recalled how my father touched their lives and hugged me, like a tube of toothpaste, I began gushing tears.

In Istanbul, it is a regular practice to hold multiple funeral prayer ceremonies simultaneously and as such, there were three coffins in the courtyard with my father's in the middle. When the imam surfaced, everyone immediately shuffled into place with men lining up in front of the coffin and women retreating to the back. However, this was not quite the case in my father's procession as the female presence was a significant majority and filled up the courtyard. This was perhaps due to his affinity for beautiful women and his ability to help women recognize their own beauty. At one point, the imam asked us to step back, and I was among the culprits who had lined up immediately behind the men, simply so I could be as close to my dad as possible.

Suddenly the men came into play as they all volunteered in turn to carry my father's coffin to the transfer vehicle. I will never forget the image of some of my oldest friends being among those carrying my father's coffin on their shoulders.

Thus began the convoy ride to Assos with our car followed by a bus of my father's closest friends, students and the funeral vehicle. Realizing that although burying my father in the Assos cemetery was a romantic ideal, the practicalities of ensuring the ceremony went off without a hitch was a whole other issue. But just one phone call to our dear friends in Assos was enough to set into motion an unprecedented organizational process as bureaucratic and practical hurdles were overcome one by one by my fellow community members in this historical town. During the seven-hour drive from Istanbul to Assos, friends designated my father's plot and had it dug up, they arranged an overnight spot in the morgue at the local hospital, an acquaintance from the municipality arranged the local funeral vehicle and other local friends organized the preparation of bulgur with chicken and ayran as a "hayir," a form of offering that is part of the local tradition when a loved one is buried. My friends had even arranged our accommodation at one of Assos's most iconic boutique hotels giving us the unique opportunity to pay tribute to my father over a very special meal in the picturesque setting at Assosyal amid art, antiques and nature.

In the morning, I awoke to the most beautiful call to prayer I had ever heard. As I laid there in bed, I suddenly got chills realizing that this was not the normal call to prayer and was instead the salat al-janazh, the funeral prayer, confirmed by the loudspeaker announcement that followed calling one and all to join in the burial of a revered professor from Istanbul, Tanju Muvaffak Vahit Ergil.

The Assos cemetery is stunning, situated in a hilly wooded area seemingly hovering in the heavens above an endless horizon of the Aegean Sea and the neighboring Greek isle of Lesbos. Once again, the men present banded together to carry my father's coffin on their shoulders to the gravesite. A few actually entered the plot to assist in the lowering of the coffin into the grave. It was rural, intimate and very real with its simplicity only lending to the dignity of what was transpiring. The imam squatted down to recite a final prayer as we all followed suit, gathering in a circle. I sat on the ground right next to his plot, head veiled as I tossed handfuls of soil infused with my love onto my father's coffin until its wood was no longer visible. Then once again the men took turns shoveling soil into the plot. Once it was patted down tight, water was poured over the soil and I was handed a bottle of rose water that I was instructed to pour over my father's grave.

Like clockwork, the bulgur and ayran suddenly and magically appeared, brought in by friends and dished up to everyone attending giving us a chance to socialize and pay our respects. This lovely custom of Assos locals provided the perfect lighter ending to a very heavy affair and was especially appropriate for my father who always loved feeding others and, in a sense, got to offer a final meal.

His spirit will live on in what is perhaps one of the most beautiful sites in the world. And I, as an American expat in Turkey, feel proud to have been able to fulfill this duty, which for me was a completely foreign affair, in a way I feel befits the legend he was in life and in the memories of all whose lives he changed, which is pretty much anyone who got the chance to know him.