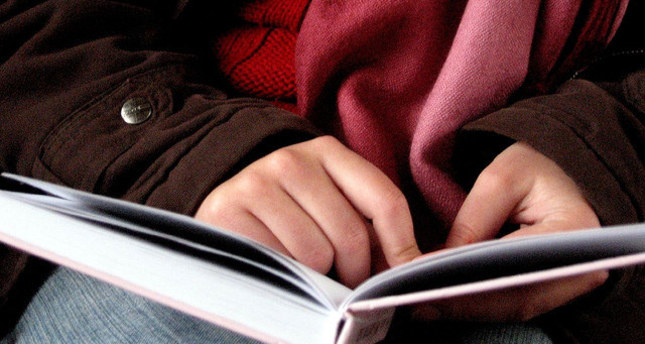 With a rich history and world-renowned authors, Turkish literature has made a name for itself. Cultivated with the perfect balance of tradition and innovation, Turkish novels are essential for your bookshelf

Now that winter is upon us, many simply want to stay indoors and curl up with a hot cup of tea and a good book. It can be hard picking a good book, especially now in the age where new novels are popping up every day. However, sometimes old is better, or rather, a classic is better. Reaching for a classic Turkish novel may be exactly what you need, and these classics will help you feel and understand Turkish culture in a way that nothing else can.

The concept of the novel was introduced to Turkish literature in the 19th century. By the end of the 1700s, the Ottoman Empire was experiencing economic difficulty. In order to repair the damage and save the empire, reforms were put into place – known as the "Tanzimat Reforms." Along with the reforms made for the economic and political institutions of the Ottoman Empire, reforms were also to be made in literature. During the Tanzimat Reform era, Western influence was at its peek, especially influence from France. The first novel in the history of Turkish literature was a Turkish translation of the French author Fenelon's "Télémaque" in 1859. After the Télémaque was translated, the novel became a popular staple in Turkish literature.

The first realistic novel in Turkish history and a window into the era in which it was written is Recaizade Mahmut Ekrem's "Araba Sevdası" (Love of horse carriages). The novel serves as a foundation for the Turkish novel. The story itself takes place during the Tanzimat Reforms, and Ekrem takes an ordinary love story and uses it to fulfill his critique of false Westernization. The story comes to life with a mock hero who dresses and talks like a Westerner, but does not know of the scientific discoveries and innovations of the West.

One of the most famous and memorable authors in Turkish literature is Sabahattin Ali. His book "Kürk Mantolu Madonna" (The Madonna in the Fur Coat) is a classic that anyone will enjoy. The novel is the diary of a man who is now on his deathbed looking back on his life. The narrator talks about his friendship with a man named Raif Efendi and proceeds to read his diary entry about a memory illustrating the only time he actually felt alive. Filled with love and heartache, this novel is a must read for any time of the year.

Many writers were inspired during the War of Independence (Kurtuluş Savaşı) in Anatolia. The war itself created a space for a new type of history to be written about, which is what Halide Edip Adıvar did. In her novel "Ateşten Gömlek" (The Daughter of Smyrna), she writes about the story of a woman who works to liberate her country and the two men that love her. The story is similar to Adıvar's own attempts to save her country. The novel is an extraordinary representation of the time period in which it was written that will surely give you goose bumps.

One of the more modern writers of our time is world-renowned Nobel winner Orhan Pamuk. Although considered a modern writer, Pamuk's works can also be considered as classics. One of his most famous classics is "Kar" (Snow). In this novel, Pamuk reflects on the political and cultural tension of modern Turkey. The novel inspires deep sympathy for the characters while infusing humor and mysticism into the story's content. The main character of the novel is a man named Ka who returns to Turkey after being in exile in Germany for 12 years. The main portion of the book focuses on the reason behind a series of suicides committed by young girls in the eastern city of Kars.

"Masumiyet Müzesi" (The Museum of Innocence) is another one of Pamuk's timeless novels. The novel embodies modern themes in Turkish culture such as friendship, family, happiness, loneliness, newspapers and television. The story centers on a love story between a young gentleman named Kemal and his distant relative, a beautiful young girl named Füsun. Their love story is a bittersweet adventure that must be kept secret due to their circumstances. The novel is a truly heart warming description of the love between two people and how it lasts forever. Orhan Pamuk's novel also contains a ticket to the actual Museum of Innocence located in Çukurcuma, Istanbul where the story takes place. The museum is an exact replica of the museum described in the book. You can head over there after reading the book in order to get a better feel of the history of the two lovers.