Veteran gadgets of the tech world 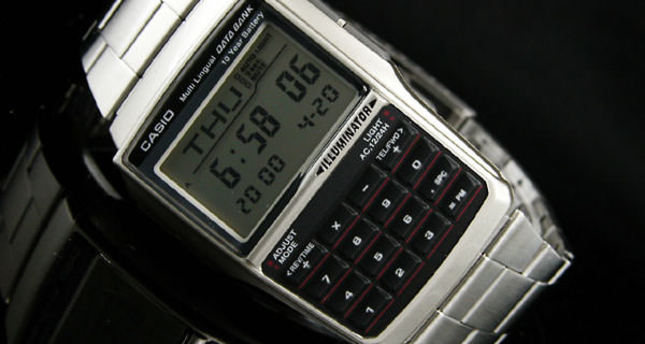 We are living in an age of technology, witnessing technological developments at an unprecented pace. However, we haven’t forgotten our veteran gadgets that once were important place in our lives

Just take a second and look around; everywhere you look, you can see a smartphone, a laptop, a TV or some other kind of technological gadget ruling over our lives. Most of us cannot even keep up with the latest gadgets financially because when it comes to technology, today's cutting edge devices are often tomorrow's old news. So, it is not surprising that once-legendary technology brands have either faded away in the dusty pages of tech history or have had to bow down to their rivals and merge with them. Turks have and always will be deeply interested in the latest trends in the tech world. Although many technological devices were introduced late to the Turkish people, Turkey is one of the biggest markets for tech giants now. We may consume technology very quickly, however, we do not forget our veteran gadgets and their brands.

Motorola might have been the first cellphone on the Turkish market, yet Finnish brand Nokia was the darling of the Turkish people for many years. Almost everyone who witnessed the birth of digital cellphones had a Nokia phone at one point. The Nokia 3310 series in particular was a legend in Turkey as well as around the world. Nokia sold 126 million of the devices worldwide and became one of the most successful phones in the tech history. With its long battery life and durability, this phone became a piece of cult technology. Having a Nokia 3310 during the early 2000s was a sign of social prestige. Back then, the phone accessory business was much smaller than today's, but 3310 owners could always buy jazzy phone covers in order to look cool. Up until the advent of the smartphone as we know it today, Nokia remained among the top cellphone brands in Turkey. In time, American-based Apple and South Korean-based Samsung took down the Finnish giant and forced it into forming an alliance with Microsoft. This year, Nokia announced that their next phone, when launched, will be called the "Microsoft Mobile Oy," marking the end of Nokia in the smartphone market as the company was recently acquired by Microsoft. It is sad that the future generation will never know what it is like to have a cellphone that is practically indestructible. Long before Japanese-based Sony released the PlayStation, children as well as adults all over the world entertained themselves with other home video game consoles including Nintendo and Sega machines as well as the Atari that predated them both. Developed by American video game and home computer company Atari, Inc., the game console was a breakthrough among gamers. Although it was a very primitive device compared to today's Xbox and PlayStation consoles, Atari became a major entertainment source for people from 7 to 70. The company launched the console in 1977 but it took a while before it was introduced to the Turkish market. When it finally arrived in Turkey, Atari was seen as the biggest invention of the time. With its commercial motto "Now, the streets are empty," Atari was actually encouraging children to stay at home instead of playing outside.

The iconic arcade game "Pac-Man" was also introduced into our lives thanks to Atari. Regarded as the trademark of arcade game history, "Pac-Man" became a social phenomenon and created a new genre in the video game industry that appealed to both males and females. The game was very simple: The player controls Pac-Man through a blue maze, eating yellow dots and fruits. When the player is able to eat all the dots, Pac-Man levels up. The four enemies of Pac-Man – Blinky, Pinky, Inky and Clyde – wander around the maze and try to catch Pac-Man. If one of them touches Pac-Man, life is lost and the level starts over. However, when all lives are lost, the game ends. Compared to today's lifelike games, Atari games might seem ancient, but it was the best family entertainment at the time. Moving beyond classic game consoles, smartwatches have become the newest players in the tech world, enabling people to receive calls and messages while keeping an eye on their health. They may be the latest trend, but we must not forget the calculator watches that came before them. Calculator watches were first introduced in the 70s and enjoyed their heyday during the 80s and 90s. Although there were many calculator watches of different brands on the market, Casio was the most notable one. Casio created the Databank calculator watch in the mid-80s, which not only performed calculator functions, but also stored appointments, names, addresses and phone numbers. Casio's Databank definitely mirrored the spirit of its time and it was also the biggest assist to students studying math and engineering as well as the best pastime activity during breaks at school. As these watches became popular in Turkey, rumors began to spread among children. Some said that they can track people using their watches while others claimed they can control their TVs using their watches as remote controls. Although these watches lost their popularity during the late 90s, recently they have been revived thanks to vintage madness. Vintage Casio Databanks are available in most stores and online for those who want to remember the good old days.

It seems that rivalry in the tech world will continue unabated. Companies will continue to introduce old devices with new features and we will spend our money to keep up with the latest technology even if we know it is a futile effort. Once, every new technological device changed the way that we see the world; however, it means nothing to most of us, as we have become accustomed to breaking news in the tech world. Nostalgic notwithstanding, legendary devices of the past excite us more than the latest technology.