A politician who can make a difference 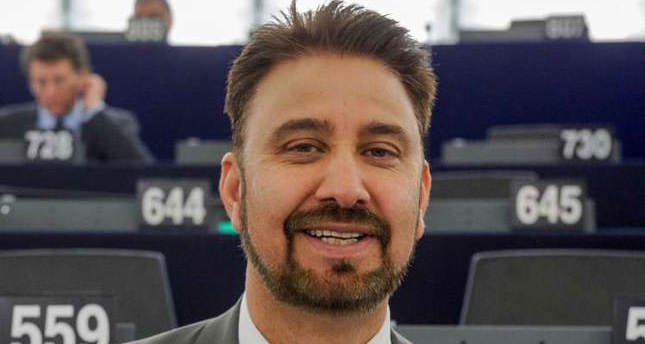 Afzal Khan is a breath of fresh air in British politics. He is a devout Muslim who brings his religious perspective to debates, while striving to increase understanding between the different communities

Last month I had the opportunity to meet and interview Afzal Khan, an impressive man in British politics. Indeed, Afzal Khan is a striking man; when he walks into a room, it is hard to not notice that he has arrived. But despite his great success in life, the one word that I would use to describe him is humble (or perhaps down-to-earth, but that is not one word).

Afzal Khan came to the U.K. from Pakistan when he was just a young boy. He left school before gaining qualifications, but later returned. After completing his studies he qualified as a solicitor. Clearly this was the move of someone who had ambitions. But when asked about his ambitions, Afzal Khan says "The core of me is the ability or the desire to serve people. Whenever I am given an opportunity I will do my best to serve the people. The best among humanity are those who bring benefit to others. This is what drives me."

Driven is an adjective that certainly describes Mr. Khan. He served as Lord Mayor of Manchester from 2004 to 2005; following this, and the London bombings in 2005, Khan served on a Home Office working group that strove to prevent extremism. He was awarded a CBE for the efforts he made in race relations. The problem of Islamophobia is something that Khan still dedicates much of his time to, working hard to improve understanding between communities.

When I met with him I asked him why of the three major parties, he had opted for Labour. There are Muslims representatives in all three parties, so what was it that drew him, and many other Muslim politicians to the Labour party? His answer was simple and straightforward: "Labour is a party which believes in social justice; for me as a Muslim, social justice is the backbone of everything. If you want to see a fair and just society where opportunities are given to others, then the Labour party is the party." When he talked about the other two parties, he commented that the Liberal Democrats tended not to have a clear direction, not having a clear direction, while the Conservatives "…want to look after the privileged, and I don't think the privileged need looking after. People who are not privileged need looking after; thus naturally I came to the Labour party."

I asked Afzal Khan what he thought about women's participation in democracy (considering that his daughter Maryam has also served as a councilor, I was pretty sure what kind of answer I would get). "Well, if you look at the political parties to judge how they work towards women's participation in democracy, Labour Party is miles ahead. They believe in fairness and justice in representation. If you put all the women in the other two parties together, the Labour Party is still miles ahead. Within their system the party has made sure that more and more opportunities are given, thus helping to sort out the imbalance that exists. For both women, and Muslim women more specifically, there is a slow change; more and more Muslim women are participating."

"It is absolutely vital for any party that both sides, male and female, participate in making a better society. If you lose fifty marks before you sit an exam, what chance do you have of passing? If a boxer ties one arm behind his back, he cannot possibly win, perhaps not even survive. What Allah has given us is that both sexes are equal; both have great awards awaiting for them if they do good work, and both are entitled to try to earn this reward in this world."

Then the topic turned to Turkey:

"We can see that Turkey is on a journey. There is less military intervention in Turkey today, which is a good thing, and more women are coming through in the Turkish political process. On a personal level, I want to see Turkey, which has a proud history, to be an example and model for the Muslim world; there is a genuine problem and deficit in the Muslim world and I would love to see more Turkish women participating."

"I also want to see Turkey as part of the European Union; historically and geographically Turkey is in a position where it sits comfortably between the two sides – between the West and the Muslim world – as a bridge. With all the tension we see in the Middle East, there is a clear need for a country like Turkey to play a political role. I would also like to see the institutions that are being established take on a greater role, as well as working for greater participation of women in the political process. I would like to have a Turkey that is looking outward, providing the leadership that the world actually needs."

Afzal Khan is convinced that Turkey has a place in the EU, and has the following to say on the matter:

"If we look at the different chapters that have been opened for Turkey, clearly there are issues. Many chapters have been opened and many are still closed. But economically Turkey is doing better than any area in the European Union. If we are to follow the rules that are open and transparent and fair, then Turkey should be admitted; but we know there are some political issues being played. The EU needs to address that; one single member of the EU should not be able to hold the entire EU hostage. If Turkey joins, it will make the EU stronger, and Turkey will become a world player. Turkey will be economically, socially, politically and culturally enriching for the EU."

"The EU needs to stop living in the past. We are living in a world that is interconnected and interdependent. The more diverse you are the stronger you become. Turkey [as a Muslim country] will make the EU stronger."

The topic then turned to more general issues. I asked Mr. Khan what had made him go into politics

"…the whole idea is the art of trying to make a difference, the art of possibilities. I realized there was a deficit, that the leadership was 'male, pale and stale', that is fundamentally the white middle class was running the show. But this leadership does not reflect what society is. The under-represented, or unrepresented segments need to be involved in the decision making. The further away a government is from such people when decision making is being carried out, the less likely it is that this government will be successful. This gap needs to be narrowed. I am very pleased that in the last 15 years more young people, more women and more Muslims have come forward; this is rewarding."

"What drives me forward is that the higher up you are the more chances you have to get things done. I was able to make contributions during the attack on Gaza, to help the Palestinian brothers and sisters. I have also had the opportunity to speak against ISIS, an entity that has brought the good name of Islam into disrepute. The important thing is to speak justly, even if you are speaking against your own. So whether it is speaking against Israel or against the so-called Caliphate of ISIS, I have been able to do that. If you have a position, you can use it to make a difference." The talk then turned to the British Muslim representation in the European Parliament, and the British political scene in general: "There are four MEPs from Britain who are Muslim. I am the first one from the Labour Party; there are two from the Conservatives and one from UKIP."

"Basically if you look at the historical context, whenever there is a recession the far right emerges; at times like this vulnerable groups are blamed for the ills of society. This is what UKIP is all about; they are nothing more than sound bites; they have no answers or no solutions. Indeed, they would not be able to run anything. If the economy takes off, UKIP will disappear. Their success is part of the blame culture and in such a situation it is the vulnerable sectors of society that suffer. We need to keep UKIP in perspective; they have only a few 100 councilors and 1 MEP. Indeed, it is possible to say they are quite irrelevant."

It was time for Afzal Khan to go; he had places to be and people to talk to. But the half an hour conversation I had with him were enough for me to understand why this was the first British Muslim MEP. He is a man of energy and conviction. We need many more like him, speaking out for justice and standing up as an example of how a Muslim politician should present themselves.