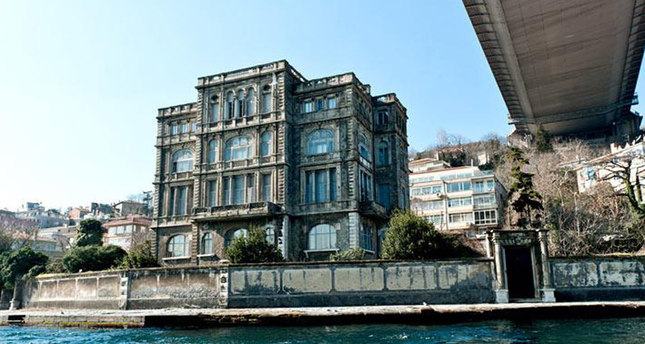 The historical waterfront mansions of Istanbul are one of the most prominent features along the Bosporus. In a city rich with history, the story behind these nostalgic properties has been a subject of curiosity for years

The Bosporus is the point where the Asian and European continents meet, only to be kept apart by a strait that runs through the middle from the Marmara to the Black Sea. Here, waves both calm and wild meet civilization as they splash a shoreline dotted with waterside properties which hide alluring pasts and tell delightful stories.

The Yalı, as they are known in Turkish, refer to the waterfront homes found on both sides of the Bosporus. Dating back to the Ottoman period, some as far back as the 17th century, these properties reflect the era's ethnic diversity. During this period, these houses were used as summer homes for state officials or simply rich families who were able to afford the upkeep of such enormous properties.

Traditionally built from wood, the architecture of these mansions varies. During the Ottoman era, the colors of the yalıs depended on the social position or occupation of the owner. Red-colored yalıs belonged to civil servants, shades of grey indicated non-Muslim occupants (Christians and Jews), while lighter colors such as white, yellow, and beige were a sign of Muslims in residence. The history and culture behind these mansions is so detailed it could fill an entire book.

The oldest surviving yalı in Istanbul is the Köprülü Yalı, which was built in 1699 in Kanlıca for Grand Vizier Amcazade Köprülü Hüseyin Pasha, a member of the highly influential Köprülü family. Originally much larger in size than it is now, the waterfront property consisted of many different sections. Due to a fire and general decay suffered as a result of its age, only one section of the once-spectacular mansion remains. The most expensive yalı on the Bosporus belongs to the Erbilgin family, named Erbilgin Yalısı. At 100 million euros, Forbes Magazine has listed this estate as the fifth-most expensive home in the world. Originally known as Şehzade Burhanettin Efendi Yalısı, the house was built in Yeniköy. With 64 rooms spread out over four floors, this yalı is the largest on the Bosporus. In 1911, the estate was purchased by Abdülhamid II's son Şehzade Burhanettin Efendi, and soon came to be known by that name. Years later, when Mısırlı Ahmet İhsan Bey purchased the estate, it became known as Mısırlı Yalısı. Today it is known as the Erbilgin Yalısı, named after it was purchased and restored by the family.

Yılanlı Yalı, which translates literally as "Snake Yalı," has quite a story behind its name. Unlike other mansions on the Bosporus, this yalı did not get its name from its owner or builder, but from a rumor which was started to keep away buyers. Legend has it that Sultan Mahmud II caught a glimpse of the property while out on a tour of the Bosporus. Having liked the mansion, he brought up the subject of purchasing it to Said Efendi, who was the foreign affairs minister of the time. Said Efendi also had his eye on the mansion at the time, and in order to stop the Sultan from purchasing the property, he made up a rumor saying that the yalı was infested with snakes.The rumor got around and the name Yılanlı Yalı was forever attached to the property.

Known for its breathtakingly beautiful architecture, the Kont Ostrorog Yalı ranks among the most glamourous buildings on the Bosporus. The mansion was bought by Leon Ostrorog, who was an Islamic law expert and served as a consultant for the Ottoman Empire. The Polish-born Ostrorog bought the house in 1904,where he lived with his wife Jeanne for many years, and housed guests such as the famous French writer Pierre Loti. The property was purchased by Rahmi Koç in 2000 who has managed to keep the original essence of the home alive by displaying the personal belongings of Ostrorog and his family.

Every waterfront mansion located on the Bosporus has a background full of history just waiting to be discovered. With more than 360 properties dotted along the shoreline of the Bosporus the smell of nostalgia is unavoidable.