Between Europeans and Ottomans: A portrait of the dragomans 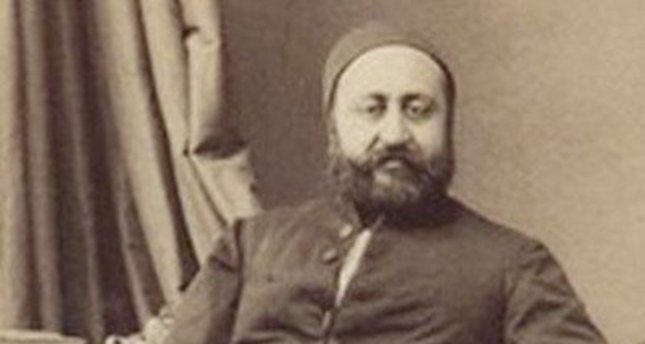 The translators who lived in the Ottoman capital, known as ‘dragomans,’ were not only responsible for translations and correspondence, but also acted as mediators between Ottoman sultans and Western ambassadors in Istanbul

We will be taking a stroll in the historic, cosmopolitan and nostalgic district of Beyoğlu, where life is always bustling and full of color. A narrow dead-end street, Tercüman Çıkmazı, on Kumbaracı Yokuşu greets us with stories waiting to be discovered. It was once the location of a former school, Ecole des jeunes de langues, established to train French pupils as "dil oğlanı," literally meaning language boys, in the 17th century. Having studied both in Istanbul and Paris, they acted as cultural mediators between Western powers and the Ottomans.

The multiethnic and multilingual Ottoman capital was bound to employ translators and interpreters, better known as "dragoman" or "drogman" in Europe, because the borders of the empire extended from Africa to Central Europe in its golden age. Even before, dragomans were responsible for translating treaties, commercial and political correspondence and negotiation, mediating foreign delegation meetings and solving disputes between the Sultan or the Grand Vizier and Western ambassadors in the Ottoman court – the Sublime Porte. Historical accounts offer plenty of information about early dragomans such as Greek Yunus Bey or Bavarian Mahmud Bey, the two important names of the 16th century. Excelling in Persian, Latin, Croatian and Arabic, the Hungarian-born Murad Bey translated Cicero's work "Cato Maior de Senectute" (On Old Age) into Ottoman. A century later, the title of dragoman was mostly dominated by ethnic Greek families residing in the Fener neighborhood, including grand dragomans officially called "hümayun tercümanı," which derives its origin from the Arabic word "tarjuman."

Representing all walks of life, many Austrian, German, Italian, Greek and Venetian men who previously converted to Islam and were exclusively trained in diplomatic language and oral translation enjoyed supreme positions at the Sublime Porte. Although they came from different cultural and linguistic backgrounds, it was easy to identify imperial dragomans and even their family members. The two watercolor paintings displayed in the collection of London's Victoria and Albert Museum give us intriguing clues about their favorable life conditions. One of them depicts a grand dragoman "in a white silk robe and a red jacket with fur-trimmed sleeves, making obeisance to the right." In those days, imperial dragomans were following court officials and generally positioned between the sultan and the ambassador. They are portrayed in dark blue gowns with fur collars and caps, too. Indeed, certain resources suggest different dress codes for dragomans such as black for Jews, yellow for the Orthodox and red for Armenians.

If we take a look at the second painting, the family of a court dragoman shows the benefits of working for the empire. A mother with her two children is standing in front of an Ottoman-designed sofa and a rococo-style table next to it. The walls of the room are covered in French silk. Interestingly, the small boys wear the outfit worn by imperial dragomans described above. The public description says the painting "reminds the viewers of the exchange of fashionable ideas in design between the Ottomans and France." The family must have been wealthy enough "to afford the expensive imports of French furnishings," it continues. Some accomplished imperial dragomans were assigned to higher positions and were influential in foreign politics and diplomatic relations as well.

Revisiting the French school previously mentioned, it was once the main language institution that later laid the foundation of the Ecole de Langues Orientales, or the National Institute of Oriental Languages and Civilizations (INALCO) in Paris. Established in 1795, the prestigious institute, which still offers courses in Asian, Eastern European and African languages and civilizations, marked its name in history with its Turkish language department to educate professional interpreters. Prior to its foundation, the Venetian Republic had already sent its young citizens to Istanbul to learn oriental languages as well, and Ottoman authorities trained native Ottoman citizens as dragomans at translation chambers until the 19th century.

Before wrapping up, it is worth to mention that intercultural dialogue flourished with the works of the multicultural dragomans. Just to name a few, Ahmed Vefik Pasha adopted 16 plays of Moliere into Ottoman Turkish, while Austrian dragoman Joseph von Hammer-Purgstall translated Persian poet Hafez's "Divan" into German. Andre du Ryer, the chief dragoman to the French ambassador in Istanbul, contributed to Turkish and Arabic studies with his translation of the Quran. Residing in the Galata neighborhood, Jean Baptiste D. Holderman wrote the book "Grammaire Turque" (Turkish Grammar). Many others either wrote or translated dictionaries, course books, encyclopedias, travel accounts and traditional tales into Western languages.