Joko Widodo: Man of the People 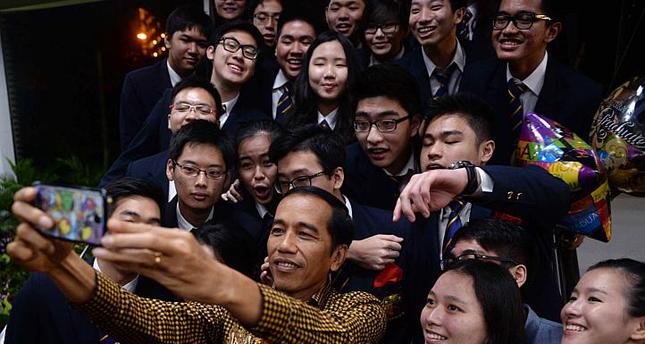 On Dec. 20, The Economist declared its country of the year. The winner was Tunisia, well deserved for their democratic progress. However, it was the runner-up, the Indonesia, that attracted my attention

The runner up was Indonesia; Indonesia is the world's fourth most populous country, and the largest Muslim-majority country. In October of this year the new president, Joko Widodo was inaugurated. Joko Widodo (or as he is known, Jokowi) is a man who came up from the common folk; he is not from the normal ruling elite. Jokowi came on a reformist platform, promising to fight corruption and cronyism.

Jokowi has a respectable background; although not one of the ruling elite, he is no newcomer to politics. He first owned a furniture business and then won a popular vote to become the mayor of the town of Surakarta in Java. In 2012 he became governor in Jakarta, again through a popular election. He worked to solve a number of problems in the city, helping to reduce the traffic problems and focusing on the devastation wreaked on the city by the annual monsoons.

After being named as the presidential candidate for the Indonesian Democratic Party of Struggle (PDI-P), not only did Jokowi have problems at first getting campaign funds, due to the fact that he was perceived as an outsider on the political scene, but there was also a smear campaign that claimed he was of Chinese descent, i.e. a Christian who was really called Herbertus Joko Widodo. This campaign made great headway; in order to prove that such claims were unfounded, this Javanese Muslim waged a door-to-door campaign to put the record straight. He also went on a minor pilgrimage to put this nasty rumor to rest.

The fact that Jokowi was able to be elected as president of the country is down to the fact that when mayor and governor, he completed the projects he started as well as making the government more answerable at the local level. Jokowi's platform was that he would handle national government in the way he dealt with local government. One way he promised to do this was by appointing professionals to his Cabinet rather than party leaders; the former would ensure his government was innovative and constructive, while the latter would secure the party's support when trying to pass legislature.

Of course, this meant that the old guard looks on Jokowi with suspicion. The opposition, led by Prabowo Subianto, has profited from this. The leaders of the opposition coalition want to block Jokowi's reforms and have tried to prevent the president from controlling important legislative posts, thus bogging the government down. They have also used a familiar tactic; claiming that there was election fraud and corruption during Jokowi's tenure as governor of Jakarta.

Indonesia is a country with serious problems; President Suharto reigned for three decades, and after his resignation in 1998 serious changes were taken to try to bring the country into a more democratic form. The constitution was amended, bringing significant changes to the executive, judicial and legislative branches. In 2004 the people were given the right to directly elect the president.

There are regional problems in Indonesia as well, with one of the most important one being in the region of Papua; here not only are some of the world's largest copper and gold mines located, but it is also the only remaining area in the country in which separatist conflicts continue. In recognition of this fact, Jokowi has appointed Yohana Yembise, the first Papuan woman to be given a Cabinet appointment, as his minister for Women's Empowerment. Moreover, Jokowi has pledged to increase dialogue between Jakarta and the Papuan provinces.

Jokowi has been accused of being basically a local governor, with little or no experience in the field of foreign affairs. He has appointed the first female foreign minister, Retno Marsudi. What impact this appointment will have on foreign relations in the future is still unknown.

However, some of the most striking actions that Jokowi has taken in the first months of his tenure have been concerned with foreign affairs. The territorial fishing waters of Indonesia are victims of poaching. Jokowi ordered the coast guard to confiscate Vietnamese fishing boats; they removed the crew, and then blew up the empty boats. This is quite a stunning policy, giving a very clear message to Vietnam.

In addition, in response to Australian navy ships entering Indonesian water when turning back boats full of asylum seekers, Jokowi's government has sent a stern warning to the larger nation. Jokowi said that "We will give a warning that this is not acceptable…we have international law, you must respect international law."

The policy of the former government was "thousands of friends, zero enemies." But the new approach puts national interests first, and is more realpolitik. The Indonesians need to have sovereignty in their waters, and they will take no more incursions. Their approach to their airspace is much the same; in November of this year a Gulfstream jet carrying officials for a Saudi prince was forced to land and pay a hefty fine as it had entered Indonesian airspace without permission.

Jokowi has appointed the greatest number of women to the cabinet, and many of his ministers are outside the normal elite. The six presidents before him all made their way up through either the military or the party, but Jokowi has been elected on his past performance.

Another interesting aspect of Jokowi's short tenure as president was that when he and his wife went to their son's graduation they flew economy class. This is a direct reflection of the example set by Caliph Umar; when working for the state, use the state's finances, when doing something personal, use one's own finances.

But the question that Time asked is very interesting. "Can …Jokowi deliver? Jokowi as the governor of the capital, Jakarta, is known as a man of the people, taking regular jaunts onto the streets to talk with voters and instituting improvements to welfare programs. But running a city – even one as large and unwieldly as Jakarta – and governing the nation are two very different things. As president, Jokowi would have to push reforms through parliament….whatever happens, Indonesia's parliament will likely be a messy place filled with contending political movements…"(Time, October 2014)

In order to address this problem, while including people in his cabinet for their expertise, Jokowi has had to make serious compromises in appointments to ensure that his government can function. He has been criticized for this, but again such actions seem to be more realpolitik than selling out.

This is the story of a brave man, a man of the people, rising to the top in a country which was traditionally run by an elite few who have vested interests. Indonesia is a country in which the system allowed for rife corruption and cronyism. Serious changes have been made, but the status quo had to be challenged. If Jokowi is the man to do this, then he will have a tough fight on his hands. He has already been the subject of one smear campaign. The thing about fighting corruption means that the deeper you go, the dirtier the fighting gets. Such smear campaigns will increase and Jokowi will probably find himself getting accused of more and more serious "crimes."

This scene is all familiar. A man of the people taking on the status quo to secure greater rights for all. Right now the establishment, in the form of the Western press is on his side. But it will be interesting to see if they remain supporting him as he cuts through the cordons of corruption. This is when the equilibrium is upset; anyone with vested interests will take up any angle of the story which suits their ends. When the fight gets serious it is hard for the outsider to discern what is really going on under all the flying hair and dust.