A California castle, Ottoman and gibberish: What are they hiding? 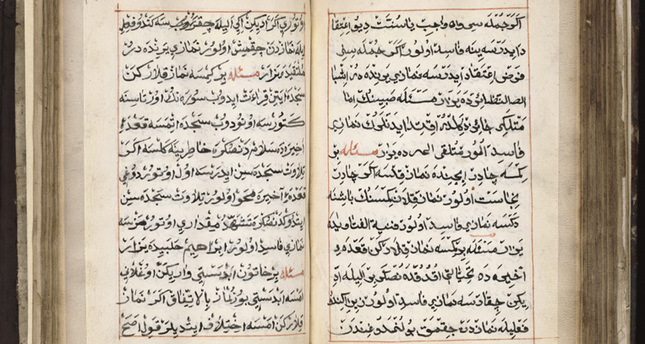 Outlawing the Ottoman language and immediately changing the alphabet caused millions of Turks to become illiterate and forced generations to come to accept history as it was presented. That move paved the way for the storyteller to dictate the ‘correct’ history

Ignorance. This is what the recent "Ottoman Turkish" education debate is really about. A trip to California taught me that.

Atop a small hill right off of the Pacific Coast Highway in California, sits a mansion. The palatial estate known as Hearst Castle, is located about half way between Los Angeles and San Francisco. The chateau was left to the State of California as part of William Randolph Hearst's will and is currently a state park and national landmark.

I toured the castle in 2005 and was impressed by its massive art collection that Hearst had purchased from the various palaces, churches, and monasteries of Europe, including Turkey. President Roosevelt and Prime Minister Winston Churchill, among a long list of politicians, entertainers, and various other famous dignitaries were hosted at the castle in the 1930s and 1940s.

Churchill and Roosevelt would have toured the manor as I did and would have seen the various pieces of Turkish art purchased for display. This includes a piece consisting of turquoise tiles which make up a Calligraphic design. I remember looking at the tiles, trying my hardest to read what they said. I could make out a word here and there, but alas the rest looked like gibberish. Because they were gibberish.

I'll get back to the castle in a second but first, a little about me. I was born and raised in New York. Naturally I was taught English throughout my K-12 school years and took German as part of the mandatory foreign language requirement imposed by "the government." The government of the State of New York to be precise. My other options were Latin, French, and Spanish (Mandarin Chinese is also now taught). About half of the students in my middle school and high school took Latin. Why would anyone study an ancient language that isn't spoken anywhere in the world? A "dead" language?

The New York Times published a piece in 2007 by author Harry Mount in which he praises the study of Latin in American schools. Of the 44 U.S. Presidents, 33 have studied Latin he says. Clinton Studied it for four years, George H.W. Bush studied it in High School, New York Mayor Giuliani studied it extensively at a religious Catholic school. Kennedy studied it at three different schools. Obama, later elected president, studied it at Harvard Law School. Not only modern leaders studied Latin, he points out. The Founding Fathers were in love with Latin he says. Jefferson read ancient works in their original Latin. The NYT op-ed piece continues, "Know Latin and you open up 500 years of Western literature."

Back to the castle. I couldn't read the Turkish calligraphy, not because it was written in Arabic text (I learned the letters as a boy in only a few days, taught by my 90 year-old grandfather) I couldn't read it because the tiles, which were disassembled for the journey to the United States, were incorrectly reassembled in California. One of the richest men in the United States, a billionaire, with thousands of employees and assistants, one who hosts kings and princesses and presidents, was unable to reassemble a 10-piece puzzle. The reason for this is ignorance. No one knew the tiles were in the wrong order.

Outlawing Ottoman Turkish and changing the alphabet to a French/Spanish hybrid wasn't done because of the newly formed Republic's preference for French (why not switch to English letters?) but was done out of necessity. If you want to start from scratch you need to erase history. You need to be able to control knowledge. My 90-year grandfather became illiterate overnight and six-months later found himself breaking the law every time he wrote a grocery list or sent a letter to a friend. Writing in the Ottoman alphabet became illegal.

The move was genius. It immediately caused millions of Turks to become ignorant and forced generations to come to accept history as His Story. The story-teller dictates the story of course. Supporters of the move will tell you, Arabic letters and Ottoman Turkish would have kept Turkey from becoming an advanced country. Ok, so why not add the Latin alphabet, as the Japanese did after World War II, while still preserving the original Turkish alphabet? Why outlaw a language, any language at all?

When I pointed out to the Park Ranger the obvious mistake made by Hearst, she said, "in the 20 years I've worked here, no one has pointed this out." So why do so many Americans embrace the roots of English, Latin, including the vast-majority of U.S. presidents, while the elite of Turkey are so vehemently against the teaching of the Turkish of our grandparents?

Current proposals call for it to be mandatory at religious schools and optional at traditional schools. Latin was mandatory at New York Mayor Giuliani's religious school, so why not in Turkey? What are the Turkish elites afraid of? Eight of the G20 countries read in non-Latin letters, has this stopped them for being "advanced?" Are the Japanese and Chinese uneducated and ignorant? According to the IMF, China is now the world's largest economy. Should Turkey now abandon its current alphabet for Mandarin? What if India overtakes China in 20 years? Should we switch again and outlaw Mandarin?

The answer to the why lies in the NYT article. If you "know" Ottoman Turkish, you will unlock 500 years of Ottoman literature and thousands of years of Arabic knowledge. What don't you want us to learn? What are you hiding?