The values that keeps Turkey together 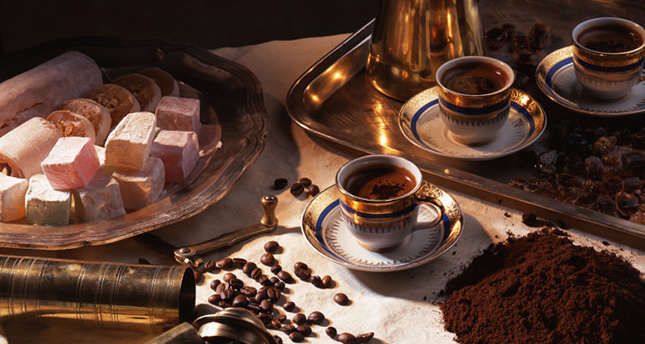 Turks have many unique values that govern everything from the food and drink we consume to the goods we produce and our traditions. These values not only bind us together and strengthen our national unity, but each of them is also a brand that can be introduced to the world market

Ordering an Italian pasta or pizza in a restaurant sounds cool, doesn't it? But a kind of inferiority complex lies behind our excitement about foreign drinks, foods, house goods, clothes or accessories. Over time, we have swapped our unique values with these foreign values and brands, but Turkey has many cultural assets that play an important role in defining who we are. Turkish coffee, the tea that we drink in thin tea glasses, rugs and carpets ornamented with different motifs belonging to various regions, fresh bagels that we eat in the morning, eids (festivals) along with their dinners we eat together that symbolize our national bond, playing backgammon and many others are all cultural practices and artifacts that distinguish Turks from other nationalities. What would happen to us without these values? Turning these values into brands and introducing them to the world market is the job of private and state establishments.

Although it is also seen in the Arab, Buddhist and Hindu communities, the evil eye talisman has a special place in Turkish culture. Turks attach this talisman to anything from a newborn baby to a newly purchased automobile. Sometimes this talisman is even attached to pets, counted like praying beads or hung in houses for protection from the evil eye. This object of superstition, used as an evil eye repellent, can easily be turned into a brand as an accessory.

Boza, which is a thick and slightly fermented millet drink, is one of the oldest Turkish drinks. It is still made and consumed in countries that once belonged to the former Ottoman Empire as well as in Central Asia. Evliya Çelebi recounted that there were over 300 boza sellers and nearly 1,100 boza makers during the mid-17th century in Istanbul. However, we rarely see a mobile boza seller walking the streets at night or the beautiful boza shops now. This Turkish drink, which is often consumed with freshly roasted chickpeas, can be consumed everywhere in the world.

Forget about the Italian spaghetti with different sauces. Who can say no to a buttery mantı with garlic sauce? Various types of mantı from Kayseri to regional variations from Ardahan, Kırşehir, Çorum, Niğde, Sivas and Tokat have the potential to conquer cuisines across the world.

Tarhana soup is a thick soup that can be served either sour or spicy. It can be also be found in powder form or with grains. In the Turkish city of Kahramanmaraş, people eat tarhana like fries. Originating from Central Asia, tarhana soup is popular in Uşak, Denizli and Beypazarı.

Handmade rugs and carpets dyed with madder and decorated with different motifs have already been overpowered by machine-made rugs, despite the fact that these unique motifs hide numerous messages underneath. Rugs and carpets woven by traditional methods in Hakkari, Kapadokya, Adana, Uşak, Diyarbakır, Manisa, Sivas, Hereke, and many other regions have created milestones in Turkish art history. Don't you think that sweeping our history aside is wrong?

When it comes to coffee, there is no point talking about European's filtered coffees or Americans who cannot start the day without drinking coffee because a small cup of Turkish coffee is stronger than all of those filtered coffees. Turkish coffee drives the sleep away in the mornings and helps your digestive system. People tell each other's fortune by looking at the cups, and a bride-to-be serves it when her future husband comes to visit her family. Our national drink, which is served with foam, is found in every coffee house in Turkey. As the English have their teatime, the Turks have coffee time.

The combination of cooked dry beans and rice is called the "national team" in Turkey. When they are both served with onions and fresh bread, nobody can say no to this meal. Over the past 10 years, the Black Sea Region's variation of this meal has been very popular. Although it is a unique taste, tourists coming to Turkey cannot find time to taste it, busy as they are eating shish kebab.

The tasbih (prayer beads) is a symbol of patience in prison, submission in prayer and serenity in old age. During the 19th century, people from all over the Islamic world came to Istanbul to buy the famous Turkish tasbih. The Turks use various materials while making tasbih such as emerald, onyx, pearl, amber, ebony, olive seed and pins.

Seagulls are more familiar with the simit (sesame bagel) than foreigners. Simit, which accompanies early morning tea, lunch time, snacks, cheese, olives, tomatoes and cucumber, should have already conquered the world and overthrown the croissant.