New motes in an ancient symphony 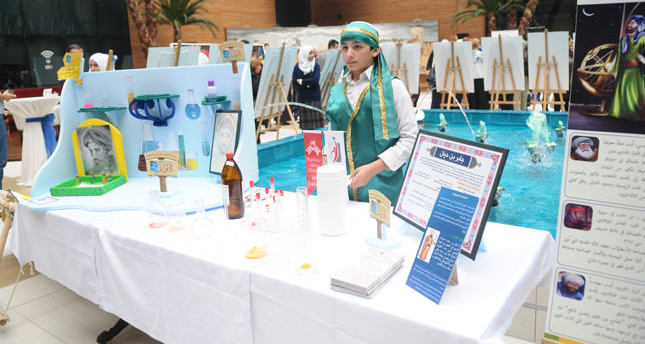 Turkey is historically a country in which society is made up of a number of different nations. The latest wave of people from Syria is merely the latest stage in this process. Some of the new-comers to Istanbul are truly heroic, although unsung. Let’s sing the praises of one of these heroes

Last night we were invited to a concert given by Candan Erçetin. The concert was great, Candan's voice was powerful and had an impressive range, and the band was made up of obviously talented musicians who enjoyed themselves as much as the audience enjoyed the music. But under the music was an interesting theme…perhaps an unintentional, accidental theme. Candan Erçetin performs a wide range of music, from pop to the more traditional Turkish "folk" music (I use apostrophes as Turkish folk is nothing like Pete Seeger or Lindisfarne). Halfway through the concert Candan started to play songs concerned with immigration. Herself from a "göçmen" background, i.e. from a family who immigrated to Turkey from the Balkans, probably during the Balkan Wars at the beginning of the 20th century, she sung in Turkish, Greek and a Balkan language that went unidentified, and which I am certainly not brave enough to hazard a guess at.

This immigration theme running through a concert in Turkey is hardly surprising. Turkey has long been a land that opens its doors to immigrants. In the 15th century Jews fleeing the Spanish Inquisition were brought to Turkey; 150,000 people came to reside in the Ottoman Empire, and if one considers the typical size of cities, even countries at this time, it is easier to comprehend what a huge number this was. Then, from the 19th century on, there was the influx of immigrants from the Balkans, Crimea and the Caucasus. Not to mention the Armenian and Kurdish populations that contribute to Turkish society. These waves of immigrants have enriched Turkey, bringing in new words, foods, customs and music. Today in Turkey there is a large number of Syrians who have come to Turkey to escape the civil war; they are just the latest stage in this process.

When a country is rent asunder by war, the choices people make are not always predictable. Some will take up arms on one side or the other, others will try to continue their daily lives, attempting to remain neutral; yet others will take advantage of the chaotic environment for financial or political ends. And then there are those who find that they have to abandon their home, their loved ones, their daily lives to find a safer place. Probably the greatest tragedy of this millennium to date is going on right now in Syria. Many thousands of people have abandoned their "homes" to try to start up life again. And many of these have come to Turkey, a country where they do not know the language and as a result, their hard-earned skills are usually of no benefit.

One such person is A.R. He has asked for his name not to be given, so as not to endanger those close to him who remain in Syria. A.R. was born in Damascus in the 1980s. He comes from a large family, with 10 siblings. One is an academic, another a high-ranking lawyer and one was a businessman (of course, the war put an end to all that). Two of his sisters are instructors in religious sciences, with another two being nursery school teachers, and one an expert in theology. In short, A.R., himself with a degree in law and an almost completed degree in media and journalism, comes from a good middle class family of educated and accomplished people.

When asked what made A.R. decide to follow a degree in law, the answer was simple; it was the family business. However, journalism appealed to him more, and thus while continuing to study law, A.R. started a degree in journalism. He had to abandon the latter degree before completing it as he was called up for National Service in the military. Having finished his tour of duty, A.R. was ready to leave the military behind him and return to a "normal" life.

However, this was not to be. The military recalled A.R. to serve again. He decided that under the circumstances in the country he could not serve again. A.R. did not state the reasons, but it is clear from the expression in his eyes that there must have been very good reasons.

Leaving his family behind in Damascus, A.R. came to Turkey in 2012. When asked why he chose Turkey, A.R. simply answered, "It was the best choice. It is a Muslim country, the government supports us and the people are kind."

A.R. goes on to try to explain why he came to Turkey and why he has stayed here: "In Turkey I can help Syrian people by carrying out charity work…"

The reason why A.R. is being featured here today is because of his dedication to helping the Syrian citizens in Istanbul. He is one of the many unsung, unassuming heroes from the Syrian community. Since 2012 until today he has worked with Syrian children in seven different schools in Istanbul, teaching them about the Muslim past. Indeed, the children that A.R. teaches are those who participated in the Golden Age of Muslim Civilization exhibition which was held in Fatih in November of last year.

A.R. went to the different schools, gave the teachers materials and helped to teach them about the history of Muslim civilization so that they could pass the information on to the children, inspiring them to a better future. He dedicated a great deal of time to this project, helping the children build models, learn and explore. One-hundred-and-fifty students from each of the seven schools were involved in the project.

When asked how the students reacted to this project and why he thought it was important A.R. responded with the answers the children gave. Some of these children, children who are far from the home that they knew, living in a country where they don't know the language, children who have very little hope for the future, told him that they wanted to be surgeons like Alzahrawi, or that they had been inspired by the story of Ibn Al Haitham, a man who discovered how the human eye works while incarcerated in prison. The idea that in very difficult circumstances (like that in which the Syrians find themselves) human beings can do something amazing and useful inspired these young minds. They learned that it is possible to explore, discover, invent…that it is possible to rebuild a country. At the moment A.R. is taking a well-earned rest from the project. After three years the project successively culminated in the exhibition in Fatih. But he worries what his future will be. Although a qualified lawyer and a keen journalist, the language barrier blocks his way in these career paths. He has been contacted by media companies, both in Turkey and from abroad, to represent them in Arab-speaking countries. However, as long as he holds a Syrian passport (or as he calls it – a "stop port") he is persona non grata in most countries today. Even if he were to have Turkish residency and a work permit, his Syrian passport prevents him from being admitted to almost any other country.

A.R. says that he has been to a number of different countries, but the country he loves most after Syria is Turkey. The people are more welcoming and more understanding than those in Arab countries. The Turkish government and the Turkish people have done so much to help the Syrians. A.R. sympathizes with those people who harbor negative sentiments about the Syrians; as he says, there are so many in Istanbul. However, it is the way the Turkish people have opened their arms and embraced the Syrians that makes A.R. love Turkey so much. But when he contemplates his future, A.R. does not know what awaits him. He cannot easily consider marrying or starting a family, as there is so much uncertainty around him. Will he be allowed to stay? Will he be able to work and earn a living? It is hard for those who have not experienced the same situation to understand how great a handicap an uncertain future must be.

A.R.'s preference is to return to Syria if peace can be restored there. However, he is realistic enough to understand that the chances of that happening in the near future are very slim. Failing that, he would love to stay in Turkey to use his "humble talents" to build a better future for the Syrian children, to help them reach their potential as useful members of society. A.R. indeed even dreams of taking his project about the Golden Age of Muslim Civilization to the Syrian camps, to the children there. He describes a moment from the project that sums up what it meant to the Syrian children in Istanbul:

"We noticed that the thing which drew most admiration from the students was the Elephant Clock. They tried to build their own miniature of it. They admired the fact that it combined symbols of earlier civilizations, such as the Chinese, Indian, Persian and Arab societies. They felt that although politics and beliefs may divide people, learning and knowledge could bring them closer to one another and promote their cooperation."

It is hard to imagine a more positive message to be given to future generations. This is the message that I took home from last night's concert. Politics and beliefs have and are being used to render people asunder. When a nation enables people from different cultures and beliefs to live side by side and to benefit from one another's differences it grows stronger. This has been the Turkish tradition, and it is this attitude that lies behind the policy of letting the Syrian people into Turkey.

It is rare people like A.R. who are equipped with the ability to impart this message. They stand out like shining jewels. A.R. is dedicated to better the future of the Syrian people in Turkey; he is working for the sake of the children, for the betterment of society, for both Syrians and Turks.