The historic journey of yogurt: From Turkic peoples to the world 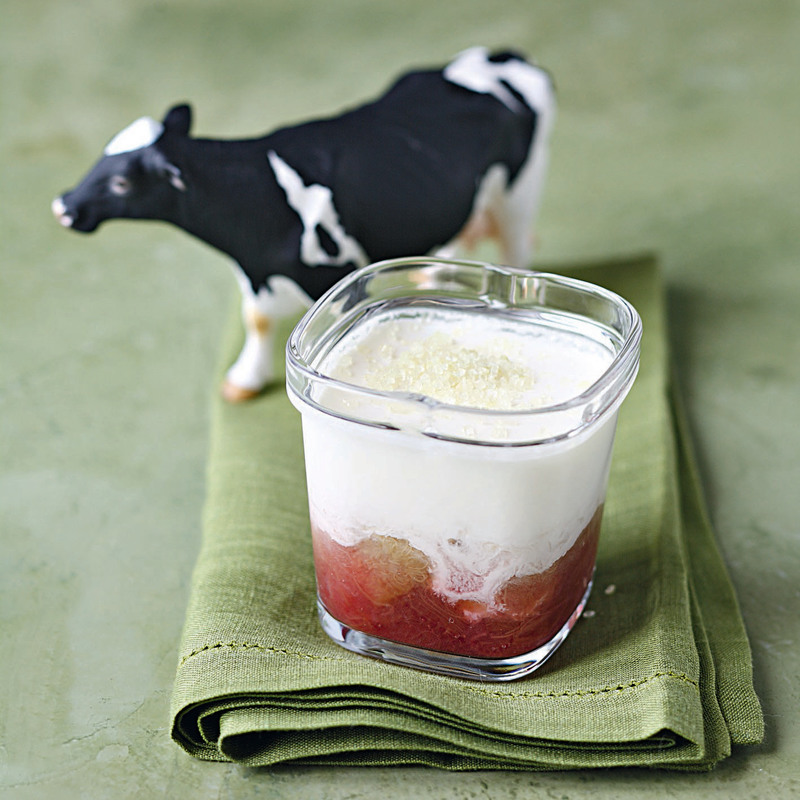 While debates continue about the origins of yogurt, certain scientific studies indicate that Turkic peoples may have been the first to discover this salutary food. Later, it spread to other continents with mass migrations

A German professor once said, "The invention of yogurt would have been enough for the Turks, even if they had not contributed to the history of civilization." According to a myth, an angel first imparted the knowledge to humankind by teaching Abraham how to make yogurt. Certain scientific studies indicate that Turks may have been the first to invent yogurt. The Turkish word "yoğurt" derives its origin from the verb "yoğurmak" (to knead), which refers to the fermentation of milk. Yogurt has found a place in many languages as a loan word. In 10th-century accounts of the Uighurs, yogurt is mentioned among the holy foods. It was later introduced to Asia and Africa during the mass migrations of Turkic peoples.

The 16th century is when Turks introduced yogurt to Europeans. French Emperor Francois I was suffering from serious diarrhea, and physicians were unable to find a proper treatment. Fearing for her son, the emperor's mother asked Ottoman Sultan Süleyman the Magnificent for help. Upon Süleyman's order, a physician set off from Istanbul on a ship with some yogurt made of goat's milk. Francois recovered in a short period of time after he began eating the yogurt, which was then called "the milk of eternal life," and took its place in medical literature.

Yogurt is a diary product fermented by bacteria, usually lactobacillus bulgaricus, which converts sugar into lactic acid. It also has strong antiseptic properties, specifically for the intestines. Considering that indigestion is the cause of many unfavorable conditions, yogurt is an effective product to prevent them.

The protein in milk gives the body strength without causing abdominal discomfort – unless the consumer is lactose intolerant. The fat content of milk contains lecithin, a substance necessary for brain and neural functioning. Furthermore, milk contains vitamin A, which is important for healthy eyes, vitamin E, which is beneficial for growth and development, vitamin B2, which is required for the protection of neurons and a healthy heart and vitamin D, which is essential for strong bones. Milk is rich in calcium as well.

There is one more reason why yogurt is popular in Europe. Russian bacteriologist Elie Metchnikoff from the Pasteur Institute, who was awarded the 1908 Nobel Prize in medicine for his research on immunity, said that the lactobacillus in yogurt is responsible for a healthy and long-life span. It would not be surprising then that Caucasians who live more than 100 years owe their long life to this delicious product.

After yogurt gained popularity in Europe, it was brought to the U.S. In 1932, an American physician began producing yogurt at his clinic. Late renowned nutritionist Benjamin Gayelord Hauser, who was the dietitian to Hollywood celebrities, recommended yogurt to stay young, fit and beautiful.

In the past, yogurt was an indispensable feature of Turkish meal times. Field beans, spinach, green peas and fried peppers, squash and eggplant are served with yogurt. If you put it on bread, you have a quick and healthy snack. To make a light dessert, you can add molasses, jam, sugar or honey to it. Tarhana, the regular cereal of the Turkish kitchen, is made of a fermented mixture of grain and yogurt. Yogurt is also poured on fried foods. If someone is poisoned, yogurt is eaten for its detoxifying effects. As a home remedy, it can be applied on burned areas of the skin to relieve discomfort as well. It is, however, not recommended to eat yogurt with fish.

When you add a sufficient amount of water to it, yogurt becomes "ayran," an appetizing traditional beverage. It goes well with kebab, Turkish pide and with meat and börek. In the east, some people drink tea with yogurt as well.

Yogurt is frequently mentioned in Turkish proverbs and in traditional "mani" (short poems), such as "Her yiğidin bir yoğurt yiyişi vardır" (Everybody cherishes his own way of doing things) or "Sütten ağzı yanan, yoğurdu üfleyerek yer" (A burnt child dreads the fire).

Many years ago, yogurt sellers were very popular in neighborhoods. They used to carry a long pole on their back with yogurt buckets hanging on each side, and you could see others carrying yogurt in pails on their head. Almost everyone used to make yogurt at home as well, and you could not get enough of watching someone remove the snow-white cream on it.

Unfortunately, yogurt does not grace our modern Turkish tables as commonly as it once did. I believe it is high time for us to honor this healthy product in our homes once again.
Last Update: Mar 06, 2015 1:21 am
RELATED TOPICS