The story behind the Ink 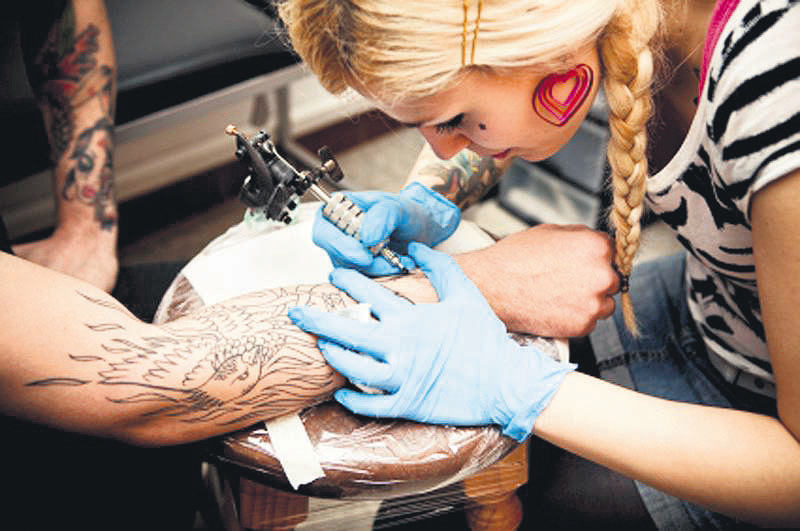 The art of tattooing has hit the 21st century as one of the biggest fashion trends. Previously this unique form of self-expression was not a common sight in Turkey and was mostly considered a taboo. Now this mindset has been swapped for more open-mindness and tattooed people are not exceptional anymore

People have marked their bodies with permanent tattoos for thousands of years. The first traces of tattooing were seen in the Neolithic Age and have made their way through history all the way up to present day. Whether these permanent markings are simple or complicated, big or small, they are almost always personal. Some use tattoos as a symbol of status, a declaration of love, religious beliefs, belonging to a certain group or simply as adornments and memories. The practice of tattooing has been subject to change in both method and reason over thousands of years.

All over the world, tattoos have meant something different. Each culture has looked at tattoos in a different way, and every civilization had different traditions attached to the art of tattooing. For example, in Samoa, tattooing was a ritual to set the rank and title of both men and women. Their tattooing tools consisted of wood and sharp boar teeth, which have barely changed throughout the centuries. It is thought that the word tattoo originated there from the Samoan word "tatau." In China, tattoos are generally associated with bandits and folk heroes. It was common practice during the time to tattoo a criminal's face as punishment or tattoo words such as "prisoner" onto their bodies. Egyptians and Indians, on the other hand, saw tattoos as a part of their culture. They marked their bodies with tribal tattoos and cultural symbols according to their social status. Britain was first introduced to the art of tattooing via the voyages taken to foreign lands. Captain James Cook was the first Brit who reported seeing people permanently painting their bodies. Quickly afterwards, tattooing became popular with sailors, seamen and captains who helped spread the art all over Europe. By the time the trend hit America, tattoos were still widely associated with sailors, but the art of tattooing and the hobby of getting tattooed was gaining popularity. What was once a way of identifying sailors lost at sea became a form of self-expression. It didn't take long for tattoos to become socially acceptable, and they became associated with the upper class and royalty soon after. These personalized marks were seen on celebrities, authority figures and, most importantly, the everyday common man.

In the past, tattoos were not a common sight in Turkey; we can even say they were considered a taboo. Since seeing someone with tattoos was really a rare sight, those who had tattoos were generally associated with bad habits and were considered a negative influence. It was tough for people just wanting to express themselves to do this publicly due to the misinterpreted ideas that followed the trend. In time, this mindset was swapped with a more understanding and open one. However, tattoos are still frowned upon in some parts of Turkey. Now, almost everyone either knows someone who has a tattoo or has one themselves. Especially in bigger cities such as Istanbul, tattoos are around every corner, and it's nearly impossible to take your eyes off the beautiful ways in which people choose to express themselves. The city is full of people with creative ideas and wonderful tattoo artists who make these ideas come to life on a daily basis. Whether you are in Taksim, Beşiktaş, or Nişantaşı, you are sure to bump into the boutique tattoo shops of some amazing artists.

We got a chance to sit down with the owner of one of these shops. Ilhan Bilir, an outstanding artist and the owner of Mama's Boy Tattoo, located in Teşvikiye, talked to us about his personal experiences as a tattoo artist in Turkey.

DS: How is this culture different from those abroad?

İB: I think tattoos are a really popular accessory these days; I can't separate it in terms of abroad and in Turkey. Tribal and gang tattoos don't apply to this of course. On the other hand, you have professionals who are painting skin with ink as a form of art. These professionals have followers and supporters all over the world. I think real tattoo culture comes from those who want to create art out of this trend and those who want to carry this art on their bodies. This can be thought of the same as taking home a sculpture or a painting.

DS: You have been in this sector for many years. What kinds of changes have you noticed over time?

Aside from developments in technology and sterilization, I think that the tattoo sector in Turkey is progressing very quickly. I see that original pieces have increased drastically; more tattoo artists are drawing their own pieces now. Customers have started doing their own research on the Internet for information and knowledge on tattoos, and come into shops really informed. This is how it should be in my opinion.

DS: What is the most frequent request you get for tattoos these days?

DS: What is the most unique and memorable tattoo you have ever done?

When you ask this question, the first thing that comes to my mind isn't a piece I tattooed myself but the first tattoo I got when I opened my shop. I had my mother, who doesn't know how to use a tattoo machine, tattoo her signature on me.

DS: Oh, is that where the name of your shop comes from?

Yes it is actually, I think of myself as a mama's boy. When I had to name the shop, it just came to me.

DS: In your opinion, what makes a good tattoo?

I think the most important thing in a tattoo is customer satisfaction. If I tattoo a customer, it's their satisfaction; if I get it myself then my satisfaction is key. Aside from this, quality and originality is always a priority.

DS: What advice would you give to someone looking to get a tattoo or open a tattoo shop?

My answer for both questions is the same. Think long and hard, stick to a plan and rules, educate yourself and whatever happens, never take a step back.

DS: You probably get this question a lot. Who tattoo's a tattoo artist? Do you tattoo yourself?

Tattoo artists are easy customers. They know what they want and are decisive. Most important of all, they would never hand themselves over to a tattoo artist who is incapable of doing what they're asking for.
Last Update: Mar 24, 2015 2:00 am
RELATED TOPICS