Japanese Culture: Not much for forgiving honor-tarnishing mistakes 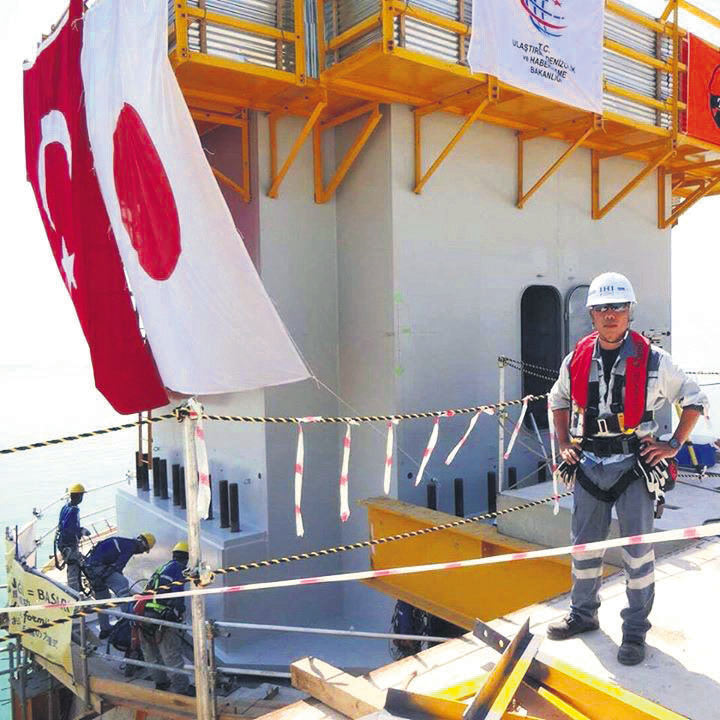 Protecting one's honor is a significant issue in many cultures, but it is even more indispensable when it comes to Japanese culture. Last week, Ryoichi Kishi committed suicide after blaming himself for the snapping of a cable on the 3-kilometer-long İzmit Bay Bridge of which he was a part of the design and construction team

The Japanese word "seppuku" – commonly known as "harakiri" among Turks – translates to stomach cutting, and it is a form of Japanese ritualistic suicide. In the past, only the samurai class was allowed to perform seppuku as a part of the bushido tradition, meaning the way of the warrior. Samurai used to prefer to die with honor rather than fall into the hands of their enemies and be tortured and killed.

Seppuku was abolished in 1873 after the Meiji restoration, which enabled the emergence of Japan as a modernized and westernized nation. However, voluntary seppuku has been practiced since then. According to Japanese culture, if a person does something wrong that can tarnish his honor or can harm other people, it is quite normal to commit suicide even today – not unlike the traditional seppuku way by cutting the stomach.

"Sakura" (cherry blossoms) have a significant cultural importance in Japan, and they are rich in symbols, ranging from representing clouds to Japanese nationalism. But they also represent human mortality. They are beautiful and short-lived, only lasting a few days. Unlike other flowers, cherry flowers shed their petals at the height of their beauty without discoloring, withering and dying. The Japanese believe that people are trained to die with honor and beauty just like cherry blossoms. The extreme beauty and quick death of the cherry blossoms are associated with the life of an honorable person. An honorable person should die without losing his honor and good reputation, say the Japanese.

This kind of way of thinking might be unusual for the whole world, but it is still part of the daily life of the Japanese. We witnessed a similar sad story last week when 51-year-old Ryoichi Kishi – a Japanese engineer who was one of the significant experts on suspension bridges in the world – committed suicide after blaming himself for the snapping of a cable on the of which he was a part of the design and construction team. Kishi left a suicide note that read: "I bear complete responsibility for what happened. Nobody else was at fault." The body of Kishi was found by schoolchildren at the entrance of a cemetery in the northwestern city of Yalova with his throat cut and wrists slit, Anatolia Agency reported. The body of the engineer was autopsied by the Bursa Forensic Institution, and after a funeral was held with the participation of high-level officers, the engineer was sent off to Japan. Kishi was married and had no children. He came to Turkey to work on this project, and he had been in Turkey for one year.

Cemal Gökçe, president of the Istanbul branch of the Chamber of Civil Engineers, evaluated the incident and said: "The cable was broken in the process of building [the bridge]. However, our colleague didn't see the issue like this. He thought dozens of vehicles could fall into the water while crossing the bridge. He blamed himself for this [mistake], and he put an end to his life."

According to a news article published by the Hürriyet daily, a Japanese newspaper correspondent in Turkey said, "I reported to the news agencies that a Japanese engineer committed suicide. It was not published in Japan, however, because there are officially 30,000 suicide incidents in Japan every year, and the number of people who commit suicide -- due to taking responsibility for a work incident -- is high."

From the perspective of the Japanese, the breaking of a major bridge's cable is a huge mistake that can tarnish a reputable engineer's honor, while other people, including Turks, might consider it simply an incident that happened during the construction process and be thankful that no one died. This is all about cultural differences, though. Dr. Erdal Küçükyalçın, a member of the Asian Studies Center at Boğaziçi University, said: "The most outstanding character of Japanese society is that individuals consider themselves responsible for any mistake. For a Japanese person, any failure that occurs in his or her area of responsibility is accepted as the direct responsibility of that person – even if someone else causes it. Attributing success to someone else and claiming responsibility for a failure is an indispensable principle of a manager. To be a leader and to lead others requires taking responsibility of the mistakes of other people."

The Japanese engineer showed how important it is to have strong ethics and morals by committing suicide for the mistake that he claimed was his own mistake. It was said that to keep Kishi's memory alive, a monument called the "Honor Monument" would be placed in Yalova's Tonami Square, which is named after its Japanese sister city. We hope that as long as that honor monument stays there, it reminds us how important it is to keep one's honor.
Last Update: Apr 02, 2015 3:50 pm
RELATED TOPICS