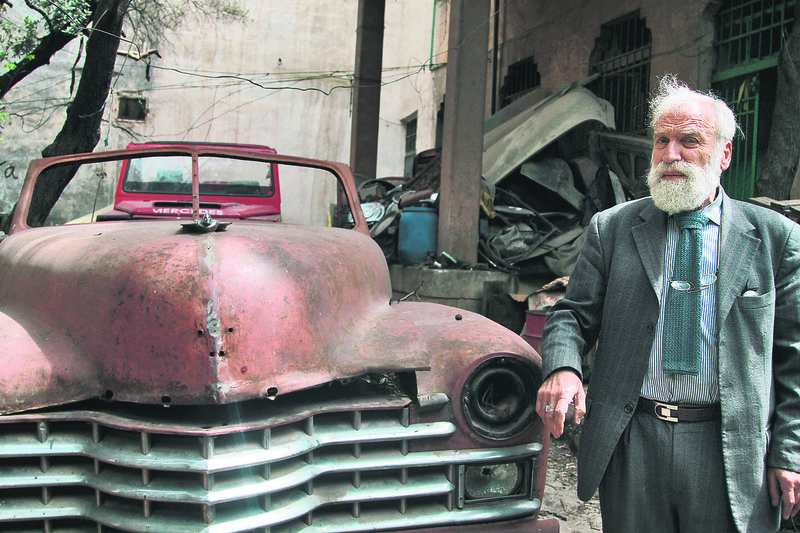 Antique lover and collector Abu Omar refuses to abandon all the things he has collected despite the situation in Aleppo, which is exposed to heavy attacks by the Syrian regime

Living in Aleppo, which was once considered a capital of commerce and tourism, Abu Omar, 70, does everything he can to protect his antique collection although historical inns, bazaars and buildings in the city have been damaged in the civil war. In a statement to an Anadolu Agency correspondent, physician Muhammed Muhiddin Enis Abu Omar said that he has 24 antique vehicles, including one from World War II, as well as many other priceless antique objects. Abu Omar collected antique automobiles belonging to former presidents of Syria in his museum and explained: "There are German manufactured automobiles from WWII in my museum and they still work. The cars that I have collected were featured in many Syrian films." Although bombs fall near his house, Abu Omar cannot leave his collection. "These cars are not only vehicles, they are history," he said. Abu Omar's museum not only displays antique automobiles, but also old British fans, telephones, radios, records, samovars, old car engines, priceless paintings, manuscripts, an old stove belonging to a French soldier who was married to an Arab woman and swords used in battles long past.

Explaining that he has removed the engines and upholstery of his automobiles in order to avoid theft, the Syrian collector said that each object in his museum means a great deal to him. "I am very sorry about the bullets that damaged the antique automobiles. I am anxious that the vehicles that transported the presidents once upon a time will fall into ruin."

Moreover, Abu Omar claims that he is also in possession of the glasses of Omar Mukhtar who organized the uprising in Libya against Italian forces in 1922. Stressing that the glasses have sentimental value, he said: "We know that one of Mukhtar's student took his glasses during the execution. Somehow, I got my hands on these glasses. They are very important to me."
Last Update: Apr 14, 2015 11:47 pm
RELATED TOPICS