Van in limelight for professionals from different regions 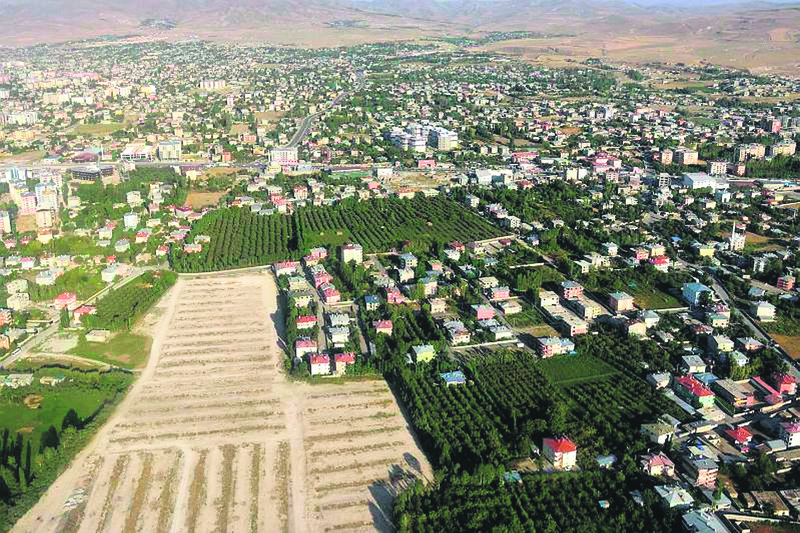 Van, an eastern province, which was long plagued by terror leading to migration to other regions, has now become a center of attraction, welcoming tourists from Turkey and around the world

Some chose to settle down in the eastern province of Van for their career, some to raise their children and others to maintain a peaceful life. People living in the eastern provinces of Turkey used to leave their homes to migrate to other cities, but now these provinces are welcoming immigrants from metropolises such as New York, Birmingham, İzmir, Istanbul and Ankara. So, why have these people left New York, Birmingham, İzmir, Istanbul and Ankara for small cities in the eastern part of Turkey? Here are some of their interesting stories.

Serap Kart was born in the Turkish capital Ankara. After obtaining her master's degree in tourism management, she applied to "American Cruise" for a vacant position and her adventure through the Americas and the Caribbean began. She later settled down in the U.K. after she saved up enough money by working in different countries. She continued her education in Birmingham, one of the most important metropolises of the U.K. following London, and then came back to Istanbul. On returning to her country, Kart began to work in the marketing department of Elite World Hotel. Following the Van earthquake on Oct. 11, 2011, this hotel chain decided to open a five-star hotel in Van, and the marketing department began to promote the hotel to travel agencies. But even the employees wondered who would want to go to Van for holidays. Kart and her team continued to work with passion, as they believed in the rich potential of the city.

When she was asked to work in Van, she accepted the offer without hesitation. "I did not think I would settle down here for good," said Kart, adding, "Van is an incredible city with its natural beauty and endless cultural values. For instance, there are three more islands in Lake Van besides Akdamar. They are all beautiful and interesting," she said. At first, Kart had a hard time making new friends, but she made Van her new home after 18 months. She goes to the theater and sees a new play every week. She goes out three days a week and reads all the books she did not have time for in the past and takes Latin dance classes.

Hıdır Geviş studied in the U.S. and lived in New York for many years. Three years ago, he moved to Istanbul and worked as a journalist and TV program producer. Following his success in the media, he founded a digital advertisement agency and currently works with international companies such as Leröy and Michael Page. However, Geviş has been living in a hotel suite in Van, as he wants to be close to an important client. He thinks that Van has high standards in many respects and believes that living in Van is easier than living in Istanbul. "People are breathing poison, not oxygen in Istanbul. People in Istanbul are pale because of it," said Geviş. He said he prefers a mobile life, living in different cities instead of becoming addicted to Istanbul and added: "Currently, I am living in Van. Maybe I will move to Paris in couple of months and live there for a while. There are flights everywhere. I can go to Istanbul from Van and fly to Berlin and London from there. It is possible to live like a world citizen in Van. I believe that I am too precious to be stuck in Istanbul. Every time I take a breath of fresh air in Van, I thank myself for making the decision to live in Van."

Geviş is also content with the social life of the city. He said there are many options. "The appetizers in Tepe Ocakbaşı Restaurant located on the terrace of Elite World Hotel are excellent," he said. He also gave a few tips about the restaurants and his favorite foods: "You can eat many local dishes unique to Van in Aşiyan or have a taste of the local meat on a Korean grill in Hanoğlu. You can try boiled meat in Hanedan or delicious "kavurma" (braised meat) in Birkoç, which is a very casual restaurant. You can eat ribs in an Anatolia restaurant in Edremit, ride a bike and have a picnic on Akdamar Island during springtime." He said he always finds something to do in Van and praises the local people. "They cherish people coming from other cities," he concluded.

Oktay Aksu, who is also working in the accommodation industry, came to Van from Istanbul. He worked in İzmir previously and met his wife there. Now they are both happy to live in Van. They have found the city as well as the locals very sincere and helpful. The Aksus complained about the hardships of living in Istanbul, especially the traffic, adding that they never worry about being late to the work in Van.

When Aksu, who graduated from hotel management, was asked whether the social life in Van was enough for him or not, he said, "It is always said that the social life here is limited, but that is just a myth. If you are a family, this city is great for raising children. Going for a picnic on the weekends is great fun because the nature here is very beautiful. We organize football matches and tours with friends on special occasions. We are enjoying ourselves here."

Gülağa Şentürk is also one of the managers who migrated to Van from the western provinces of Turkey. He is the food manager of Elite World Hotel. "You cannot find the quality of our desserts in any cafes in Paris," said Şentürk. Born in Yozgat, Şentürk moved to Van from Ankara and has been living here for the last 18 months. Although he had prejudices before coming to Van, now he is very happy with his life there.

Şentürk believes that Van is a border-metropolis. He said that Iranian tourists fill the city especially during Nevruz. "Most of the guests of the hotel are Iranians, but you can come across an American in the elevator," he said. "The Armenian Cathedral of the Holy Cross and Saint Bartholomew Monastery are the places that draw Armenian people to the region. Moreover, grey mullets migrate from Lake Van to the rivers at certain times of the year just like the salmon in Norway. Tourists come to the region just to see the fish migrate," he continued. The four people that we interviewed believe that people living in the western provinces achieve satisfaction. They all think that untouched eastern cities like Van, where energy and spirits are high, and which can offer many job opportunities, are the most liveable cities in Turkey.
Last Update: Jun 01, 2015 11:04 pm
RELATED TOPICS