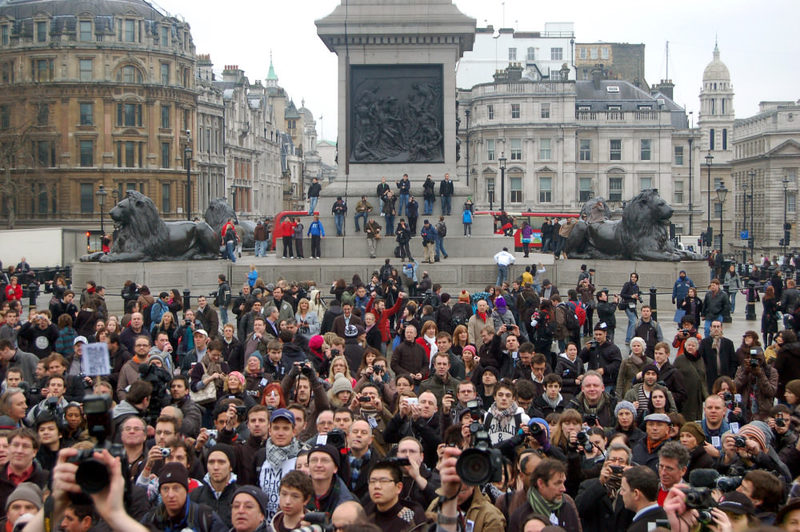 A new counterterrorism law was introduced in the British parliament in May, the seventh such bill in the last 14 years. While the government thinks the law will strengthen their fight against terrorism, Muslim communities are worried about the new regulations and have criticized the government for trying to protect democracy by undermining democracy

Britain is no stranger to terrorism. From 1968 to 1998, for a period of 30 years, the Irish Republican Army (IRA) posed a threat to mainland Britain. This period was known as "The Troubles." During this time many senior politicians were assassinated, including Queen Elizabeth II's cousin, Lord Mountbatten. In 1983 bombs were placed outside Harrods, a luxurious and popular department store in central London, just before Christmas, killing three people, three police officers and injuring 90 people. Another bomb exploded and damaged the Grand Brighton Hotel in 1984 during a Conservative party conference, killing five people, including a member of parliament and the wife of the chief whip. During The Troubles, 115 people were killed and over 2,000 people were injured.

The last major terrorist incident to occur in Britain was the tragic 7/7 in 2005 when four suicide bombers made a sequence of attacks, three on the underground and one on a bus, killing 52 people, with over 700 injured in the horrific attacks. The bombers claimed that they were detonating the bombs in revenge for Muslim deaths, particularly those in Afghanistan.(Here I am not including the terrible crime of Lee Rigby's murder – our focus is on crimes that caused numerous deaths.

Such a history of terrible acts of terror led the British government to introduce laws that try to stem terrorism and protect the British mainland. Indeed, when former Prime Minister Tony Blair's government proposed its first "Terro-Bill" (Terrorism Act 2000) some critics said that Britain already had more anti-terror laws than other Western states.

The large number of anti-terror laws has not stopped Prime Minister David Cameron's government, led by Home Secretary Theresa May, from introducing a new counter-extremism law. This is the seventh such bill in 14 years.

This new law is directly aimed at Islamic extremists and gives police and border officials the power to confiscate the passports of any suspected terrorists on the spot. They can also ban any suspected terrorists from entering Britain for a period of two years and will only be able to return to Britain under controlled circumstances. Suspected terrorists can be sent to live in different cities in the U.K., and the distance they are allowed to travel can be curtailed.

Universities will now have to create policies on how to deal with extremist. More sinister than this, Internet service and mobile phone service providers now have to not only retain more information, but they will have to give this information to the authorities on demand, thus allowing security services to match IP addresses to private computers.

But perhaps what worries people most of all is the obligation of universities, schools, prisons, doctors and city councils to report anyone they think is being drawn towards terrorism to the authorities. Even nursery school has to monitor those they serve, that is three to five year olds, to help prevent terrorism.

What has led to the introduction of a law that gives the authorities such a wide range of power?

Approximately 700 people have been identified as having traveled from the U.K. to Syria to join the Islamic State of Iraq and al-Sham (ISIS). Half have returned to the U.K., posing threats, according to authorities, not only of planning attacks, but also radicalizing friends and family members and raising funds for terrorist attacks. It has been claimed that the volume of extremist propaganda has increased. It is well known that it is easy to contact ISIS fighters through web forums or social media, and the worry is that this easily available propaganda will inspire others in the U.K. to mount terrorist attacks.

Britain's most senior Muslim police officer, Scotland Yard Commander Mak Chisthy, said that Islamist propaganda is so influential that it is affecting children as young as five. He said that police need to urgently "move into the private space" of Muslims to prevent young people from being radicalized. So, what is private space? According to Chisthy, it is "anything from walking down the road or looking at a mobile phone to someone in a bedroom surfing the net or someone in a shisha cafe talking about things."

Mark Rowley, the U.K.'s leading police officer involved in counte-terrorism, announced that the latest arrest figures demonstrate the dimensions of the challenge faced by British security forces in tackling the jihadist threat. These figures, apparently amount to nearly one person per day. This is a 33 percent increase in arrests linked to terrorist activities from the previous year, with 46 percent of the total threats being linked to Syria. The crimes listed as terrorist activities include fundraising for jihadist groups and the preparation and execution of terrorist attack plans.

The U.K. is not alone. A bill introduced in the U.S. House of Representatives on June 25 foresees the establishment of a new government agency, the Office of Countering Violent Extremism.

Both the U.S. bill and the proposed agency have been criticized in an open letter from the Brennan Center for Justice at the New York University School of Law, signed by 42 civil rights organizations. The bill is described here as "misguided and likely harmful." This bill is based on a theory of countering extremism that is not backed by data or research, nor is there any measure included for gauging what could be termed success. This legislation is seen as an "inchoate attempt to curb civil liberties that is likely to do more harm than good."

The letter goes on to say that the bill will result in "religious and political views [being] identified as markers of pre-terrorism that must be reported to the government." Not only will this stifle public discourse, but also entire communities will be stigmatized as potential security threats.

In reality, what do these two proposed laws mean? The laws put the onus on public professionals who have not been trained to identify terrorists to do just that. They have to report potential extremists. This creates what some have called an Orwellian nightmare, while others equate it to McCarthyism. Much like the McCarthy era, anyone suspected of harboring extremist, rather than communist, sympathies will be suspect and may end up losing their livelihood, or even personal freedom. That did not work well in the McCarthy era nor in Stalinist Soviet Union. It is little wonder civil liberty organizations are seriously worried about these two bills.

There is a much more serious problem here, one that lies in the very wording of both bills. What does the word extremism mean? There are good legal definitions of what terrorism is. The U.S. Code of Federal Regulations defines terrorism as "the unlawful use of force and violence against persons or property to intimidate or coerce a government, the civilian population, or any segment thereof, in furtherance of political or social objectives." But what is extremism?

The Oxford English Dictionary defines extremism as the holding of extreme political or religious views, fanaticism. But who is to define what is the norm and what is extreme? When pressed, British Home Secretary Theresa May was unable to define extremism. The definition used by the British government is: "… vocal or active opposition to fundamental British values, including democracy, the rule of law, individual liberty and mutual respect and tolerance between different faiths and beliefs." Clive Walker, a professor of criminal justice studies, commented that under this definition even the Scottish National Party could be labeled extreme.

Michael Grove, a Conservative deputy, said: "There is something rather un-British about seeking to define Britishness." Not only un-British, but terribly difficult. Is it a penchant for tea or curry? Or perhaps both.

Sir Peter Fahy, the chief constable of Greater Manchester, agrees that this definition has been left too vague and states that those responsible for reporting possible extremists will be left to determine the limits for themselves.

It is not a shocking revelation that prejudice against Muslims exists in the U.K. and U.S. For example, racial and religiously motivated crimes against Muslims have increased 66 percent, and this figure is for London alone. Compare that to the figure given for the increase in extremism, which is 33 percent.

Another problem is that the law specifically targets those who go to Syria. But not everyone who travels to Syria goes to join ISIS. There are people who go to Syria to treat the wounded or offer support to the groups opposing Syrian President Bashar Assad or even those fighting ISIS. Will such people be tarred with the same brush? Will they face the same fate? According to the proposed laws, this is highly likely.

According to Rashad Ali, counter-extremism specialist at the British Home Office's de-radicalization program: "You can't protect democracy by undermining democracy. … It is a battle of ideas, and we have to defeat these ideas by argument, not by banning. … What we need … is a counter-argument and a policy which can inspire [Muslim] society to defeat extremist ideas."

Professor Walker has been quoted as saying: "The danger with this type of legislation is [it closes] down legitimate channels [of communication]; it will simply send [communication] to darker places rather than dealing with it. … I would rather we encourage people who harbor extreme ideas to voice them so that we can explain … how mistaken they are. … they need challenging and debating."

Today there are claims that even the Palestinian struggle has been dubbed as extremism. A recent government report cited the fact that a borough council had flown a Palestinian flag during the Gaza war as an example of anti-Semitism. Indeed, some critics claim that any criticism of Israel is now tainted not just as anti-Semitism, but also extremism.

But surely such criticism is the heart and blood of democracy. Yet, according to the British government, democracy itself can no longer be criticized. Any criticism of neocolonialism or foreign military actions could easily be tainted as extremism, and thus non-mainstream ideas are forced underground, where they can fester and turn into something truly vile.

At face value, no one would argue that extremism is not a hideous beast that needs to be stamped out. But the struggle against extremism must not be confined to Muslim populations; groups like the British National Party and the Klu Klux Klan also have extremists in their midst, as do other political and non-political groups. These proposed laws harken back to the bad old days of suspicion and mistrust. People who hold beliefs that are not the norm will be hesitant to express them and open debate about fundamental ideas is under threat.

The only innovation is that now religion and belief are to be indicators of untrustworthiness, and entire communities, rather than individuals, will be suspect. Society and humanity surely have moved on from the days when everyone is suspect, when we worry that are neighbors might be Soviet spies posing as good Americans.

None of the above arguments take into consideration the question of from where these so-called extremists appeared. There have been a number of recent revelations suggesting the U.S. was involved, even if indirectly, in the rise of ISIS, as well as supporting some terrorists who are "active" in the UK and the U.S.. Indeed, some of the people going to Syria to join ISIS have also been supported, in some way, by the very authorities who are trying to prevent their activities. This dilemma faced by Western governments of creating a problem and then trying to solve it will be examined in Part II.
Last Update: Aug 01, 2015 2:23 am