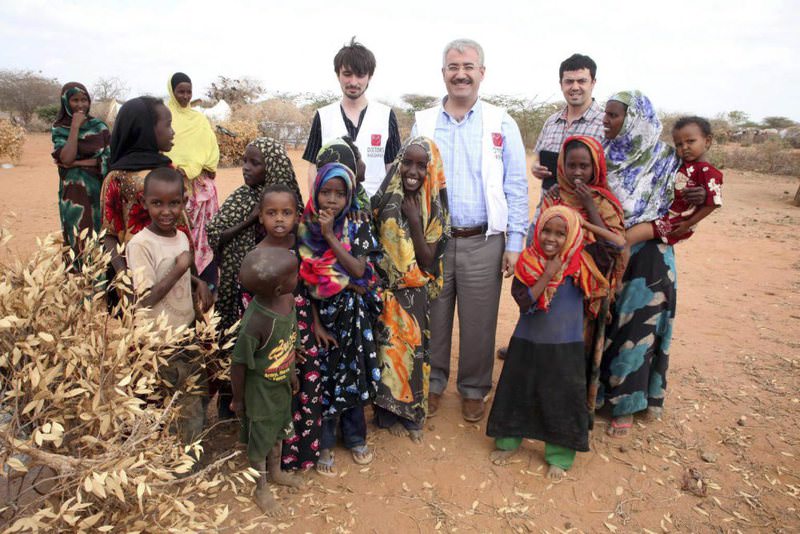 With many state institutions and nongovernmental organizations, Turkey lends a helping hand to more than 40 countries on four continents in many emergencies involving natural disasters, conflicts, wars and epidemics

Turkey was the third country that provided the most humanitarian aid with more than $1 billion distributed in 2012 among a number of countries. Released in Sept. 11, 2013, the Global Humanitarian Aid Report showed that Turkey allocated 0.21 percent of its gross domestic product (GDP) to humanitarian aid and ranked first on the list. According to information of the Prime Ministry's Disaster and Emergency Management Authority (AFAD), humanitarian aid was distributed to countries suffering from earthquakes, floods, drought, fires and civil conflicts.

To illustrate, 1,700 food packages were sent to Albania, which experienced disastrous flooding in February. Sanitary materials and equipment worth TL 105,000 ($35,600) were provided to Bosnia-Herzegovina during another flood in May 2014. Within the last two years, Turkey also sent 2,000 aid packages of dry food to Macedonia for Ramadan in 2014 through the General Directorate of Foundations. Worth TL 210,000, 800 wall dryers were sent to Serbia after it was hit by a flood last year. In January, 1,000 blankets and 1,000 kitchenware items were sent to Ukraine following the violent events that occurred. The Prime Ministry provided $1.5 million worth of medical aid, which also included 10,000 food packages, to the World Health Organization (WHO) for Palestinians after the Israeli aerial and sea attacks on the Gaza Strip in July 2014. The total humanitarian aid provided by AFAD for Gaza during and after the conflict was $8.3 million. Turkey also sent humanitarian aid in 761 busses to Mosul last year, and three accommodation centers with a capacity of hosting 34,500 people were set up in northern Iraq.

This year, Yemeni refugees in Djibouti, who fled from their homes due to civil conflict, received 2,400 food packages worth TL 317,000 as part of Turkey's humanitarian aid activities for Yemen.

Among the many Turkey-based NGOs that provide humanitarian aid to the people in need, the Humanitarian Relief Foundation (İHH) is chief among them. During Ramadan, for instance, the İHH delivered aid to 1,416,390 people in 360 cities spread across 96 countries around the world, including 76 cities in Turkey. The foundation delivered 249 truckloads of humanitarian aid to Syria where a civil war still continues. The İHH opened the Elif Giyim Mosque in Burkina Faso, which is one of the poorest African countries, and the Pir Seyyid Hasan Hüsameddin Uşşaki Mosque and Of Gönüllüleri Quran Course in Gambia. Moreover, İHH laid the foundations of the Hacı Hasibe Ticani Mosque and Nazmi-Salih Mosque in Chad.

The foundation also organized the delivery of 3,919 lunch boxes in Nepal's various regions. Approximately 20,000 people are believed to have benefitted from these lunch boxes. Furthermore, the İHH delivered lunch boxes to 26,000 families in Myanmar during Ramadan and distributed hot meals to 70,000 families. 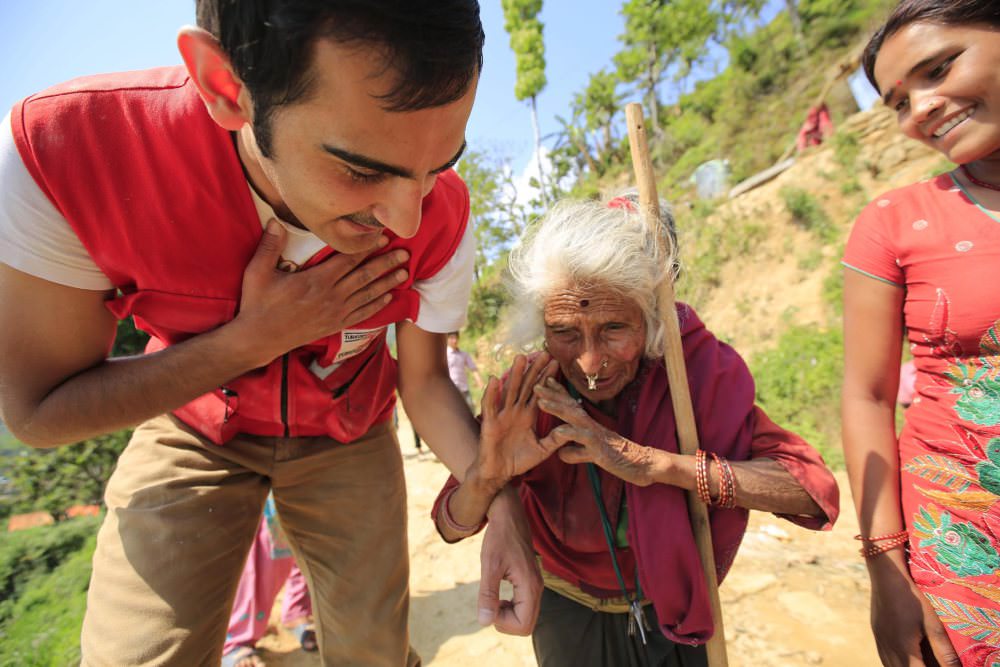 Doctors Worldwide Turkey President Kerem Kınık said they deliver food and medical supplies to 40 countries on four different continents. "We traveled 250,000 kilometers in total and visited 40 countries in the last two years. We examined 90,000 people and operated on 5,000 people in need," Kınık said. Doctors Worldwide organized medical aid while Gaza was still under attack in 2014. With the assistance of the Health Ministry, the organization evacuated Gazans through a successful operation. Moreover, Doctors Worldwide was one of the first organizations that reached the Central African Republic during the crisis in their country. They opened clinics for people who had to take refuge in camps located in neighboring countries, such as Chad and Cameroon.

Cansuyu Association for Solidarity and Assistance

Cansuyu Association for Solidarity and Assistance President Mustafa Köylü said they provide food supplies to 30 different countries and shared the abundance of Ramadan through the iftar (evening fast-breaking meal) events that the association organized. "We deliver Ramadan aid to nearly 500,000 people every year," Köylü added. He said the donations given after Qurban Bayramı, also known as Eid al-Adha (Festival of Sacrifice), last year were delivered to the people in need in 54 countries, and said they distribute sacrifice meat for Qurban Bayramı to 1 million people every year.
Last Update: Aug 25, 2015 11:42 am
RELATED TOPICS