Exploring new Turkey through the eyes of a foreigner 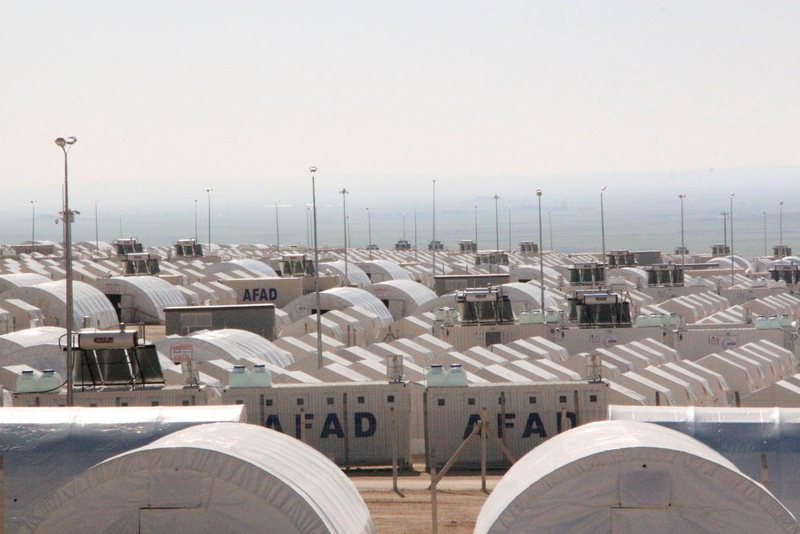 Signs of Turkey's recent development cover the entire Anatolian region. The country has made significant progress in the political, economic and social arenas over the last decade and its humanitarian efforts have been acclaimed throughout the world

Pakistan and Turkey enjoy a close relationship based on deeply-rooted shared history, common faith and political and economic affinities. The ties between the two major Islamic countries are not only restricted to government level but also involve person-to-person contact.

When I was in school, my grandfather, who was a retired British army officer, used to tell me stories about the Ottoman soldiers during World War I. Our history teacher also often discussed the Ottoman Empire. These stories made me eager to visit the historic country. My long desire culminated last June when I arrived in Istanbul from Dubai.

I was alone in a new country and rather tense about security issues. However, there is nothing to be concerned about regarding security in this country. I started my visit from Kadıköy, a beautiful neighborhood of Istanbul's Asian side on the bank of Marmara Sea, which is famous for its restaurants. Then I traveled to Istanbul's European side. Istanbul is a new world with a mixed culture. The beautiful historic mosques and ancient buildings revive the glorious past of the Muslims. The famous Mehmet Ali Mosque, Bosporus Bridge, Taksim Square, İstiklal Avenue and Grand Bazaar are tourist destinations. I also visited the hometown of the popular leader Recep Tayyip Erdogan in Kasımpaşa.

But when I reached Ankara, it was quite a different city. Ankara is charming, cool and calm. It is so peaceful that I wanted to stay there. Turks are honest and sincere but the people of Ankara are even more civilized. And when you tell them that you are a Pakistani, they shake your hand twice and say, "Turkey and Pakistan are brothers."

The Grand Mosque, Youth Square and Old Bazaar are famous tourist spots in Ankara. In Ankara, I also visited the office of SETA, a Turkish foundation for political, economic and social research. Here I met my friend who is a political scientist working with the organization. Over lunch, he gave me much more information about Turkey.

As the third stop of my tour, I went to Adana on the invitation of another Turkish friend. He is a high-profile religious figure. He gave me a reception with famous Adana kebab. Adana is a commercial and agricultural hub. Its charming bazaar reminded me of Peshawar city. The Grand Mosque, colorful beaches and a huge park present a scenic view in Adana. On the way from Istanbul to Adana, the beautiful cedar forests and lush green fields on both sides of the highway present a panoramic scene. Turkey is a clean and neat country with an abundance of modern restaurants. Unlike Pakistan, shops close early in the evening and open early in the morning.

The non-availability of English speakers is a problem for tourists. Only highly-qualified people can speak English, as Turks love Turkish and do not prefer to learn English.

The recent huge developmental works have changed Turkey into a new country. The people are well aware of their political obligations, and they take keen interest in politics. Democratic norms are fully implemented. Political parties are active and a democratic government is functioning relatively smoothly. The country has seen outstanding economic development in the past decade as well. Banks and other financial institutions have seen strong growth, and business activities in Istanbul and Ankara are booming. Many multinational companies are coming to the country as well. The communication system is state-of-the-art. New highways and bridges have been constructed across the country. Istanbul and Ankara have fast metro systems, and all other cities also have the latest transport system.

Education is free up to the university level, and the number of universities has doubled. A common trend in Turkey involves technical and higher education, and youth specialize in all disciplines. The social and moral aspects of the people are extremely advanced. There is complete social freedom, and people enjoy a peaceful and prosperous life.

The country has fertile land where all kinds of crops are cultivated. The sweet taste of Adana figs and watermelon is still alive in my mouth. The lovely mosques with tall minarets give an extra touch of beauty to the country. The Islamic organization founded by a great Turkish Muslim scholar Said Nursi after the downfall of the Khilafah performs a wonderful job by promoting Islamic education in the country.

Turkey's humanitarian efforts have also been acclaimed over the world. The country is currently hosting more than 2 million Syrian refugees. Whether it's the war-stricken Afghanistan and Somalia or the ethnic riots-hit Burmese Muslims, Turkey has always assisted its Muslims brothers. The credit of all these developments goes to the popular Justice and Development Party (AK Party).

The country is currently facing political tensions, waves of terror incidents and the PKK threat, but I hope these problems will be resolved soon.
RELATED TOPICS