Literacy in Ottoman society was higher than believed 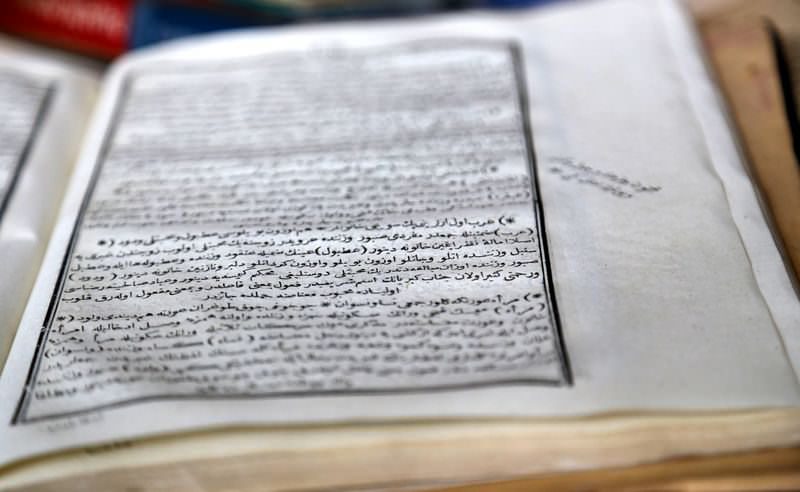 The statistics of the early Republican era suggest the literacy rate in the Ottoman Empire was lower than 10 percent. However, these numbers do not reflect the truth, as the alphabet reform introduced Latin letters to replace the Ottoman Arabic alphabet, thereby making much of the literate population effectively illiterate

Statistics of the republican era of Turkey in 1927 indicate that 8.1 percent of people living in Turkey were literate. However, this figure is highly problematic because it is not certain whether this statistic covers those who were literate in the Latin or Ottoman script. According to an annual book of education from 1903, 1,375,511 out of the total general population of 19,929,168 were students. Of these students 868,879, or 5 percent of the general population, were in elementary school. There were also students receiving education at middle schools and higher education intuitions along with unofficial schools and those who took private lessons. During this period there were hundreds of thousands of clerks working for the state. As 10 percent of the general population was children between the ages of five and 10, these figures indicate that one in every two children was a student at that time.

Is Arabic alphabet hard to learn?

It was an era during which being literate did not mean anything in society, as some aristocrats, preachers and even kings did not know how to read or write. Back then, reading and writing were seen as an occupation and performed for a fee. In addition, speech is more valuable than writing in the Eastern cultures. Oral culture takes precedence over written culture. Although it is said: "It might slip from the memory but it sticks to the line," people prefer the phrase, "When knowledge is transferred from heart to paper it is lost."

In 1927, 1,347,007 out of 13,650,000 people in the general population who were illiterate learned how to read and write with the new Latin alphabet over the next 10 years. While 15 percent of the general population was literate in 1935, this rate increased to 32 percent in 1960 and 46 percent in 1970. This rate shows that alphabet reform failed to increase the amount of literacy in the general population. The low ratio of literacy was not the result of the difficulty of the Arabic alphabet or impossibilities, but was the result of the lack of a need and enthusiasm for reading and writing. A person with an average intelligence can learn how to read and write in three months and it is not different with the Arabic alphabet.

I learned how to read and write in the Latin alphabet in three months and was also awarded a red ribbon, as I was one of the first students to do it in my class while I learned to read the Quran in 15 days.

While making judgment about an issue, the conditions of the time of this certain issue should be taken into consideration and also a comparison should be made.

How was the situation in Europe during those years? In 1890, 17 percent of the general population in the Russian Empire were literate, there was 39 percent literacy in Spain, 45 percent in Italy, 74 percent in Belgium, 78percent in France, 89.3 percent in the U.S. and 92 percent in the U.K. Although the Ottoman Empire was an Eastern empire, it was way ahead of Russia, and was at the same level as Spain and Italy.

Although the Ottoman Arabic alphabet bears difficulties reflecting the language compared to the Latin alphabet, it also has some advantages, as some of the letters are written but not read or some of them are not written but read. However, it is like mathematics. Once a person gets used to it, it becomes easy once you memorize some formulas. The Ottoman Arabic alphabet is written in cursive, which makes it suitable for keeping notes. Many people from Aziz Nesin to Kenan Evren were seen keeping notes in Ottoman. As it is composed of round letters, it does not tire the eyes, which is an important point, as people did not wear glasses in earlier times. Ottoman script letters were also suitable for calligraphy and cryptography. In Yemen, where reading and writing was taught at the same time, almost everybody was literate due to this method. Starting from 1862, this method was embraced by all elementary schools established after this year. The Ottoman script is also very suitable for human balance, as it is written from right to left. Arabic, Hebrew, Syriac, Hindi, Arabic Uighur script, Göktürk runes, Japanese and Chinese characters are all written from right to left. Only the Latin, Cyrillic, Armenian, Greek and Georgian alphabets are written from left to right.

In every village and neighborhood that had a mosquean imam, thereforean elementary school was present. It was obligatory for parents to send their children to these schools as Sultan Mahmud II wrote a firman (an imperial decree) about it. The villages that did not have a mosque hired an imam in winter months or in Ramadan to teach their children how to read and write. These schools, which offered two or three years of education, taught the Quran and tajwid (the rules that govern the art of reciting of Quran), grammar and writing, moral studies and catechism (ilmihal), as well as calculation and a little bit of history. Reading and writing are two different things in the Ottoman language. Some could read but not write, which is also the case with Mandarin in China. Claiming that the number of people who were literate was very few in the Ottoman Empire was propaganda to justify the alphabet reform, which is very understandable. However, it is surprising that historians made this statement have not read the Ottoman statistics published by the Republic of Turkey.
Last Update: Sep 11, 2015 11:46 am
RELATED TOPICS