The woman who oversaw 3 generations of the Ottoman Empire 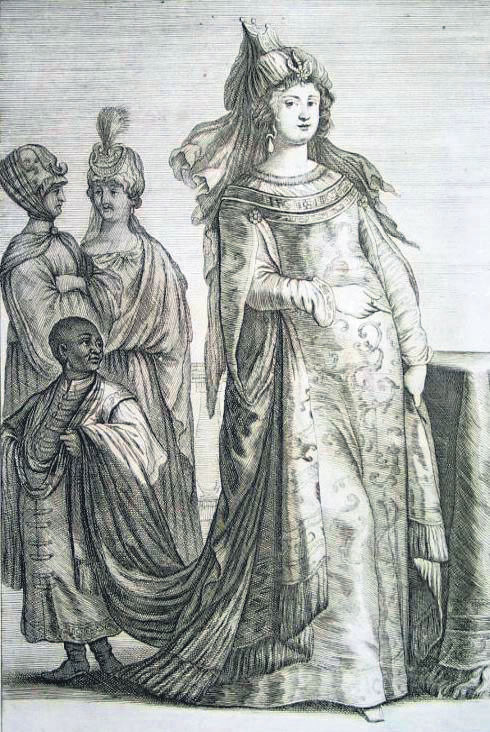 Kösem Sultan was one of the most powerful women in Ottoman history. She found herself in the midst of political chaos after her husband Sultan Ahmed I died, but she eliminated her opponents even though she suffered a bitter death. While some historians say she was a master manipulator, others think she was a prominent actor who helped ensure the empire's survival

Kösem Sultan was brought to the Ottoman palace as either Bosnian or Morean slave and given the name "Mahpeyker," meaning moon-like face in Persian language for her beauty. As she had a smooth face, she was called Kösem. In old Turkish, the name Kösem also means a sheep leading the herd. Her name indicates Mahpeyker's leadership nature that showed itself in her later years. Mahpeyker grabbed the attention of Ottoman Sultan Ahmed I with her beauty. They loved each other very much and got married. Mahpeyker gave birth to 4 boys and 3 girls, allowing her to get ahead of the sultan's other wives. She practiced Sufism with her highly religious husband. Mahpeyker lived a quiet and peaceful life and looked after her children.

Following her 14-year marriage, she became a widow at the age of 28 and found herself in the midst of a political chaos. To protect her own sons, she facilitated the enthronement of her brother-in-law instead of her step son. Upon this, the Ottoman heredity system altered from primogeniture into seniorat regime and the tradition of fratricide was less practised.

Following the death of Ottoman Sultan Mustafa I and Osman II, Mahpeyker Sultan's two sons – Murad and İbrahim ascended to the throne successively. As Sultan Murad IV was 12 when he became the emperor, Mahpeyker Sultan acted as regent with the title "Valide Sultan" (Mother Sultan). She taught his sultan son politics . When Murad IV came an age capable of ruling the country, Mahpeyker Sultan kept herself in the background, yet protected her younger son Shahzade İbrahim from the emperor's possible rage. Upon his enthronement following his brother's death in 1640, Sultan İbrahim put her mother on the back burner more. However, she exerted effort to make her son have a child and sustain the continuity of the Ottoman dynasty. She was loved and respected by everyone.

After an eight-year ruling, Sultan İbrahim was toppled and killed in both a military and bureaucratic coup. Some say that Mahpeyker Sultan was responsible for his son's death. In fact, she was aware of the pro-coup group's determinism and agreed on her son's withdrawal from throne in return for sparing his life. However, they did not keep their promise.

Sultan Mehmed IV, Sultan İbrahim's 7-year-old son, took the throne. His mother and grandmother were all alive, which was a first in the Ottoman history. Mahpeyker Sultan wanted to act as a regent again by skipping the emperor's young and naïve mother Terhan Sultan. A clever and strong woman like her mother-in-law, Terhan Sultan was not willing to accept her attempt.

Mahpeyker Sultan always believed that establishing a good dialogue with army officers in chaotic times brings benefit. The army was on the side of Mahpeyker Sultan, while palace bureaucrats supported Terhan Sultan. These bureaucrats took action when they got suspicious that Mahpeyker Sultan was planning to stage a palace coup by exploiting 1651 uprisings in rural areas and Istanbul and kill the young emperor to force Terhan Sultan enthrone her much submissive son - Shahzade Suleiman. They penetrated into harem and attempted to kill Mahpeyker Sultan, who was hidden in a large closet at her room. Yet, her attire's belt dangled from the closet's door. Her servant saw this and disclosed her. Strangling of a Valide sultan with the help of a curtain string is one of the most sorrowful and disgraceful incidents in the Turkish history. She was 61 when she was killed and buried in the tomb of her beloved husband at the Sultanahmet Square.

Aside from her intelligence and beauty, Mahpeyker Sultan was also known for her donations and favors. Featuring an unprecedented look, Çinili Camii (Tiled Mosque) in Istanbul's Üsküdar district is one of her prominent charity works. Along with the mosque embellished with the most magnificent tiles of 17th century from its dome to pulleys, Mahpeyker Sultan commissioned to build school, bath and public fountain. She also built Büyük Valide Han (Great Valide Inn) in Eminönü, once Istanbul's trade center, in addition to masjids (small mosques) and fountains in the city's different districts.

Mahpeyker Sultan established foundations to meet water necessity of Muslim pilgrims and help poor people in Mecca and Medina as well as organizing Quran recitations there. During her regentship, she used to talk with statesmen through a eunuch behind a latticed section. She spent her fortune for charity works and won the heart of the public by helping the poor around her. Sometimes she disguised herself to listen to locals' troubles during her public visits and paid the debts of some locals to avoid their imprisonment. She distributed dowry to poor girls, helping them to get married and give a hand to people in emergency like those whose house got fire or boat was sunk.

Mahpeyker Sultan formed a special foundation to distribute money to poor people coming from Prophet Muhammad's ancestry. Upon her death, the Istanbul people did not shed tears for someone else as much else they did for the sultan. Elegies were written after the loss of the "Valide-i şehide" (martyred mother).

The life of Mahpeyker Sultan, who saw the reign of 6 Ottoman sultans, has been the subject of many fictional novels, plays and films and no other woman is known as much as her in Turkish history. It is entirely a subjective perspective to call her heartless and intriguer. Living in chaotic periods, historical figures were always described with negative comments by the opposing circle. If there were any, her mistakes were exaggerated and an unfavorable Valide sultan image was created against her. The charity works she left behind show her real character.

Even today, fervent supporters of women's rights accuse her poking his nose into state affairs by saying that she put her "hennaed" fingers on state affairs. The period of "Sultanate of Women" in the Ottoman history was the outcome of a total political necessity. It took a short period of time and brought many benefits. Mahpeyker Sultan was always described as an ambitious woman, yet it is rarely mentioned that she took action with her patriotic feelings. Indeed, it was a sacrifice for Mahpeyker Sultan, whose sorrowful days were more than happy ones in her life, to carry heavy state affairs on her naïve shoulders at a troublesome period.
Last Update: Sep 18, 2015 2:04 am
RELATED TOPICS