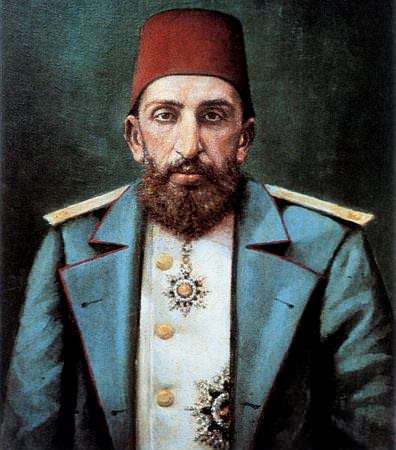 There are many theories explaining the star and crescent on the coats of arms of the Irish city of Drogheda and the English city of Portsmouth. What is the story behind these symbols?

Tony Restall, a Briton visiting Yemen for business, was stopped by members of a radical religious group, while he was in his car, according to a news article published in the Sun newspaper in 2006. He interestingly was released by the armed group, although he thought he was about to be killed. The reason was the Portsmouth Football Club sticker with a crescent and star symbol on the car's windscreen.

Well then, why is there a crescent and star, which is an Islamic symbol, on Portsmouth Football Club's emblem? According to some sources, the emblem, which is used on the city of Portsmouth's arms, was copied from William Longchamp's coat of arms. Longchamp was King Richard I's chancellor when the town's charter was granted on May 2, 1194.Rumour has it that the story goes back to the period of the third crusade, when King Richard admired a coat of arms featuring a crescent and eight stars, while he was in Cyprus in 1191. In 1686, it was officially registered. Nevertheless, the existence of a coat of arms with a crescent and star in Cyprus, which was under the control of the Byzantines at the time, is an isssue that raises other questions.

Located in Britain's southeast, Portsmouth is an important port city connected to London. Many people have heard about the city from the British Premier League. The relation between Turks and Portsmouth goes back to the 1850s. Sultan Abdülmecid I sent naval officers to Britain, once the world's most powerful marine power, for navigation and artillery training. Two frigates, the Mir'at-ı Zafer (The Mirror of Victory) and Çerağ-ı Bahri (The Light of the Sea) anchored in Portsmouth Harbor. In their uniforms featuring dark blue jackets, blue trousers, a belt and sword, the Ottoman sailors made a splash in the city. They kindly welcomed those who wanted to visit the ships. However, those who heard about the old stories of Ottoman sailors were somewhat disappointed when they saw them in uniforms looking like British sailors rather than donning glamorous, eccentric attire.

At that time a cholera epidemic broke out in the city. The epidemic grew in the harbor area, which did not have a sewer system and where dockworkers were living side by side in squalor. Some of the Ottoman crew became sick, and 26 of them died. They were buried in a special section of the Royal Military Hospital Haslar in Gosport, lying opposite the city of Portsmouth. The graves were transferred to the Clayhall Naval Cemetery on the shore of Alver Lake due to the construction of Zymotic Hospital in 1902, which is where the Ottoman sailors' gravestones with the crescent and star currently stand. The gravestones were also inscribed with the Quranic verse: "Every soul shall have a taste of death," as well as the sailors' names and date of death. Turkey renovated the cemetery in 1985. This account is available in both English and Turkish resources. Mustafa Bey, the commander of Mir'at-ı Zafer, mentioned the incident in his 16-page report. Is there any relation with this account and Portsmouth's crescent and star coat of arms? Did Portsmouth make a gesture to the Ottomans, a close ally of Britain in those years? Who knows?

There is another narration about the crescent and star on Portsmouth's logo. Some believe Sultan Abdulhamid II founded the club in 1898 for intelligence purposes. Because London is in the public eye, the sultan chose Portsmouth, which had a larger Irish rather than British influence. Yet, is it not interesting to put a conspicuous crescent and star on a city and club's arms established for intelligence purposes?

The relation between Turks and Hampshire is not limited to these accounts. Gosport Harbor is located opposite Portsmouth; its name could be related to the Middle English "goseport," which means goose port. What is more interesting is that the area is mentioned as a Turk town among the public. According to a rumor, the city took its name from Muslim war captives who were brought to the city after the Crusades. City authorities described themselves as Turks and believed that the city has a mysterious connection with Turks. Even today, a school run by the royal navy is called HMS Sultan. The British ship Triumph was renamed Sultan following the visit of Sultan Abdülzaziz I in 1870. A 1464-dated Ottoman cannon made for the defense of the Strait of Gallipoli can be seen at Fort Nelson overlooking Portsmouth Harbor. In 1868, the Ottoman government presented it as a gift. 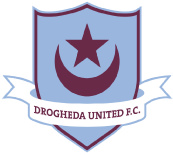 One million people died in the Great Potato Famine in Ireland in 1847. Sultan Abdülmecid I, who was a generous and compassionate emperor, sent three ships full of foodstuff to Drogheda Port. He also sent 10,000 pounds. It was a great gesture that gave worldwide recognition to the Ottomans. Even Queen Victoria did not behave more generously to the Irish than Abdülmecid I and sent only 2,000 pounds. This is why the Ottoman government was asked to reduce its monetary assistance to 1,000 pounds. The Irish did not forget this favor and put a crescent and star symbol on the emblem of the city and Drogheda Football Club in 1919. President of Ireland Mary McAleese recalled the Ottoman Empire's favor on her visit to Turkey five years ago and said the Irish people have never forgotten this rare example of favor. "Ireland turned the symbols on your flag, this beautiful star and crescent, into a symbol of the city. We also see these Turkish symbols on the uniform of the football team," she said.

The Deportivo football club, a city on the Spain-Portuguese border, also has an emblem with a crescent and star. Mentioned as "Turks" by its rivals, Deportivo La Coruna opens a Turkish flag in its matches. According to an account, the youth of Galicia, famous for their bravery, supported Ottoman Admiral Barbarossa Hayreddin Pasha during the struggle against the Portuguese. The neighboring city of Vigo, which did not tolerate this, called them Turks. This rivalry was seen in the cities' football clubs.
Last Update: Oct 02, 2015 2:13 am
RELATED TOPICS