The antique city of Sagalassos carries traces of ancient Anatolia 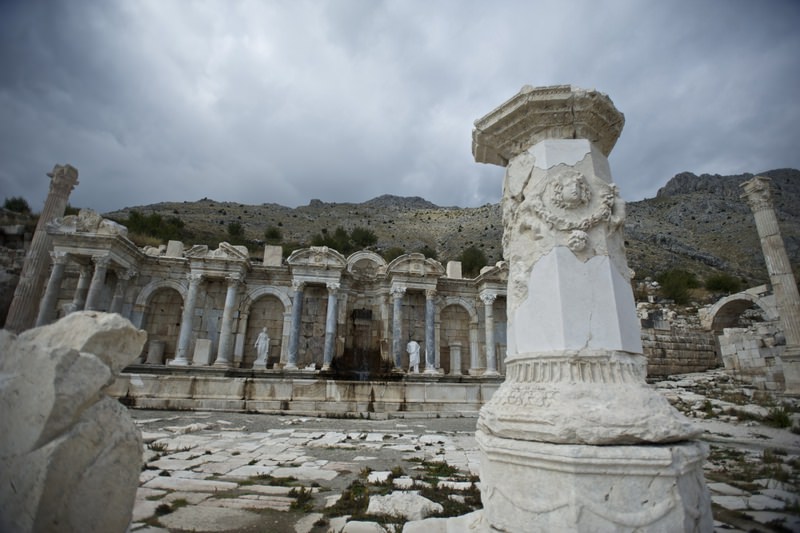 Nestled in the Taurus Mountains, the ancient city of Sagalassos in the southwestern province of Burdur takes tourists on a journey back to 333 B.C. Seven kilometers away from Burdur's Ağlasun district, the ancient city provides a look back in time with ruins of baths, theaters, libraries, ceramic workshops, assembly buildings and fountains

The written history of Sagalassos goes back to 333 B.C, the year Alexander the Great conquered the city. Sagalassos flourished after it was taken by the Roman Empire. The ancient city, which is on UNESCO's Temporary World Heritage Site List, had one of the five ceramic production workshops of Rome. Sagalassos is generally referred to as "the favorite city of emperors" and "the city of love and desire." This year the city was visited by 22,000 people. 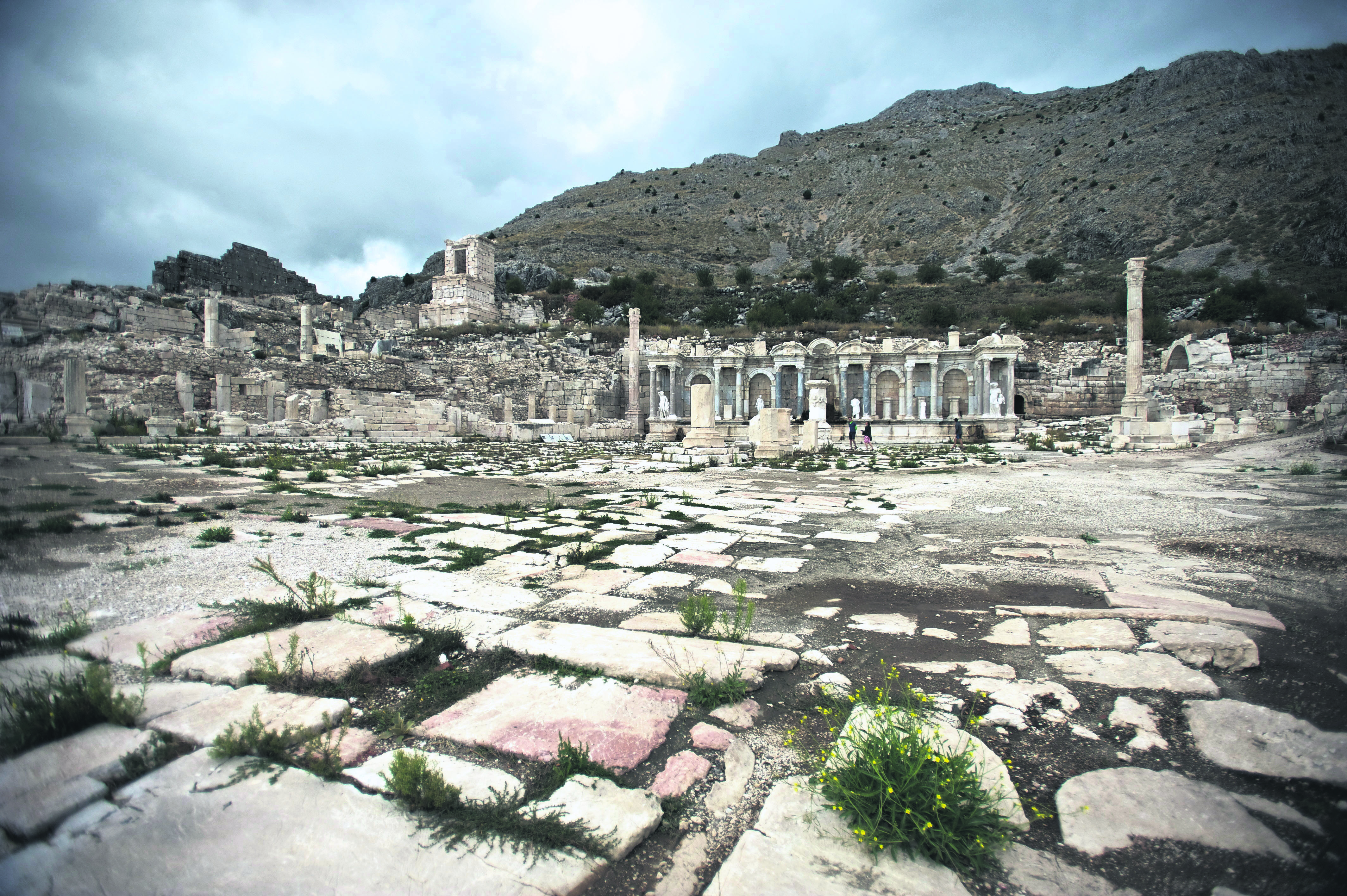 Locals think that Ağlasun and Burdur can get more tourists if the ancient city is properly promoted and access to the city is made more convenient. Speaking to Anadolu Agency (AA), Ali Yemenli, a tourist visiting the ancient city, said that he has worked as a tourist guide for years, yet he only heard about Sagalassos and came there on a friend's recommendation. Yemenli could not hide his astonishment of the city's heritage as a tourist guide. "The city needs an influential promotion plan and tour operators should be encouraged to organize tours. Sagalassos has much to offer tourists from all around the world," he said. Yemenli said that the main reason why the city does not attract that many tourists is that it lacks promotion. He said that local administrations should work more to provide easy access to the city as well as create necessary promotion.

Belgian Professor Jeroen Poblome has been carrying out excavations in Sagalassos for 25 years and is another person amazed by the city's beauty. Excavations in Sagalassos began under the supervision of March Waelkens in 1989. When Waelkens retired two years ago, Poblome from Leuven Catholic University was assigned the position. Poblome told AA that when he was doing his military service he participated in the excavations of Sagalassos with a special permission granted from NATO in 1991. He holds a doctorate in ancient ceramics. When he was working with the excavation team he received higher positions and became a professor. "I worked with Waelkens for years. When he retired, he published some books on Sagalassos and we continued excavations with new projects," he said. Poblome expressed his satisfaction with his research on Sagalassos. "I can say that Sagalassos is a part of my life. Archeology is the most important thing in my life and the ancient city offers research opportunities. This is why I am here. I am not a Turkish citizen, I come from Belgium, yet I would be deeply affected if something bad happened in Sagalassos. I grew old here," he said. 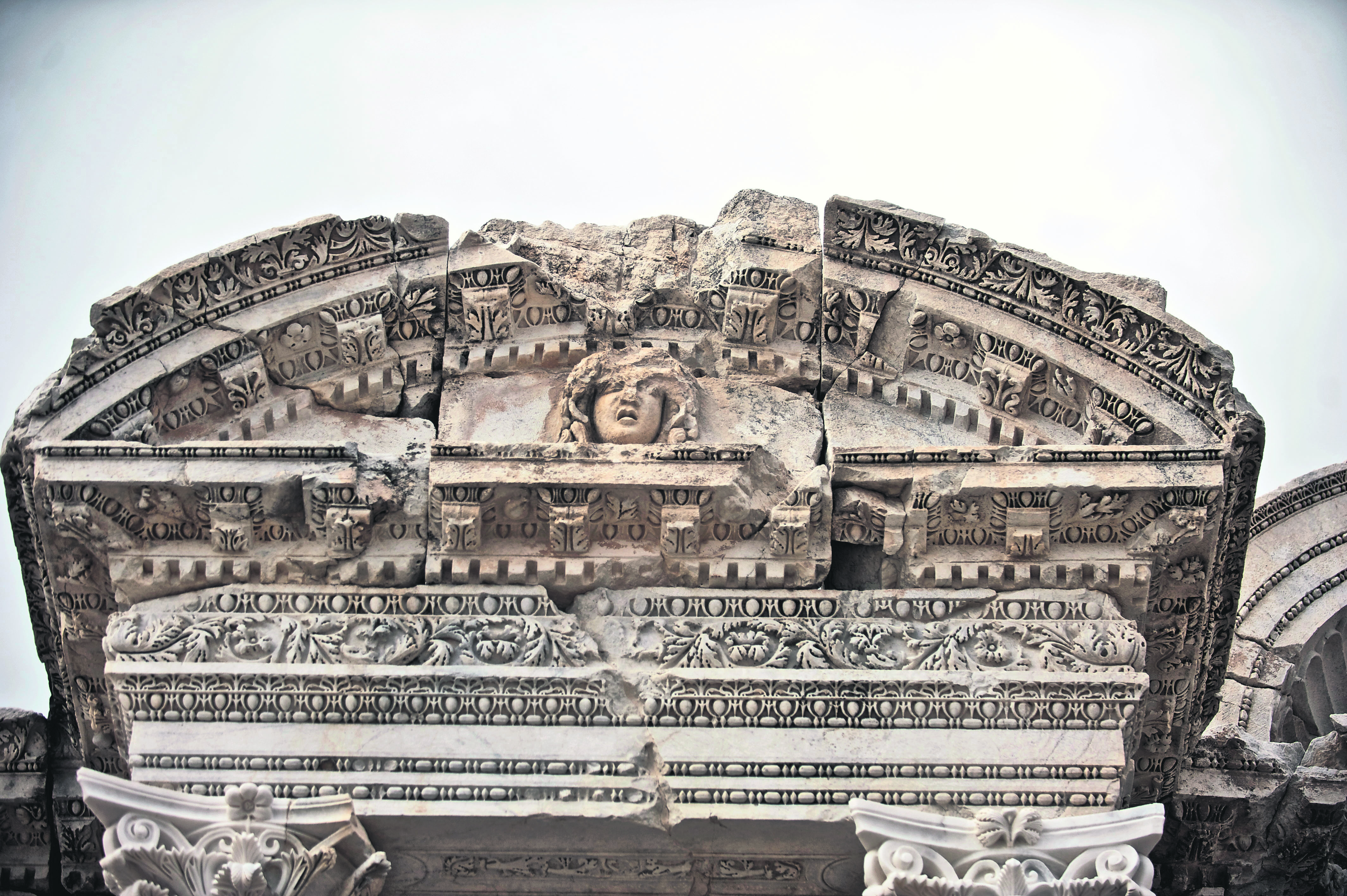 Situated on the northwestern part of Ağlasun, the ancient city of Sagalassos was the capital of Pisidia, a region in ancient Greece. The ancient theater is one of the most well-preserved structures in the city. A significant part of the city remains intact. Discovered by French traveler Paul Lucas in 1706, the city has been under excavations since 1989. In August, the Telegraph named Ağlasun among the 10 must-see places in Turkey.

Human settlement in the area goes back to 8,000 B.C., before the actual site was occupied. Hittite documents refer to a mountain site of Salawassa in the 14th century B.C. and the town spread during the Phrygian and Lydian civilizations. Sagalassos was part of the region of Pisidia in the western part of the Taurus Mountains. During the Persian period, Pisidia became known for its warlike factions.

In 2007 the discovery of a finely detailed, colossal statue of Roman Emperor Hadrian, which is thought to have stood 4 meters to 5 meters in height, was reported in the press. The statue dates back to the early period of Hadrian's reign and depicts the emperor in military dress. It was carved in sections that were fitted together with marble mortise and tenons on the site, called "tharmae" by the Romans.
RELATED TOPICS