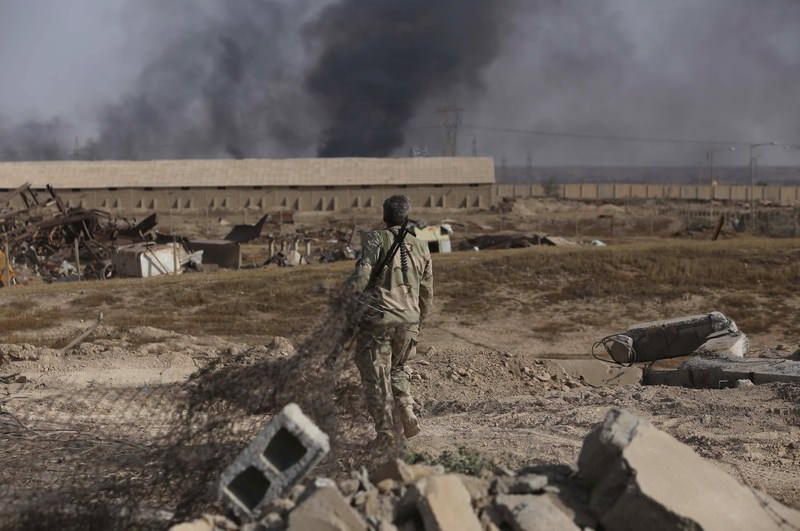 In Colorado this week, he air became hazy due to wildfires in California and other western states. This is symbolic of how disasters in one place can directly affect events in another. The chain of events that has led to the current situation in Turkey is not of Turkey's making and the solution should not be one introduced by Turkey alone

I'm in Boulder, Colorado, this week. Boulder is a small town nestled in a wide basin at the foot of the Rocky Mountains, located at the point where the Rocky Mountains meet the Great Plains. The climate in Boulder is remarkable. It is said that every year there are 360 days of sun here, and so far, although I come here often, I have only encountered cold, wet weather once. For an ex-Brit and a resident of Istanbul, Boulder offers a nice change.

There are a few interesting things to do here, even though Boulder is only a small city. There is the National Center for Atmospheric Research (NCAR), which I can see when I look out the window. This institution was built in Boulder because of the clear skies. If someone had told me that visiting a center for atmospheric research was fun, I would have worried how well this person knew me. But I have been a total of five times now, and I learn something new each visit. It is a great place for kids and adults, and makes you much more aware of the world around you. Nestled in the mountains, with the buildings made up of the surrounding stone, it is a beautiful location and well worth the visit.

There is also Celestial Seasonings, an herbal tea company. I am the last person in the world to advocate herbal tea; tea should be tea and coffee should be coffee, and anything else need only be water. However, a visit to Celestial Seasonings changed my mind on that five years ago. The company started when some young people – clearly hippies from the photos – started gathering wild flowers in the mountains around Boulder and selling them to local health food shops as tea infusions. These home picked teas grew so popular, in particular the Sleepy Time brand, that Celestial Seasonings soon grew into a large company – so large that the street on which the factory is located today is called Sleepy Time Drive. Celestial Seasonings exports their teas to a number of countries – unfortunately not Turkey though. The factory is open for tours, and is so clean and fresh smelling that I go almost every time I visit Boulder. In particular, the Mint Room, which houses mint (what else) is literally mind blowing. The mint is inhaled up the nose and shakes up the brain. It takes your brain a few minutes to come back to its senses.

A third attraction in Boulder is the Dushanbe Teahouse. This teahouse was a gift to the city of Boulder from its sister city, Dushanbe, Tajikistan. The building was built in Tajikistan while it was still part of the Soviet Union. It took two years to be built and no power tools were used during the construction process. The teahouse was erected only in 1998 due to problems with local building codes and other political hurdles. It is a beautiful structure standing alongside a small stream. It is traditional that Tajik teahouses be placed near water, and the Boulder teahouse maintains this tradition. It is also surrounded by a beautiful rose garden. Inside the teahouse is packed with original Tajik furniture, a beautiful fountain and elaborate plaster decoration.

Boulder is a haven for runners and cyclists. As a university town, it has a young population, but also a large retirement community due to the beautiful weather. But Boulder has one problem this week that has made me want to write about it. The normally clear air of Boulder is hazy. The clarity of the light has been dimmed, and there is a thin veil of smoke in front of the Flatirons.

The reason for this is the wildfires burning in California, Idaho, Montana, Oregon and Washington. The smoke has been blown from these western states and lingers in front of the mountains.

So what? The smoke contains particles from the wildfires and people in Boulder have suddenly started to cough and wheeze. That is, a natural tragedy that is occurring thousands of miles away is adversely affecting the people of this fair city. The local news channels have warned people with respiratory ailments to stay home.

This is a good example of "fall-out," of a knock-on effect, of the terrible difficulty in containing disasters to any one region.

The chaos in Iraq, a direct aftermath of the two Gulf wars, and the tragic situation in Syria, the direct result of a dictator who cares nothing for his people, have directly affected Turkey. Until recently Turkey was a safe and thriving democracy. There is an elected president and there was, until a month ago, an elected government. At the moment there is a caretaker government trying to steer the ship through stormy waters.

But the blowback from Syria and Iraq, the fighting between two terrorist groups in these areas, the Islamic State of Iraq and al-Sham (ISIS) and the PKK – or rather their branch in Syria, the Democratic Union Party (PYD) – has trickled through to Turkey. Trickled through with terrible catastrophes like the Suruç bombing and the Ankara bombing.

Just a time out here for the PYD. As I wrote recently, many media outlets are heralding the PYD as heroes of our time; however, there is evidence that this is not the case. Indeed, a recent report from Amnesty International (AI) confirms this, titled: "'We had nowhere to go' – Forced displacement and demolitions in northern Syria," Amnesty International, Oct. 12, 2015, index number: MDE 24/2503/2015.

Last Saturday's bomb attack in Ankara is a tragedy. It may be ISIS who is responsible, or ISIS and the PKK/PYD together; however, the root cause of this horrific attack lies in the chaos to the south. The PKK/PYD are fighting ISIS. Turkey is fighting ISIS and the PKK. Turkish national security has been directly threatened by the terrorist acts of these two extremist organizations.

Turkey is not the only country to be threatened by terrorist attacks: The U.S. on 9/11, the U.K. on 7/7 and Charlie Hebdo in France. Yet Turkey seems to be the only country where opposition politicians point the finger of blame at the government. Such an accusation is an attempt to inflame polarization in the country, to beat the drum of sectarian politics. And as I have mentioned in these pages before, it is the opposition and the opposition papers who fan the flames of polarization.

Such claims are absolute nonsense. To paraphrase the Turkish ambassador to France:

"Of course the safety of the people is the responsibility of the government; however, unfortunately, ISIS and other groups like it which are based in Syria make it impossible to ensure 100 percent safety. The safety of the people attending the demonstration in Ankara was taken seriously, but like in Paris, it could not be totally ensured, and Charlie Hebdo resulted." No one blamed the French government for Charlie Hebdo, although there had been clear threats to the magazine before. No one blamed the Spanish government after the 2004 train bombings that took 191 lives. No one called for Tony Blair's government to resign in 2005, and no one called Bush a murderer on 9/11.

The officials who were ultimately responsible for security in Ankara have been removed from their posts. This is not an admission of culpability; this is an indication to the people of Turkey that these deaths and the matter of security are being taken seriously.

Turkey is fighting an unprecedented war on terrorism. It is fighting on two fronts, and the international community must stand shoulder-to-shoulder with Turkey to combat these groups. The terror attack in Ankara last Saturday was not an attack against Turkey alone. It was a message: We can get at your very heart. This message needs to be heeded and a collaborative effort is needed to ensure that such groups will be thwarted in any such future attempts.