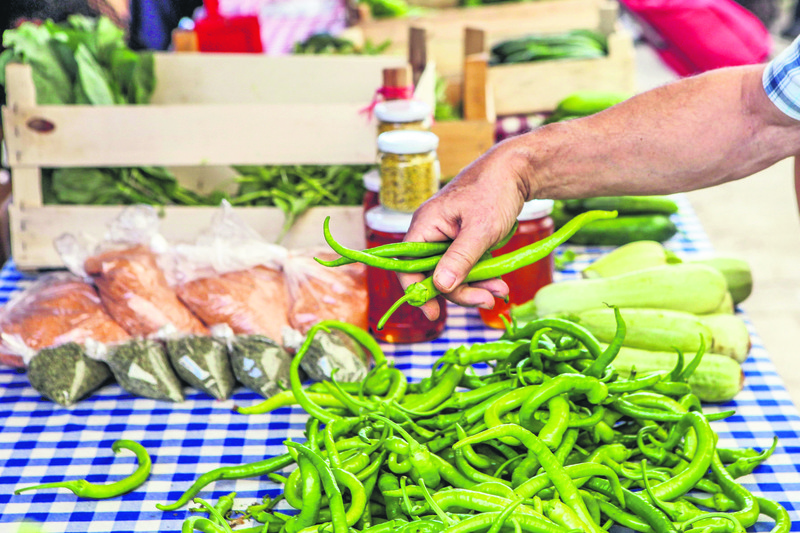 Following the slow food philosophy, which aims to counter the fast-food tradition, earth markets are community-run markets that bring naturally grown and organic food to consumers at fair prices

Unavoidably embracing a busy and unhealthy lifestyle, some urbanized individuals are continuously in search for natural products or eateries serving organic food. You may not have heard of the Slow Food Movement - a global eco-gastronomic organization based in Italy that is against the rise of fast food - but its Turkey outlets, known as Earth Markets encourage people to be aware of the food they eat. 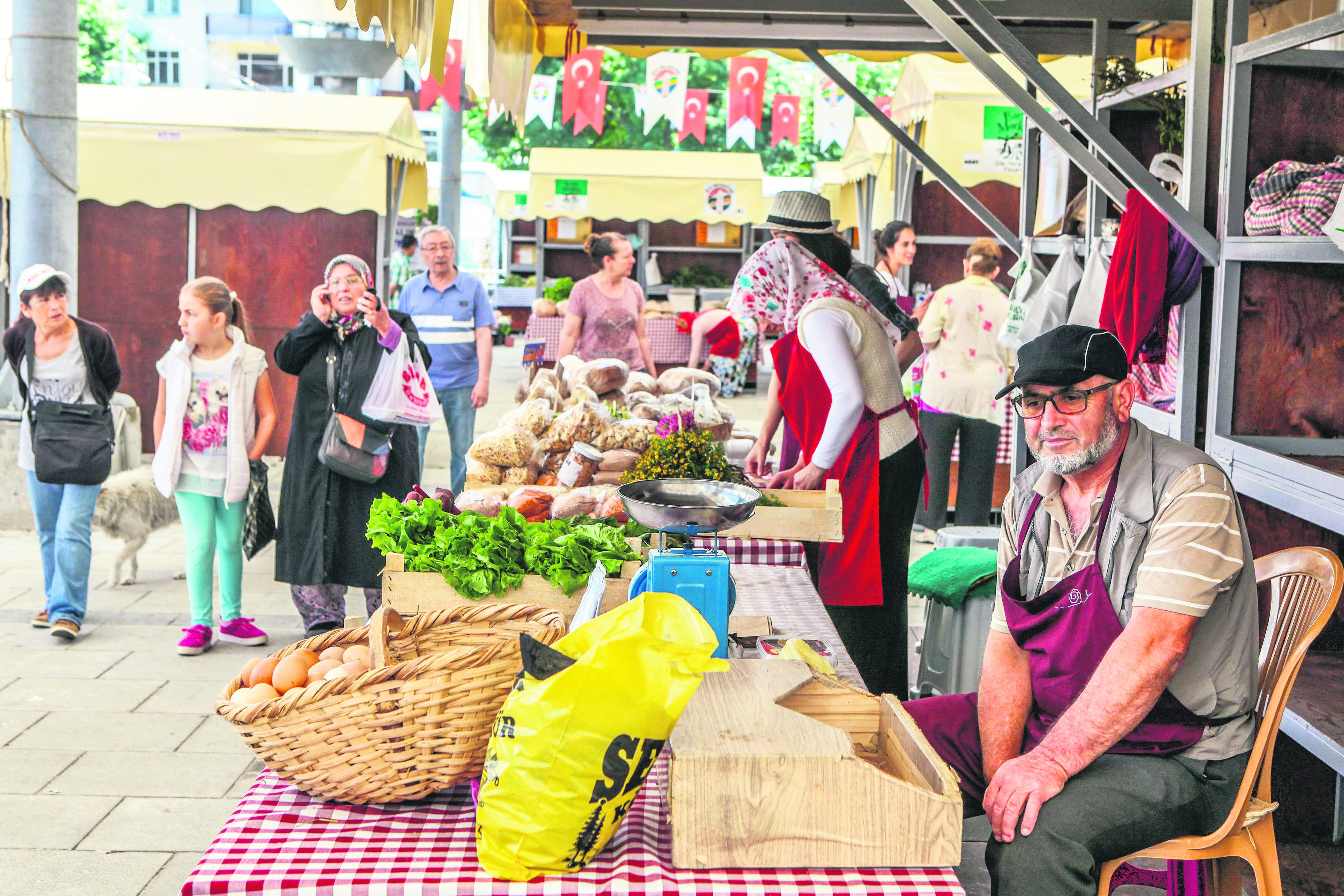 Favoring local food traditions, there are two official and one candidate community-run Earth Markets in Turkey - the first two were created in İzmir's Foça district and Gökçeada in Çanakkale, respectively. The newest one opened its door in Istanbul's coastal Şile district with large cultivation areas and forests this summer. Locals from the district's 57 villages bring naturally grown fresh fruit and vegetables along with thyme, tilia, centaury, berries collected from the forests of Şile and Ağva and homemade cheese, jams, sourdough bread, eggs, and tarhana (a powder made of sundried tomato and flour for making soup). Interestingly enough, the majority of local producers consists of female farmers. Apart from food, these markets also promote environmental sustainability through special designs like bags made of natural materials rather than nylon.Earth Markets do not appear different from other local markets; however, they have to adapt to the Slow Food philosophy. With a special focus on small-scale farmers and artisan producers, Earth Markets accept products produced with environmentally friendly methods. Genetically modified organisms (GMOs) and additive-free products are required to be brought from within 40 kilometers of the market's location. There are also some restrictions on the amount of products at the market to avoid unfair competition. In a statement to a local environmental news website Yeşilist, Slow Food Movement member Tümay İmamoğlu said villagers have been exclusively instructed on Earth Markets and instructed to use "atalık tohum," a form of organic seeds grown in Anatolia instead of hybrid seeds. They were also informed about sanitary issues related to farming and the certification process, and a management committee supervises production. 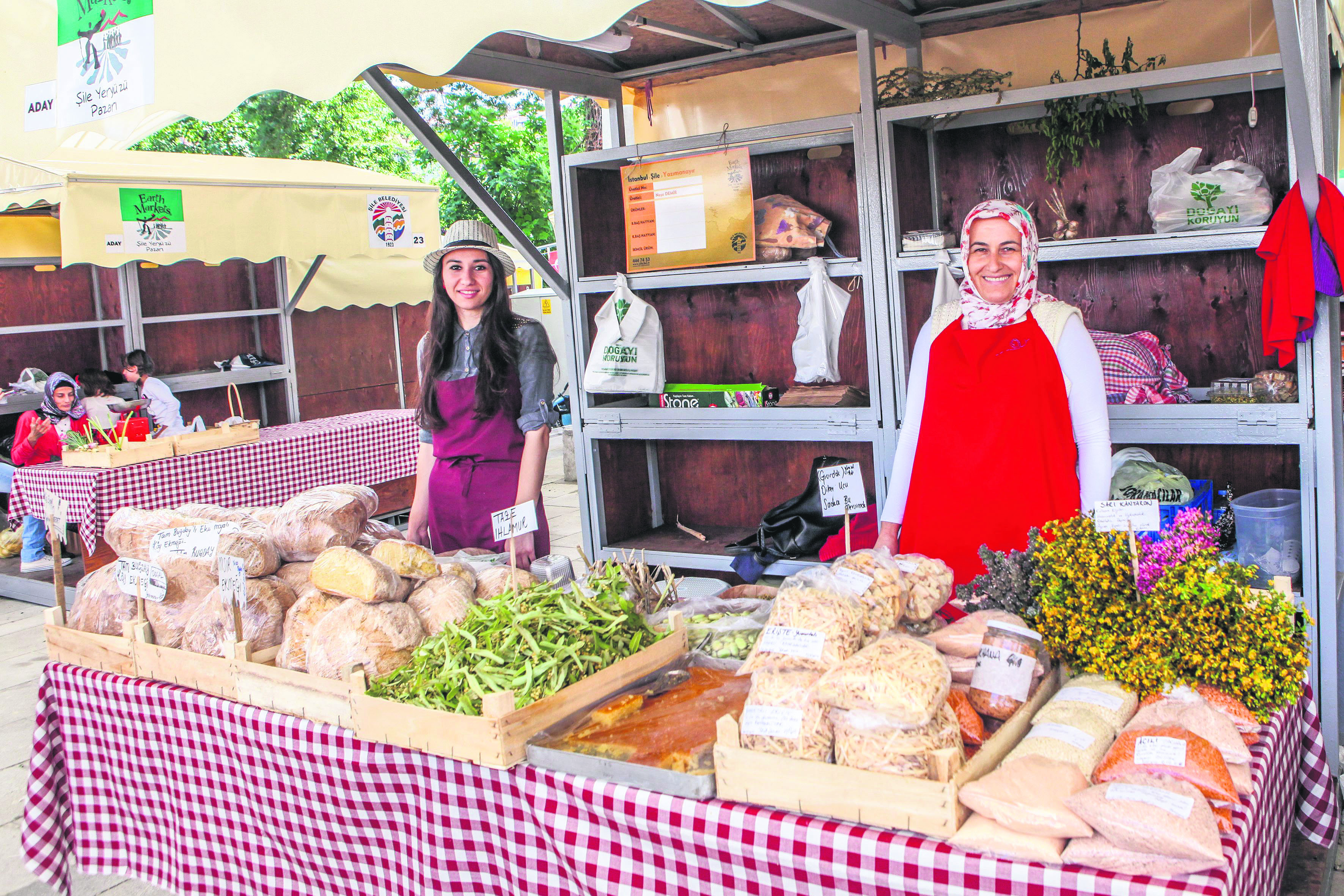 The next important priority is that farmers sell their products with accessible prices and without any middlemen. Through this practice, producers have a chance to explain the quality of their goods and take personal responsibility over them. It also enriches the interaction between producers and customers, as you can freely talk and ask about the products they sell as well as taste them and learn some local recipes. Consumers can even take a field visit to the farms upon request. Some workshop areas were established in villages where villagers prepare products for the winter like pickles, tarhana and tomato paste in jars.As a nonprofit association, the Slow Food Movement was founded in 1989 under the principle of "good, clean and fair food." With around 100,000 members including chefs, fishermen, researchers and activists in more than 158 countries, the network has 1,500 local branches, known as "convivia." Twenty-five convivia are available in Turkey to promote the Slow Food philosophy through events and visits to local farms. In 2005, the first Earth Market was established in Montevarchi, Italy, and the project spread across Europe in a short period of time.

According to Slow Food, there are more than 41 Earth Markets in 12 countries including Austria, India, Lebanon, Puerto Rico, the U.S. and Mexico. The initiative's efforts are not limited to preserving biodiversity, as the University of Gastronomic Sciences (UNISG) in Italy offers multidisciplinary academic programs in the science and culture of food. Considering the fact that the current global production of food is enough to feed 12 billion people, yet 40 percent of all the food produced is wasted before even getting close to a table, the university raises awareness of food waste among consumers. Educational initiatives such as school gardens led by Slow Food members offer young eaters hands-on learning experiences as they grow their own food. Slow Food also publishes educational material and organizes events and campaigns to inform people about the problem of food waste around the world.Standing up for agricultural biodiversity, Earth Markets in Turkey are open every Friday and Sunday. The Earth Market in Şile opens at 7:00 a.m. Spend some hours at any of these markets and bring some organic food to your table while supporting local agriculture and the local economy.
RELATED TOPICS