A brief history of Turkish-Russian relations 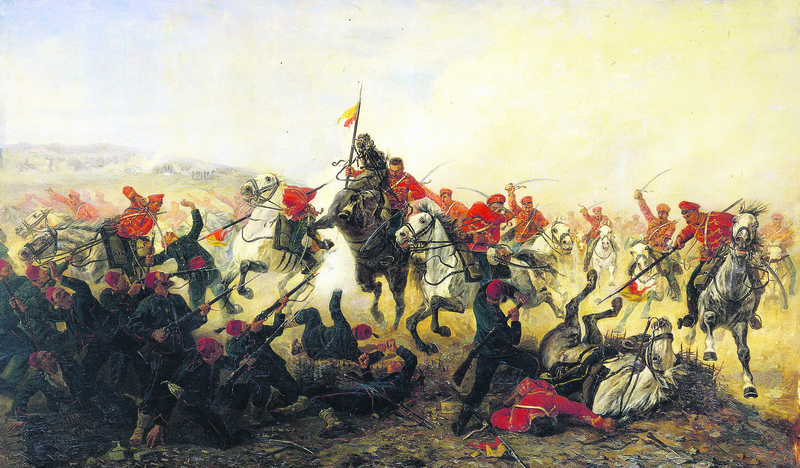 The rivalry between Russia and the Ottoman Empire had shown itself in a series of wars, the most significant of which happened between 1877 and 1878. Balkan nationalism was the main reason behind the Russo-Turkish War, bringing many changes to both politics and economics

Russians make up the largest community of Slavic people today. Speaking different languages, Ukrainians and Belarusians also come from the same ethnicity. The word "Slav" means slave, and these ethnic groups, who come from the Dnieper marshes in Northeastern Ukraine, were once slaves of the Huns. Later, they left the marshes and learned rowing as well as how to use arms. They joined the Latin tribes, Germans and notably the Turks and Moguls.

Upon a call, the German-Goth tribe of sailors known as the Rus' came to the lands of present-day Russia from Sweden and ruled the region. The Russian Rurik Dynasty forced the Slavic tribes that were living in the lands of the collapsed Khazar Empire to adjust the state administration. The three princedoms - Kiev, Novgorod and Moscow - established by the dynasty, were subjected to the Golden Horde Empire, a Turkic state As the most primitive nation of Europe, the community did not lose their Russian heritage but rather strengthened it, despite being influenced by the Tatar culture. In 988, Prince Vladimir and his people adopted Christianity and a nation formed by Slavic, Mogul and Orthodox influence emerged. This is why Russians refer to themselves as "neither western or eastern, but northern at the most." From this nation they raised important figures like Tchaikovsky and Tolstoy.

When Tamerlane toppled the Golden Horde Empire, Russians took over small khanates established after this and extended to the Volga River and the Caspian Sea. The Crimean Khanate escaped by taking shelter in the Ottoman Empire. At that time, however, Moscow was subjected to the Ottomans through the Crimean Khanate. When taxes were delayed, Crimean cavaliers occupied Moscow. At the time of Ivan the Terrible, they even attacked and plundered the Kremlin, leading the tsar to escape from fear.

As the first person crowned as "tsar," Ivan the Terrible (1533-1584) considered himself the heir of the Byzantine, since his grandmother Zoe was the niece of the last Byzantine Emperor. The Byzantine eagle on the Russian flag symbolizes this. The Moscow Patriarch also claimed himself as the leader of all Orthodox people despite the patriarch in Istanbul. In those years, many Turkic nobles were baptized by being threatened with the sword.

Among them were novelists Nikolai Gogol and Ivan Turgenev, composers Nikolai Rimsky-Korsakov and Sergei Rachmaninoff and General Mihail Kutuzov, who defeated Napoleon and Felix Yusufov, the brother-in-law of the last tsar. Since the Arctic Ocean was impassable, Russia needed to find an alternative way to reach the Baltic Sea and the Black Sea. To achieve this, it was necessary to beat Sweden and the Ottoman Empire as well as Poland, which was a handicap on its road to Europe. These strategies became the main policies of Russia in later periods. Coming from the Romanov Dynasty, Peter the Great, who was called "Deli Petro" (Crazy Peter) among Turks, was the biggest emperor of Russia. He was relentless, but decisive and bold. He established a central administration and gained enough power to cope with Poland, Sweden and the Ottoman Empire. He secretly went to a shipyard in the Netherlands and learned shipbuilding. The tsars and tsarinas from his ancestry followed his path and continued to break ground. In 1709, Russia defeated Sweden and reached the Baltic Sea. In 1770, the Russian army also defeated the Ottomans and reached the Black Sea. Russia invaded Poland many times and took Siberia, extending its borders to the Pacific. In the late 1700s, Russia became one of the world's most powerful countries.

The Ottomans waged war with the Russians seven times in total. The Ottoman Empire was victorious in two of these wars, while the Russians had five victories. The Russians were just recovering before the Ottoman Empire gained its first victory in Pruth in 1711. During the Russo-Ottoman War of 1854, the Ottomans were victorious once again and the Turks were supported by Britain, France and Italy. The five other Russo-Ottoman wars in history resulted in disaster for the Ottomans because of Russia's larger population and natural resources as well as soliders' determination.

Apart from the loss of Muslim territories, these wars brought economic rout. The Turks lost Crimea in 1771 and the Caucasus in 1828. Russia assumed the role of protector in the Orthodox community of the Ottoman Empire. They also played a crucial role in the independence of the Balkan nations. The Ottoman victory in the 1854 Crimean War, which was secretly incited by the British, did more harm than good to the Turks. Turning the result into their advantage, the British invaded India and Russia occupied the Caucasus. When the Ottomans failed to pay back the external debt the empire had accrued to finance the war for the first time in the history of the empire, the Ottoman state went bankrupt. Ottoman Sultan Abdülaziz and Grand Vizier Nedim Pasha, who was called "Nedimof" among the public, supported a peaceful relationship with the Kremlin. Afterwards, the Russians managed to march to Istanbul's Yeşilköy (San Stefano) coast after the Russo-Turkish War of 1877-78 and the Ottoman Empire was dragged into the war by Mithat Pasha and his friends from the Young Turks. Turkey lost Serbia, Montenegro, Romania, Bosnia, Bulgaria and the present-day city of Kars. The Russians erected a monument in Yeşilköy to celebrate their victory.

Moreover, they invaded all of Turkistan, which added to their victory. Although the British had promised the Ottomans their help, help never came. Besides, they were secretly provoking the war. Eventually, the British occupied Egypt, Cyprus and Aden. Britain, which did not want Russians to become stronger, supported the Ottomans in the Treaty of Berlin which marked the end of the Russo-Turkish War of 1877-1878. During his 30-year reign, Sultan Abdülhamid handled Britain and Russia carefully. He did not allow the publication of articles against Russia, as well as sayings such as "Moskof" and "Rus Ayısı" (Russian Bear) in newspapers. When the tsar moved to his summer cottage in Crimea, Sultan Abdulhamid II acting as the caliphate of the Muslims sent a delegation from Istanbul to welcome the tsar every year. Sultan Abdülhamid said, "There is no need to be scared of Russia; it is enough to get along with the tsar because Russian people see him as both the ruler and the god. However, the Britons are different; they only care about their own interests." When the German ships carrying Ottoman flags bombed the Russian harbors upon orders from Enver Pasha, even unbeknownst to the government in 1914, one of the last disasters of Turkish-Islamic history occurred. The Turks were defeated in the war that lasted for four years. The most severe blow came from the Russian fronts. However, after the 1917 revolution, Russians withdrew and the advocates of the tsar, who were toppled in the revolution, namely the White Army, took shelter in Istanbul en masse.

The new communist regime supported the government in Ankara. Relations were always good during the early Republican era. After 1945, Turkey wanted to get some advantage, it grew closer to Russia to tease the U.S. Through this strategy, Turkey was urging the U.S. to make a concession. However, sometimes Turkey's bluff, as in the case of late Prime Minister Adnan Menderes and Süleyman Demirel, blew up. The seemingly close relations between these politicians and Russia annoyed the U.S. and were seen as one of the causes of military coups.

Russia compensated for the loss of WWI at WWII by focusing their interests on the Middle East, motivated by goals to dominate the Mediterranean Sea. Aside from Eastern Europe, Africa and the Far East, Algeria, Tunisia, Libya, Egypt, Somalia, Yemen, Syria and Iraq behaved as if they were Russia's satellite states. After 1979, Iran sided with Russia. When the communist regime collapsed in 1990, the fragility of the Russian economy was understood.
Last Update: Dec 11, 2015 2:14 am
RELATED TOPICS