A billion reasons why the Internet Governance Forum matters 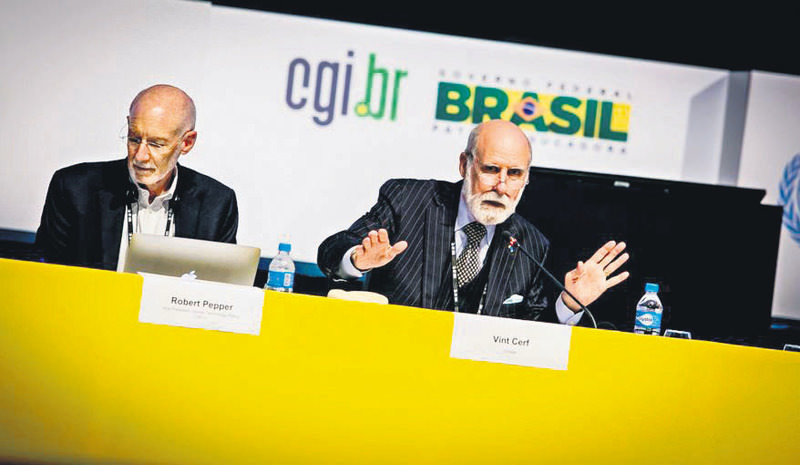 After its tenth edition took place in Brazil in November, the U.N.-supported Internet Governance Forum continues to act as a bridge between rich and poor countries by providing an equalizing dialogue platform. Dealing with a range of sub-themes from Internet resources to cybersecurity, the forum enhances multi-stakeholder cooperation on Internet governance and its potential can be improved with sustainable funding

I approach the mic. As the adrenalin kicks in, my hands begin to slightly tremble. Eyes dart at me, anticipating my imminent speech. I glance at the scribbled text in my notebook to review the key points I hastily made; breathe in, exhale. I look up; the total silence is punctured by my poised words: "My name is Michael Oghia, and I am an Internet Society Ambassador." 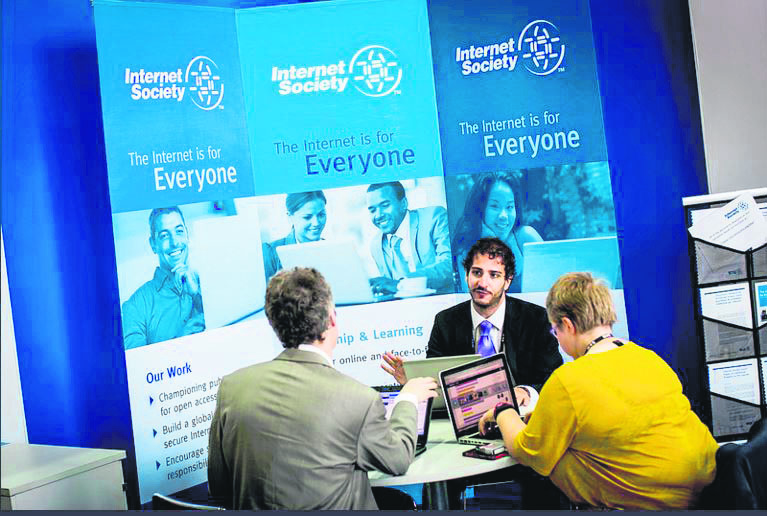 This procedure was one that I reproduced often when I attended the 10th Internet Governance Forum (IGF) from Nov. 10-13. Nestled in the quiet but cozy Brazilian beach resort city of Joao Pessoa in the eastern-most state of Paraiba, my formal introduction to Internet governance - the shared processes, policies and principles that impact how the Internet operates and shapes its evolution and use - was anything but a vacation. I had been selected to represent the Internet Society (ISOC), one of the premier organizations supporting Internet governance, as a 2015 ambassador - an opportunity I maximized to the fullest. 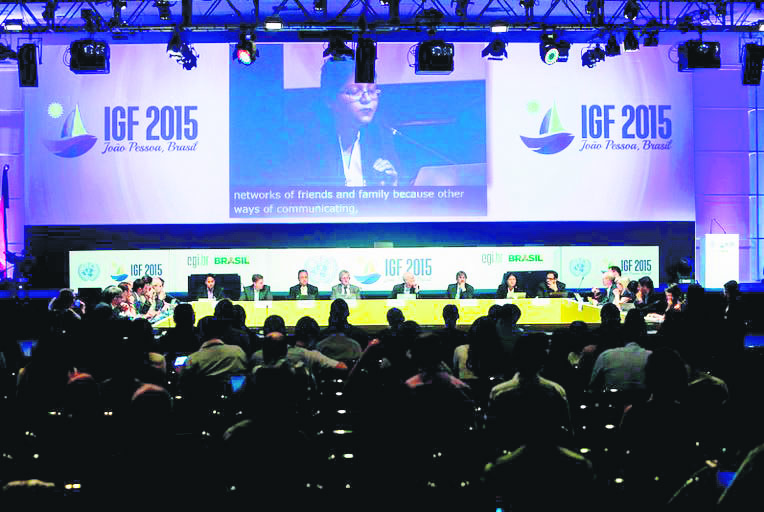 As it was my first IGF, I was thrusted into a new world of acronyms and abbreviations. Yet, the IGF is more than simply jargon. It is a United Nations-supported dialogue platform that facilitates discussions on public policy issues related to key elements of the Internet. Born out of the World Summit for the Information Society (WSIS) - a two-part, U.N.-sponsored process that took place in 2003 in Geneva and in 2005 in Tunis aiming to bridge the global digital divide between rich and poor countries by increasing Internet access in the developing world - this year's IGF was being held at a critical period for the future of the Internet. It was held with the 10-year review of the WSIS process looming ominously overhead. The U.N. will convene once again this month to decide on its fate, which includes dictating the future of the IGF. While many are confident the IGF's mandate will be renewed as well as extended by another 10 years, the chance that some governments will fail to see its current utility and future potential is a very real and present concern. Yet, my experience in November cemented exactly why the IGF not only should continue, but should be provided with long-term, sustainable funding.

A voice for everyone

Official numbers recorded more than 2,400 participants - referred to as stakeholders - from over 116 countries at this year's IGF. A large portion of the forum's proceedings were dedicated to multistakeholder dialogue, which is significant for two primary reasons. The first is because Internet governance is acting as a model of multistakeholder governance whose success or failure will set precedence for the future. The second concerns involving a host of perspective about how an institution as global as the Internet should expand and develop. Although the advantages of incorporating a range of opinions and expertise offered by the various stakeholder groups are evident, so too is the inevitable conflict that arises from divergent interests. What is also self-evident is the inherent financial and power differential that exists among stakeholders. 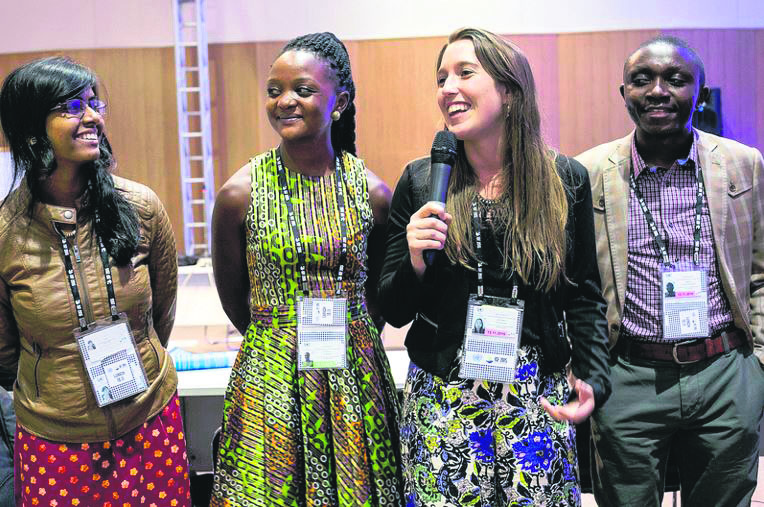 Enter the IGF. As is clearly stated in paragraph 72 of the Tunis Agenda, which established the IGF, the forum is meant to bring together individuals and organizations from across stakeholder groups as equals. While my initial skepticism helped to temper my expectations, what I witnessed far surpassed what I could imagine. I had read that it provided an equalizing platform, but I was shocked to see how it manifested in practice. In a world dominated by images of diplomats discussing far-reaching policies, the people, who decide how our world is ultimately shaped, seem draped in Orwellian mystery. However, what I discovered is that I could raise my hand, turn on the microphone and address individuals that had more experience in Internet-related matters than I had years of age. I spoke to ambassadors, U.N. representatives and directors of departments from the private sector who, regardless of how much money or power they or their respective organization had, were real, genuine people who listened to me and others speak, and engaged in robust discussion - a truly humanizing experience.

Connecting the next billion

The aforementioned section is particularly relevant to the Global South and the underprivileged. As one of my fellow ambassadors from Nepal so passionately described at the IGF, the forum provides a much-needed space for diversity where everyone has a voice - especially individuals from developing nations. The relevance of this particular aspect of the IGF will only continue to expand as work continues to connect the next billion individuals to the Internet. Currently, more than 3.2 billion people are using the Internet, of which 2 billion live in developing countries. With the adoption of the U.N.'s 2030 Agenda for Sustainable Development in September along with the 17 Sustainable Development Goals (SDGs), expanding accessibility to the next billion users to continue to bridge the digital divide has become a key objective shared by a range of stakeholders - often for competing reasons.

Indeed, as accessibility expands, some stakeholders have voiced concerns and opposition about an Internet being created that is closed, unaccountable and creating a "walled garden" that can restrict speech and lead to exploitation or limited information. Others, however, advocate that it is helping the unconnected discover the wealth of knowledge and prospects the Internet brings, as well as boost economies and drive personal and political empowerment. 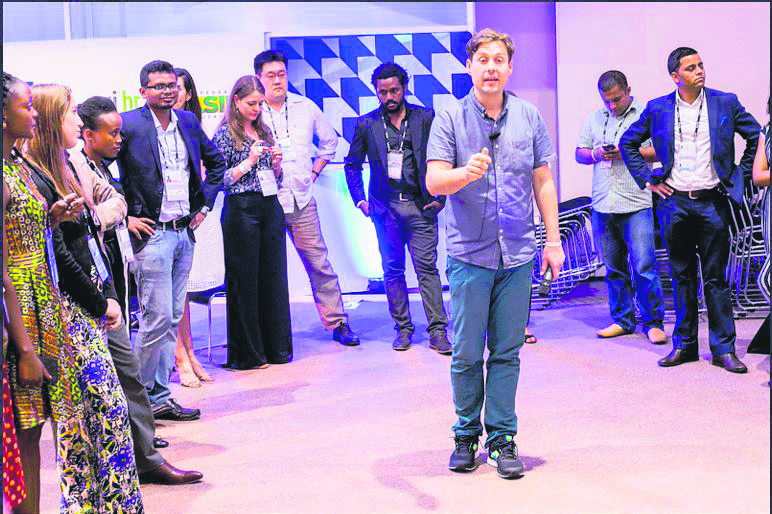 Chris Michael, one of the workshop leaders at IGF 2015

Regardless of which side one takes, one thing is clear: A space that is open, unrestricted, inclusive, democratic, transparent and accountable where everyone, no matter what their apparent social value, political level, class, nationality or geographic location, can discuss any topic relevant to the Internet on equal footing should continue to exist and be strengthened. As various stakeholders draw lines in the sand on their stance on Internet-related issues, the ability for anyone and everyone to participate in the discussions, voice their opinion, communicate local perspective and challenges, share their stories and address otherwise difficult-to-contact officials, companies or government representatives. If we as a global community of Internet enthusiasts and users are to bridge the digital divide, it is our duty to safeguard the spaces for expression, discourse and dialogue as well as encourage those who are currently unheard to contribute their voice.

That is not to say the IGF does not have room to grow, change and evolve. On the contrary, it is a relatively new institution that must adapt to new and emerging issues and challenges as they arise each year. With sustainable and secure funding as well as broad support, the IGF secretariat and the Internet governance community at large can continue to create a better experience that realizes the forum's arguably underutilized potential.

The Internet and the information society to which it is intrinsically connected, too, has changed in unprecedented ways. Although from the outside Internet governance might seem relegated to those who work in the IT sector, it is composed of many actors who connect to a wide variety of issues that has real-world implications for users, such as with security, human rights, banking and education. And as the Internet expands, it will continue to incorporate new, non-traditional actors in the sector. For instance, imagine my surprise when I met representatives from Save the Children and the International Federation of Library Associations and Institutions. Seeing such organizations involved was humbling as it served to ground the IGF in the real-world as well as reframe the discussions to serve as a reminder that the Internet is ultimately used and accessed by real-life individuals - including, for instance, children who cannot necessarily join the conversation.

At the time of writing this essay, it has been almost a month since I departed for Brazil, unaware of the experience that would unfold. Unsurprising, however, was the passion and enthusiasm behind the many voices I heard from a range of age groups, skin colors and cultural backgrounds - a sight that validated both the event as a whole as well as the potential for change and progress the Internet governance community holds. Far from the vile abyss of the Internet's comments sections, reasoned, impassioned and civil speech dominated the forum's meeting rooms, demonstrating to me the utility of the IGF as it connects to the fundamental responsibility to preserve and advance the Internet as a global public space and resource. The IGF is a physical manifestation of a much larger ideal, one where individuals and organizations - if they so choose - have the ability to help shape what has become indispensable to the lives of many. As such, the IGF and its related local, national and regional initiatives represent a critical channel for expression; let us work together ensure that the next billion are not silenced and stripped of their voice before they even login for the first time.
RELATED TOPICS