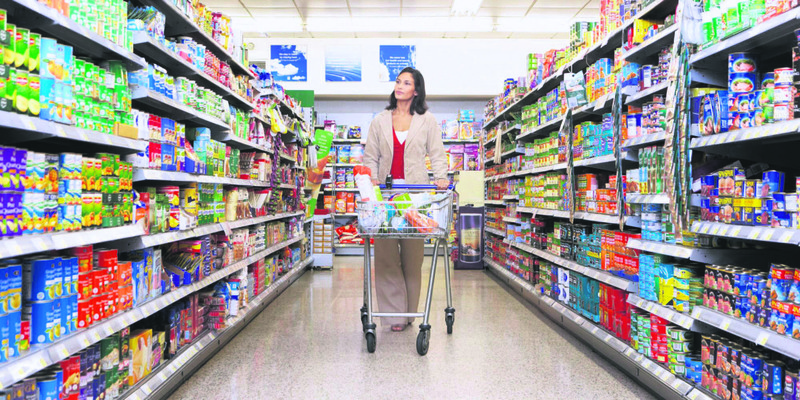 Numerous studies have shown how playing different background music influences shopping experience. The challenge is selecting the most suitable type for the business and customer base. Believe it or not, music can even push customers toward particular sale items

The sound of dread and wonder is what sets the true mood for a thriller movie, as we have seen in Steven Spielberg's visually dynamic "Jaws," which would probably not evoke the same killer effect without John William's musical score. People may notice themselves driving or running faster while listening to strongly energized music, merely out of habit or unconscious mimicry. Dozens of studies have already proven the direct effect of musical dynamics on human behavior and the music you hear at a supermarket, restaurant or shopping mall is highly significant to neuro-marketers, who analyze consumer behaviors. What I am trying to say is that the music that's playing in these places is attracting more customers and, of course, revenue.

The CEO of SMG Music for Business, Gül Gürer Alimgil, said in a press statement that three main components of music - genre, tempo and volume - directly influence shopping behavior. "Music choice is essential for a brand's identity and image. Let's say that a fast food restaurant plays upbeat music for quick eating and exit, whereas a stylish boutique features an easy listening playlist, encouraging customers to stay longer. For shopping malls, we recommend music with a moderate tempo," she said. Pointing to changes in customer flow and purchasing habits, Alimgil said: "It is a common behavior: The longer customers stay in a shop, the more they are expected to buy. If there are many customers that hinder a relaxed shopping experience, then upbeat music can be an alternative to encourage a fast exit."

Alimgil recommends traditional Turkish music as well as instrumental scores for tourist attractions and frequently visited places such as airports. "Dance and music with a catchy rhythm is preferred at locations with a young customer base," she went on to say, stressing the need for custom-made playlists for different target groups. She further suggests playing slow music in the early hours of a day and increasing the tempo in evening hours. "This way, both customers and staff are motivated," Alimgil added. She also said that rhythmic pop and dance beats are ideal for sports and gym facilities.

When it comes to supermarkets, the scene does not change. One of the earliest studies published in the Journal of Applied Psychology on the influence of background music on consumer behavior demonstrated that customers spend less time in markets during high-volume music sessions than the customers during soft music sessions without reducing sales. Customers tend to buy more in a market playing slow music. Simply adapting the same strategy for restaurants, Alimgil associates musical choice with a longer stay by customers. "Jazz music can be played at fine dining restaurants," she said.

The next interesting influence of background music is that it leads customers to choose specific products and affects how much they want to pay for them. In a very recent study, a group of psychology scientists from Curtin University and Macquarie University showed that musical genres shift people's buying behaviors. What they mean is that you may tend to grab a French product while listening to Edith Piaf in a supermarket. In the experiment, 120 Scottish students were distributed in four rooms with three types of music - American (The Beach Boys), Chinese (The Peking Brothers) and Indian (Sunidhi Chauhan). They were given a menu with 30 entrees including those from the three countries. They were asked to recall and list as many items as they could before choosing one item to order. As stated on the website of the Association of Psychological Science (APS): "People were more likely to select menu items that corresponded with the music they heard. For example, those who listened to the Beach Boys were more likely to order typically American dishes such as hamburgers and hotdogs." In the Journal of Retailing, researchers pointed out that "Music incongruent with product image can lead to a reduction in the maximum prices consumers are prepared to pay."

It is obvious that people's preferences cannot entirely change with background music yet for incremental sales, retailers, shop owners and other places may create playlists that will divert customers' psychology.
RELATED TOPICS