The Mosul question: A clash for oil 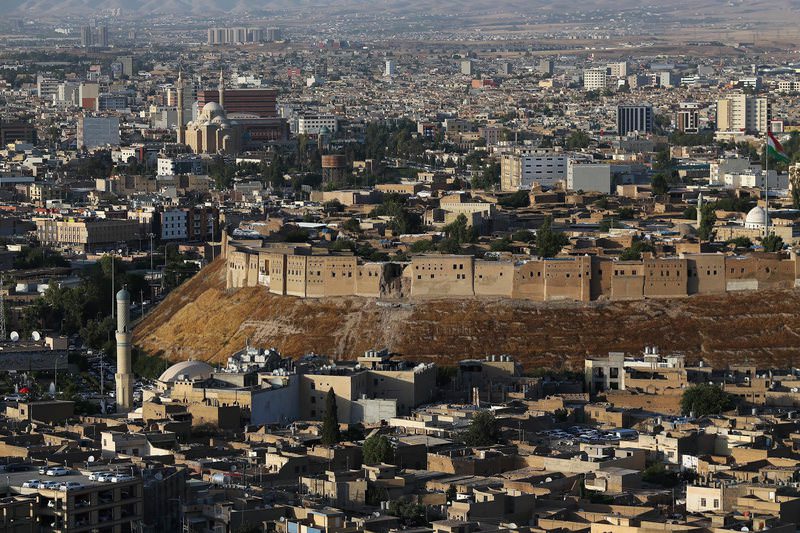 Mosul was the last city that the Ottomans lost in World War I. The city was also the main reason for a long dispute between the Turkish and British governments, which suspended the Lausanne Peace Negotiations

Lying in the fertile Mesopotamian basin, Mosul is an old city that displays its past with its historic stone houses. The city encompasses the site of the ancient Assyrian capital of Nineveh. Prophet Jonah came from Mosul and his tomb is also there. The Sassanian Empire was ruling Mosul, when Muslims conquered the region at the time of Caliph Omar. Since then, it has always been ruled by Muslims. After Ottoman Sultan Selim I, Mosul remained an Ottoman city for four centuries. Like other historic cities, Mosul had a cosmopolitan structure where Sunni and Shiite Muslims, Nestorians, Yazidis, Assyrians, Armenians, Jews and Sabians lived together. Arabs, Kurds and some Turks now compose the city's population. The Kurdish city of Sulaymaniyah and Kirkuk, whose population was mostly Turkmen since the eighth century, are subjected to Mosul.

Meaning "junction point of roads" in Arabic, Mosul is an old trade city. However, what lies beneath it gives real significance to the region. Since 1888, oil has been extracted from around Mosul and Kirkuk. Due to strategic concerns, Ottoman Sultan Abdülhamid II purchased Mosul's oil basin and added to his personal wealth. In 1904, Germany took oil exploration concession as the Baghdad railway used to pass through the basin. The situation did not create problems for the Ottoman Empire as it was favorable for the Bab-ı Ali's (Sublime Porte) balance policy with powerful states. However, Britain realized the importance of oil and rejected the concession. Upon this, an agreement took place in 1907 between Germany and Britain. This was the end of the sultan's balance policy and after a while, he lost his throne in 1909.

When the Committee of Union and Progress (CUP) took power, they seized Sultan Abdülhamid's property, including the Mosul oil basin. In 1914, the concession was handed over to the Turkish Petroleum Company, a British, Dutch and German partnership. Only the company's name featured the word "Turkish." Ottoman Armenian Calouste Gulbenkian, who was working for the European bankers the Rothschild's and was known by the nickname "Mr. Five Percent," was one of the shareholders and middlemen at the company.

Mosul was the last city that the Ottoman armies withdrew from during World War I. On Nov. 3, 1918, the British army entered the city. The Ottomans' claim to Mosul was based on the fact that there were still Ottoman soldiers in the city on Sept. 30, the day the Armistice of Mudros was concluded.

Giving hush money to France and the U.S. in 1920 and 1928, respectively, from the oil company, Britain claimed her right to the area once owned by Sultan Abdülhamid. If the CUP did not seize the sultan's property, the area would have been left to the dynasty even after the invasion of Iraq, because it was personal property. When Sultan Mehmed VI succeeded to the throne, he returned Abdülhamid's seized property to its owners. However, they had already lost Iraq. This decision did not affect the oil in Mosul. The parallel government in Ankara did not accept the sultan's enactment.

After Britain's invasion, Mosul's connection with the Ottoman Empire was canceled and the city lost its volume of trade that was seen in the past, yet retained its significant status thanks to its oil resources. Meanwhile, a state was founded under the rule of Sharif Faisal in Iraq, and remained as a British protectorate for 25 years. Mosul was also subjected to this state.

Mosul turned out to be a serious issue during the Lausanne Peace Negotiations and the event caused a suspension. The Turkish government did not want to give up Mosul. Late President Mustafa Kemal Atatürk once said: "Mosul was important for us. The city has oil reserves worth wealth." Meanwhile, united Turkish-Kurdish military units invaded the region. Sulaymaniyah and Kirkuk fell. Mosul was about to fall, too, but the Turkish government's military forces withdrew its military forces. Upon this, Kurds lost their confidence in the Ankara government and left between being either on the side of Turkey or Britain.

Ultimately, the Turkish and British governments decided to settle on a resolution in nine months. If not, the issue would be transferred to the League of Nations. Britain gained time. The negotiations started on May 19, 1924 in Istanbul, but nothing came out of them. The issue was then put on the agenda of the League of Nations. The negotiations restarted on Sept. 20, 1924 in Geneva and the Turkish delegation proposed plebiscite. Britain rejected the proposal, citing the backwardness of the locals in the region. In reality, the British government was afraid of an unfavorable result.

In the meantime, the military conflict between Turkish and British forces started again. Britain sent an ultimatum to Ankara, asking for Turkish forces to withdraw from the region in 48 hours. Following this, the Turkish government asked for a temporary border settlement from the League of Nations. A border was defined by considering the old city of Mosul at a meeting in Brussels on Oct. 29. The unrealistic Brussels line, which passed along a mountainous territory, would create serious issues later.

A League of Nations commission prepared a report on September 1925 that said the people in Mosul want to be autonomous, yet it would be ideal if the city becomes part of Iraq, which was a British protectorate. The Turkish side boycotted the negotiations and the report was approved by the League of Nations on Dec. 16, 1925, which was controlled by Britain at that time.

The Turkish government suddenly changed its policy and recognized the report. It also attempted to negotiate with Britain. Mustafa Kemal Atatürk, once said to journalists: "Turkish people are fed up with the war. Do we have to break out a war for Mosul?" Late Prime Minister İsmet İnönü even said: "We can give up Mosul if it is necessary. But it cannot happen without assurance. This money is more important for our projects than Mosul," a statement that weakened the Turkish government's stance.

The present-day Turkish-Iraqi border was settled with the Ankara Agreement, concluded on June 5, 1926. Mosul, Kirkuk and Sulaymaniyah were given to Britain with the provision that 10 percent of oil revenues would be paid to Turkey for 25 years. The government was entitled to get its share as an annual sum of 500,000 pounds upon request.

Supposedly Britain already agreed to give 10 percent forever or 25 percent for 25 years. Before the British government requested, the Turkish government proposed 10 percent for 25 years, which surprised British diplomats and must have made them bite their lips with excitement and delight. The total amount was around 5.5 million pounds, but it was paid in bits. Later, the company canceled the payment. After the 1958 military revolution in Iraq, the Turkish government also gave up hope. The agreement did not recognize guarantors or the partners that made a commitment to sustain the border. To pacify the assembly in Ankara and locals' reaction to the loss of Mosul, the government gave the Sheikh Said rebellion as an excuse.
Last Update: Jan 15, 2016 2:11 am
RELATED TOPICS