Stories from the Art Nouveau buildings of Beyoğlu

The unknown beauties of the Beyoğlu district lie at the heart of its historic buildings that tell both mysterious and tragic stories of pashas, Ottoman elites and others

Beyoğlu is undoubtedly one of the most beautiful and frequently visited districts in Istanbul. Drenched in history and functioning as a meeting point for many cultures, Beyoğlu is a district of entertainment, culture and art. With every street telling an extraordinary story, the area stands tall despite the rapid progression of time with its theaters, restaurants, hotels, old bookstores, cinemas and other urban assets. Although beautiful, the antique apartment buildings in the district go unnoticed. The architectural beauty of these historical buildings and the stories they hold within them are not looked into and are left to decay with time. Though some of these buildings are still inhabited by regular residents, most of them were abandoned, holding both mysterious and tragic stories of pashas, Ottoman elites and much more. Today, nearly all of them are under transformation or restoration. Here are some historical buildings in the Beyoğlu district that have an interesting story behind their shabby but still beautiful walls. 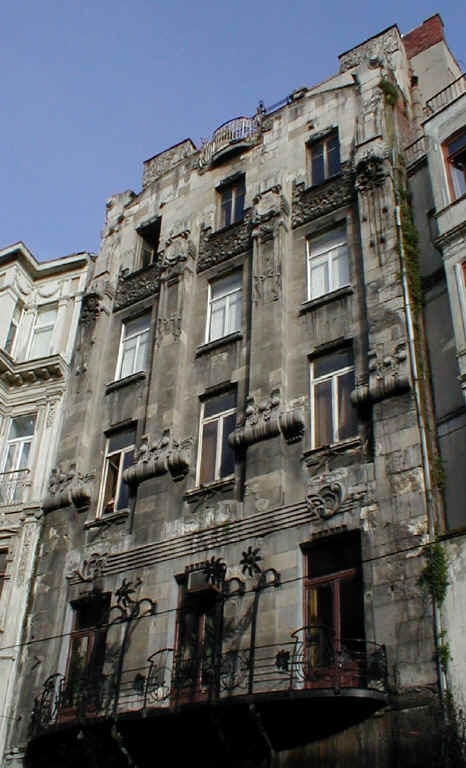 When walking down İstiklal Avenue it is hard to miss the decadently designed Botter Apartments that was commissioned by Jean Botter, Sultan Abdülhamid II's tailor, and designed by the famous architect Raimondo Tommaso in 1901 in the Art Nouveau style of that era. Being the first fashion house in Turkey, the Botter Apartment's exterior is decorated with stone roses and large women's heads with wrought iron balconies. Jean Botter, who was influential in Ottoman fashion for three decades, had tailored many clothes for the sultans and woman in the palaces. For Abdülhamid II, Botter was a man who could be trusted with anything he gets his hands on and thereby played a very crucial part in the palace. With the money he had earned from being a tailor, Botter built his apartment building in Pera next to the Swedish Consulate. The building was designed to function as both Botter's workshop and an apartment building in which he and his close relatives could live. The building served this purpose until the end of World War I. After the war, with the fall of Abdülhamid II, Botter lost his customers, mainly from the palace, and fled to Paris. The building, left vacant after the Botter's family fled, is planned to be opened as a luxury hotel in the near future. 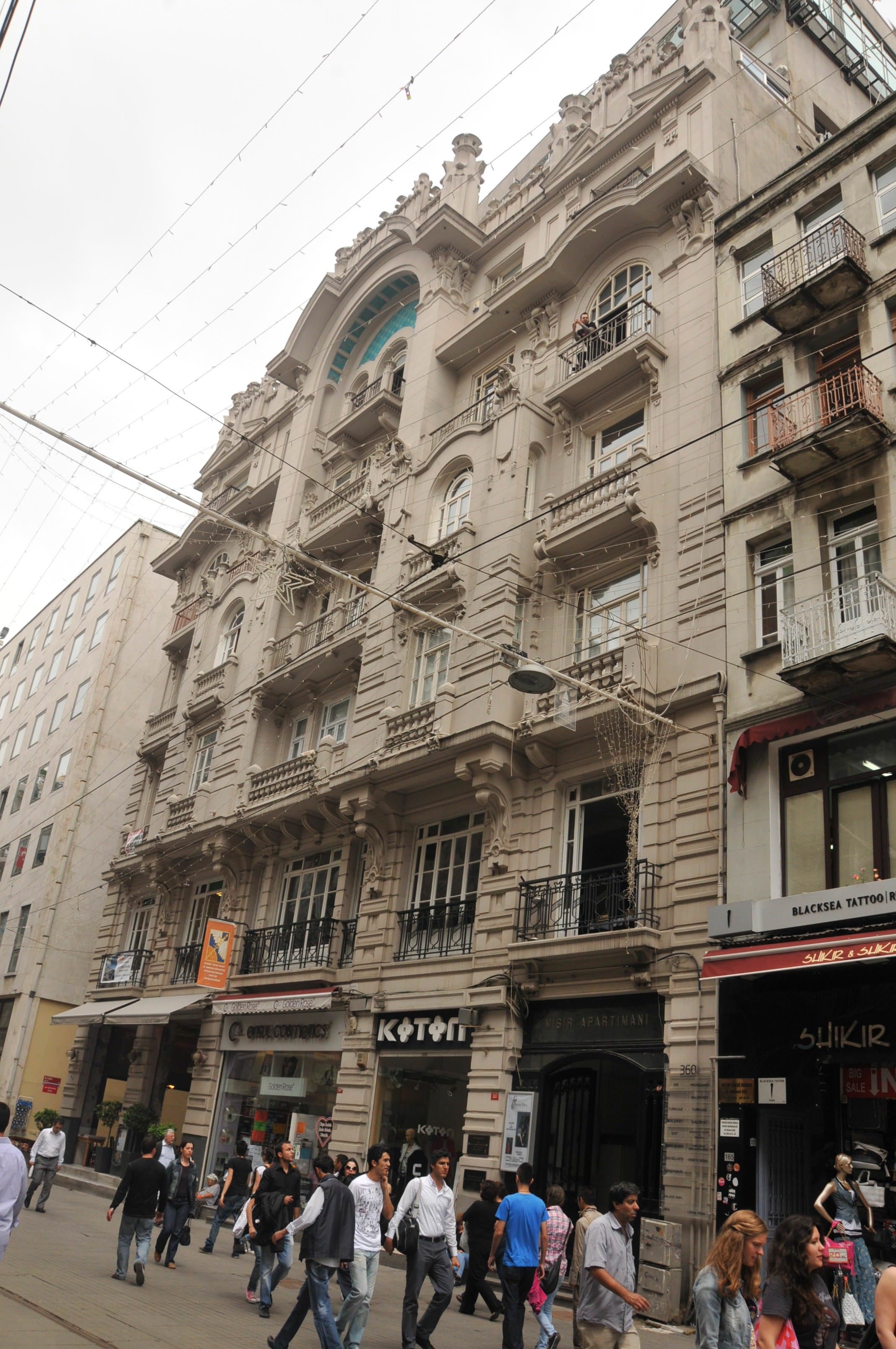 The construction of the Mısır Apartments on İstiklal Avenue next to the Church of St. Anthony of Padua began in 1905 and took five to 10 years to complete. A historical building that stands six stories high in elegance and grace, the building is a defiant eye catcher for those walking along İstiklal Avenue. The Mısır Apartments, being one of Istanbul's first fully concrete apartments, was designed by Armenian architect Hovsep Aznavuryan, who was given special order by the Egyptian Governor Abbas Halim Pasha. After Abbas Halim Pasha's death, the structure was divided among his inheritors and sold to Hayri İpar. After this, the building was taken care of by Ali İpar, Hayri İpar's son. During the time the Mısır Apartments was in the possession of the İpar family, the building underwent many changes and had many famous residents. It housed the clothing store Lazzaro Franco, the well-known porcelain store Karaoka, the elite dentist office of Sam Grunzberg and renowned Turkish writers and poets such as Mehmet Akif Ersoy and Mithat Cemal Kuntay. Today, the building is home to several restaurants, a theater, art galleries and offices. 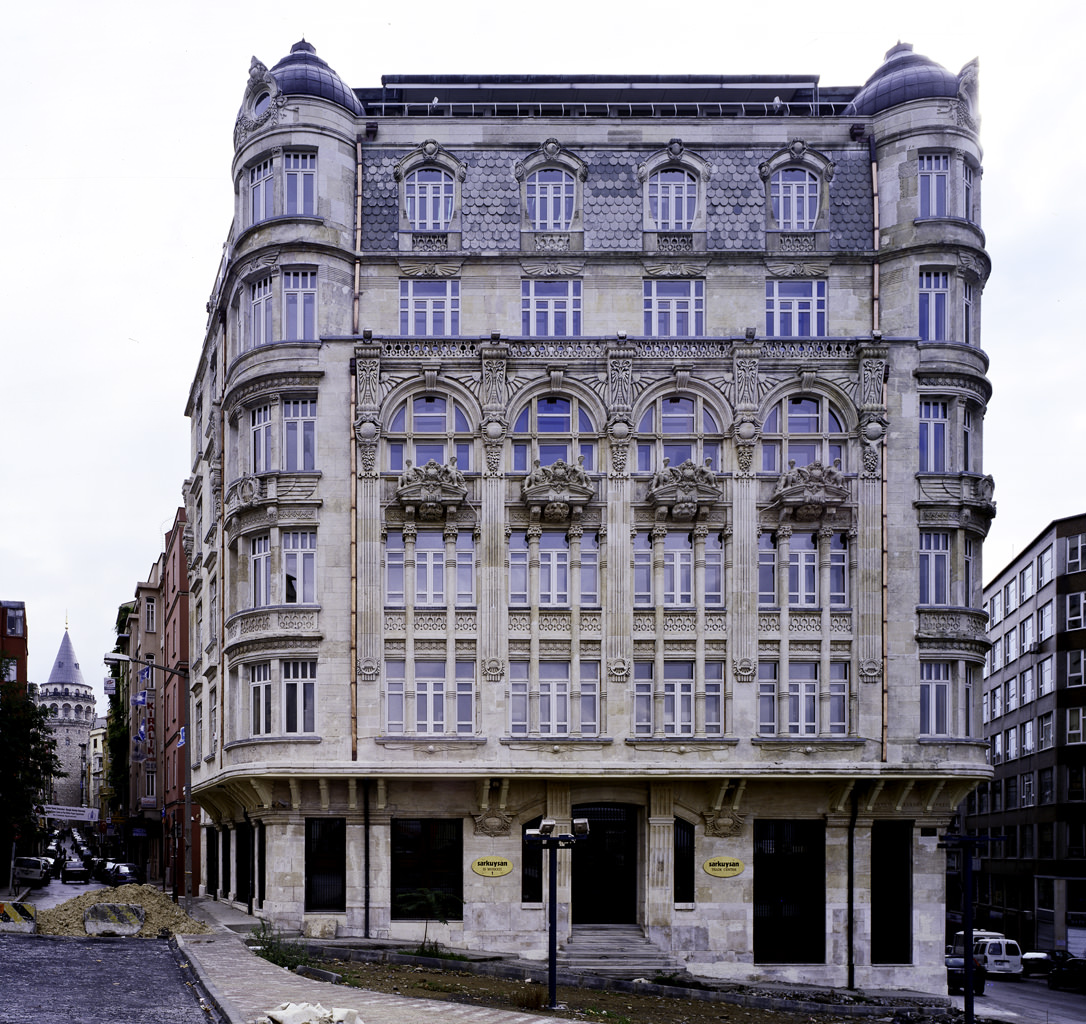 The Frej Apartments building in the Şişhane district is quite mysterious, as we know little about the time period it was built or its architect. According to rumors, the building is said to have been built sometime between 1890 and 1910 and was designed by Greek architect Kyriakidis. The building, known to be owned by a very wealthy Christian family from Beirut, Selim Hanna Frej, tells a very tragic story. Selim Hanna Frej daughter, Anjel, married Feridun Bey, who was a very handsome and successful businessman. After Feridun Bey decides to retire, they sold their home in the Frej Apartments in 1948 for 150,000 lira. Feridun Bey and Anjel, who later took the name Aysel, moved to a small apartment in Nişantaşı. After moving and downgrading their lifestyle, everything started to unravel as Feridun Bey fell into a pit, broke his leg and eventually died. Anjel was left on her own and struggled with relatives fighting over the inheritance. People started to argue that Anjel had lost her mind and she was later put into an asylum. She was then put into a nursing home as her fame and wealth eventually disappeared, which brought everything to a tragic and lonely end. 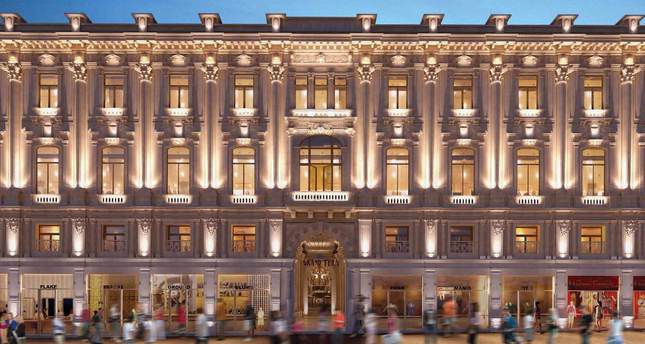 One of the most breathtaking buildings on İstiklal Avenue, the Cercle d'Orient, was completed in 1882 and served as a club for Beyoğlu's Ottoman aristocracy. Home to the Büyük Kulüp (Grand Club) whose members where bankers, stockbrokers, pashas and ambassadors, the Cercle d'Orient functioned as a lifestyle and entertainment center in its time. Housing cinemas, patisseries and other shops, the radiant building also served as a venue for meetings on politics and the economy. Although the building lost its importance among the Beyoğlu elite, the Grand Club remained in Cercle d'Orient until the 1970s and later housed several businesses important to Istanbul's cultural life, including the historical Emek Movie Theater, İnci Pastry and Rüya Movie Theater. Built by the famous architect Alexander Vallaury for Abraham Pasha of Armenian origin, the Cercle d'Orient is one of Vallaury's most beautiful and elegant buildings. It was actually so beautiful in its heyday that it was considered as competition to the palaces that where built in its time. With initiatives from the Beyoğlu Municipality the building is currently under renovation and will be reopened as a striking center under the name Grand Pera.
RELATED TOPICS