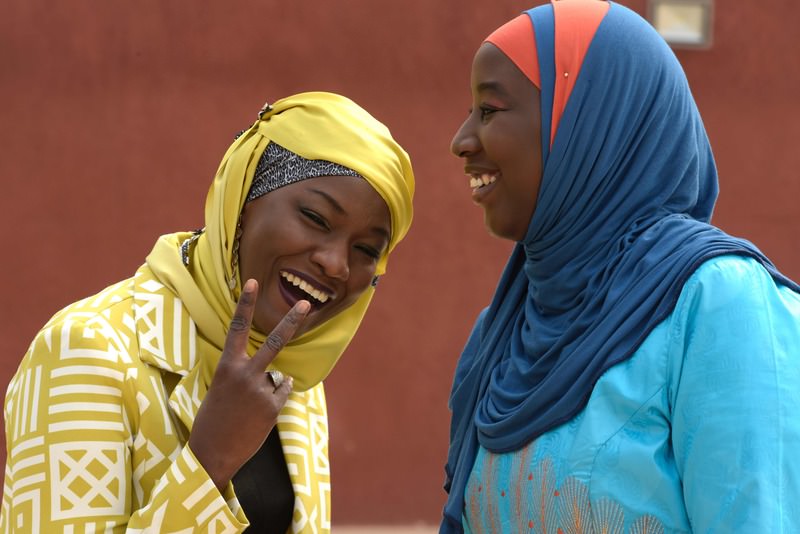 World Hijab Day celebrates its fourth year today, calling on women from around the world to share in the intolerance that Muslim women, who wear hijabs experience in their daily lives

"People say the hijab is a sign of oppression. Well, it is a form of oppression if you don't let us wear it," stated Salmah Moussa on the World Hijab Day social media account; a sentiment probably reiterated by many other women wearing hijab, the headscarf worn by Muslim people as a requirement of their religious faith, around the world. For some, the hijab is a piece of the Islamic dress code that Muslim women must adhere to, while others believe it is something that triggers the present anti-Muslim sentiment on streets around the world. In some cases, it is seen as a political statement. Despite the varying opinions, if you give an ear to a woman who wears hijab, she will tell you that it is a way of life, a manifestation of faith and respect. 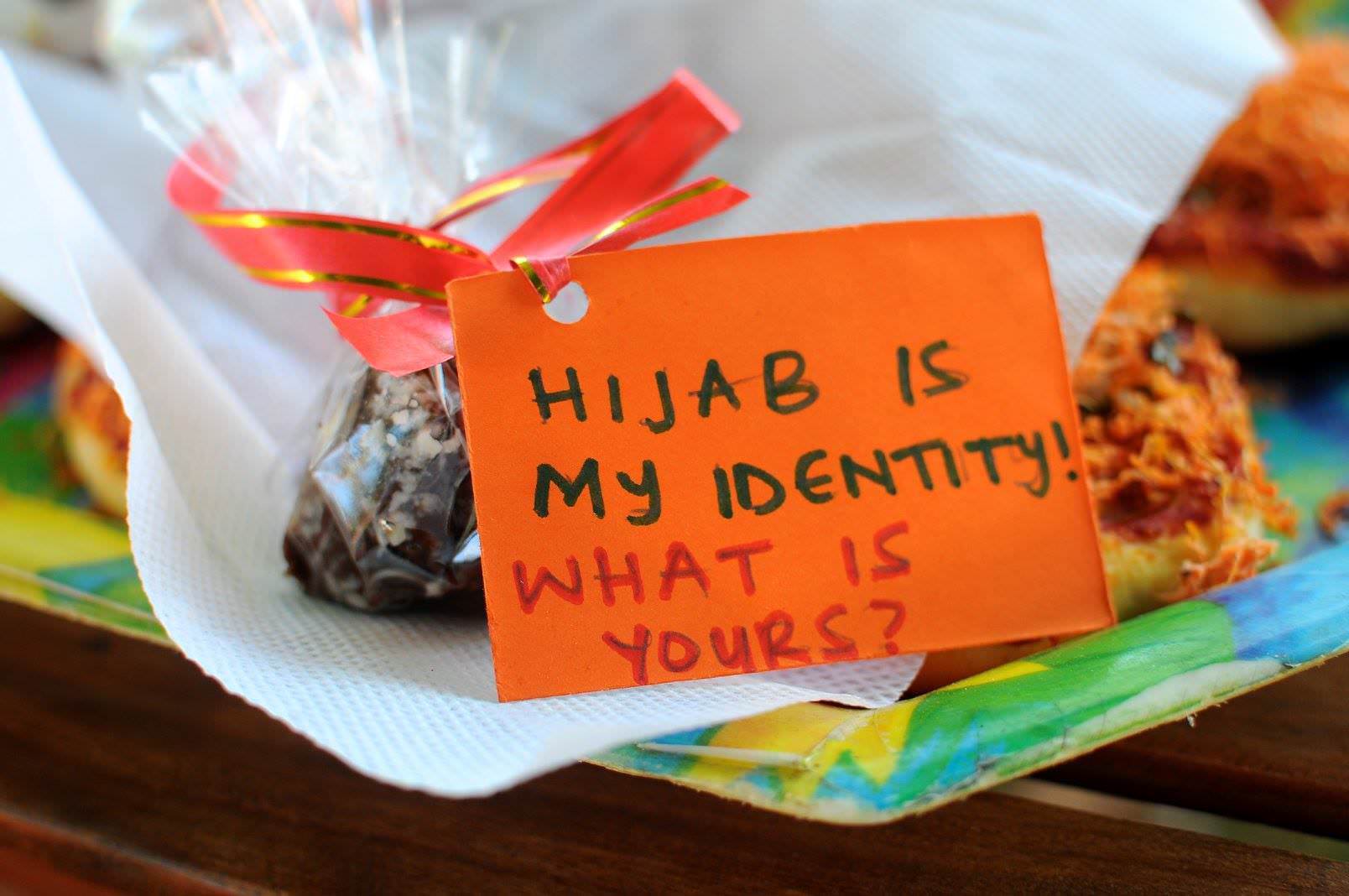 To open a new path to peaceful discourse on this long-debated issue, World Hijab Day, which is celebrating its fourth year with the motto "Beautiful, Confident and Empowered," calls on women to experience a day in the life of a hijabi. For those who have not yet heard about the movement, New Yorker Nazma Khan is the mastermind behind World Hijab Day which was penned on Feb. 1, 2013. The day is not just about wearing hijab, but serves as an opportunity to put yourself in the shoes of a hijab-wearing woman and think of the reasons of why they stand against a negative stance like Khan, who recalls her personal experience with the following words: "I experienced a great deal of discrimination due to my hijab ... In middle school, I was called 'Batman' or 'ninja.' When I entered university after 9/11, I was called Osama Bin Laden and a terrorist. It was awful. I figured the only way to end this discrimination would be to ask my fellow sisters to experience wearing the hijab for themselves." 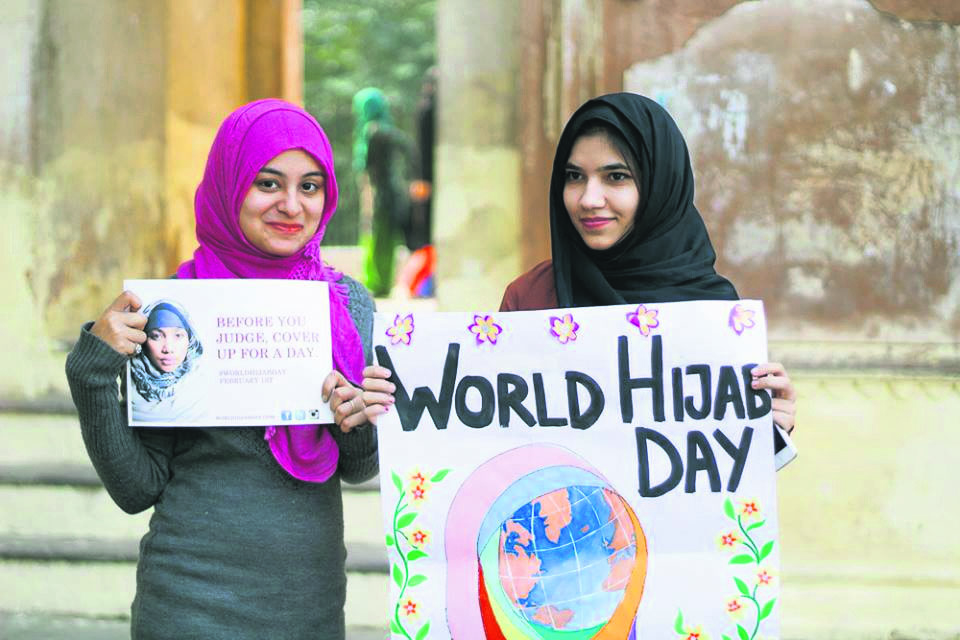 Why should anyone feel the need to call a young girl such insulting names? Other similar occurrences happened last year, too. In October, Silke Raats, a Belgian university student, cancelled her social experiment after she went to school wearing hijab, BBC Turkey reported. Her friends thought she had gone mad, become a member of DAESH or was planning to marry a Muslim man. Also in December, Larcyia Hawkins, a tenured political science professor at Wheaton College, an evangelical university outside of Chicago, was suspended after she wrote in a Facebook post that Muslims and Christians worship the same God, according to a report by Reuters. Hawkins wrote on the social media site that she was donning the Islamic head scarf during the period of advent before Christmas as a sign of solidarity with Muslims. In her post, she said that "we worship the same God." After that statement drew criticism, the school put Hawkins on administrative leave, according to university representatives. It is possible to count more stories to exemplify the issue, but there is a huge gap between what these women of faith believe - that the act of wearing hijab is a human right - and what other people think.

The October report released by the Measuring Anti-Muslim Attacks (TellMAMA) Project based in the U.K. revealed some supporting data. Exploring the online and offline instances of anti-Muslim hostility, researchers from Birmingham City University and Nottingham Trent University released a report with key findings showing that "Muslim women suffered more offline incidents than men in the dataset." Furthermore, around 44 offline cases reported that "the individual was wearing traditional Islamic clothes at the time of the incident." One of the participants was Asma, a midwife, who reported in her own words: "I was in a maternity ward and one of my patients was in labor during the nightshift. When she saw me with my hijab, she swore at me. She shouted, 'I don't want my baby to see your terrorist face. I don't want my child to come into this world and see someone like you, a terrorist. I then left my job as a midwife because I felt a lot of people hated me." Considering that similar incidents have spread to other countries, the current scene looks worrying.

For Turkey, there is still a terminological debate on defining the hijab and the headscarf. It was 1984 that the first ban on wearing the headscarf was adopted for Muslim women; yet, the ban was effectively enforced after the postmodern coup of 1997. It was common to see university students taking off their headscarf at the entrances of public buildings and wearing hats instead. Tiny curtain rooms were set up at the entrance of places like the Faculty of Letters at Istanbul University, where hijabi students could change before entering the school. The abolition of the ban came in a political move in 2010. But things were not easy for Turkish women wearing hijab, as they have experienced and still encounter cases where they are described as the "other."

Organized by social networking sites, World Hijab Day deserves to achieve more than just symbolic solidarity. It has attracted the interest of many Muslims and non-Muslims in more than 140 countries worldwide. Literature on World Hijab Day has been translated to 56 languages. There are also more than 90 World Hijab Day ambassadors in nearly 40 countries.
RELATED TOPICS