Trading a kitten for love 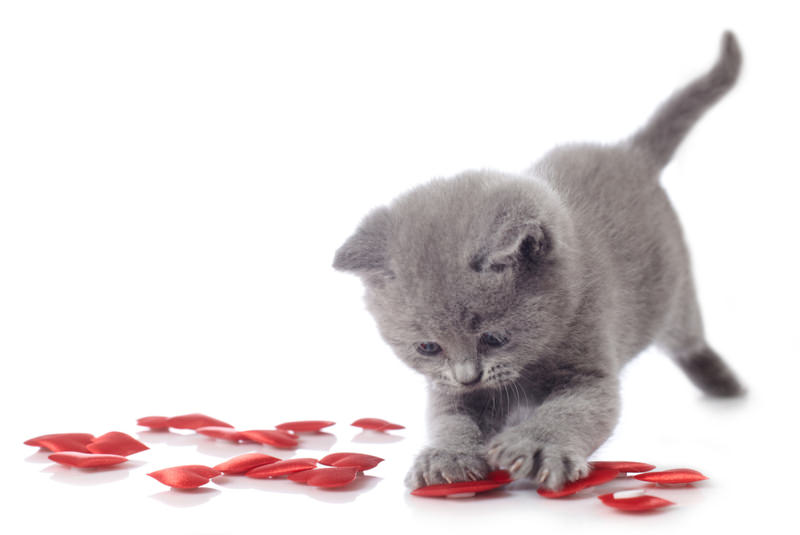 It was only a couple weeks before I met him that I sat and prayed to God: ‘I have finally come to accept loneliness, but please, I beg you, take from me the need and desire to love and be loved'

"Leukemia," said the doctor, "we need to eliminate leukemia." Going back a couple weeks, waiting in the hospital room with nothing over my bare body but a "hospital green" gown, I leaped out of the chair when the surgeon walked in. Unaware of the "news," I was - sort of - ready for the surgery, only to be sent back home at the last minute.

My blood work did not seem "right." "Something is terribly wrong," was what my surgeon said and it required immediate attention. Hence surgery was canceled at the last minute, bringing me to the doctor's office, the one who wanted to "eliminate the chance of leukemia." Loads and loads of tests were carried out, heaps of cash was spent.

My mother and sister, the only members of my immediate family were oceans away. Being born and raised in Australia, most things in Turkey are still foreign to me. Living on one's own in a mega city like Istanbul on a single salary and paying more rent than the average family simply to lessen the torment of commuting to work, is not an easy task. As the word "leukemia" echoed in my head, all I could think about was, how will I survive? I need to work. I can't tell mum, it would kill her to know. I thought of the worst, like with all else: Will I die all alone? Will anybody notice before my body starts to rot and the stench of my dead body empowers the apartment?

And at that moment, "ping," "ping," "ping," his Whatsapp messages rang. I was frustrated, thinking, "just leave me alone," but too polite to say it outright. Then again, I had nobody else but this "stranger" who was available and willing to listen and care. So I thought "what the hell!"

It wasn't love at first sight. Actually, he was irritating at first. I know what you are thinking, but it's not that either. The attention I was getting from him was unwanted at the time.

We first connected through our mutual fondness for cats. I wanted to adopt a kitten to fill the void in my life. He had kittens to give away. This "trade affair," quiet and subtly evolved into something else.

It was a difficult time and he was there, without expecting anything in return. When I was eventually diagnosed with thalassemia - phew - and not leukemia, he was as relieved as I was. Immediately he did some research - it seems - and provided me with more detail than the doctor on what I needed to do, which foods I should eat, et cetera.

He was traveling back and forth as he wasn't in Istanbul the whole time that year. So while he was away we would Skype. During his away-time, every evening after I got home from work, he would prompt me to login to Skype with my dinner ready.

I'm terrible at eating regular and nutritious meals. Knowing this very well, he made it a point to make sure I was eating better food to help me with my newly diagnosed illness. So he would monitor my eating, while our relationship further developed with our hours-long chats over my meals.

At 30-something-years-old I was not interested in romance. It's not because I felt old, I was just tired and had actually given up, and between you and I, I'm a slightly - only "slightly!" - difficult person. A romantic relationship with him was the last thing on my mind. Especially at a time when I had recently prayed to God, asking Him to take from me the need and desire to love and be loved.

We are both linguists, which gives us great topics to discuss, or so we think. We have too much in common - just as much as we don't. He's a scorpio, I'm a taurean - whether you believe in that sort of stuff or not - so we're both somewhat trying characters. But nothing is impossible to overcome, because above all, we respect each other's views and wishes even if we are in total disagreement. Somehow, we always manage to meet half way.

Although when he first made his feelings and intention clear I abruptly and directly refused him. He was relentless and eventually convinced me that "we" can work. He did not have to list any reasons or tell me stories, he was just himself and stood behind what he believed. Spending time with him was something to look forward to, the highlight of the day. We are never out of topics to discuss or we would simply delight in our unified silence.

Today, we stand side by side, very much in love and engaged, planning the next step ahead of us.

I actually started writing this post to share what is involved in preparing for a traditional, or perhaps not so traditional, henna party. But that will probably not be any time before spring.

Oh, and in case you were wondering, I never got the kitten, but I believe, this time, I ended up with the long end of the stick. Happy Valentine's. xoxo
RELATED TOPICS