Sights and sounds from Istanbul's streets 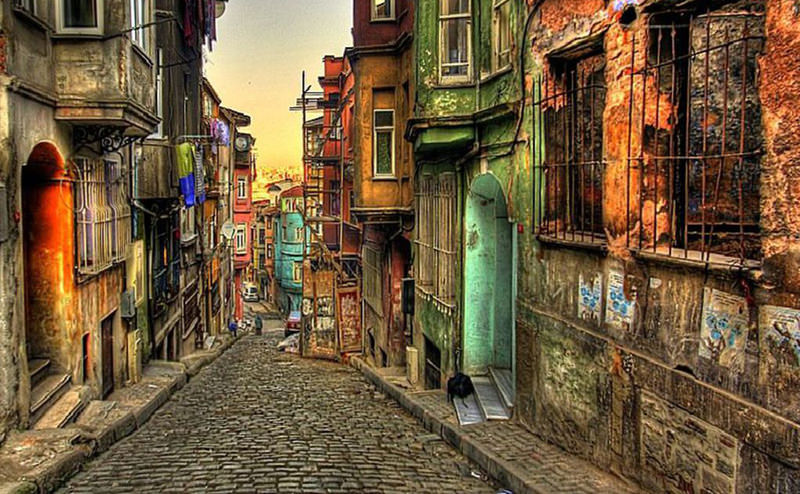 Have you ever felt the daily sounds of Istanbul while wandering the streets? Every street has its own cultural elements inherited from its past. It might either be the sound coming from a coffeehouse, a mother's voice calling the children for dinner or a street vendor yelling out, but with each step the sounds give you another insight

Every city has its own unique sound. Whether it's the street musicians and their happy tunes or sellers trying to attract attention, each city has a different set of sounds that make it feel like home. Istanbul, a large metropolis city spread across two continents, has the perfect mixture of old traditional and contemporary sounds to offer its visitors and locals alike.

The buzzing in the streets of this city starts in the early hours of the day. The first thing that catches my attention is the "clink-clink-clink" sound of spoons as they hit the tea glasses. This sound is familiar to most people who call Turkey home because it indicates that a big Turkish breakfast is waiting for you. Next, as you get out of bed to start your day, the sounds of the streets attract your attention. 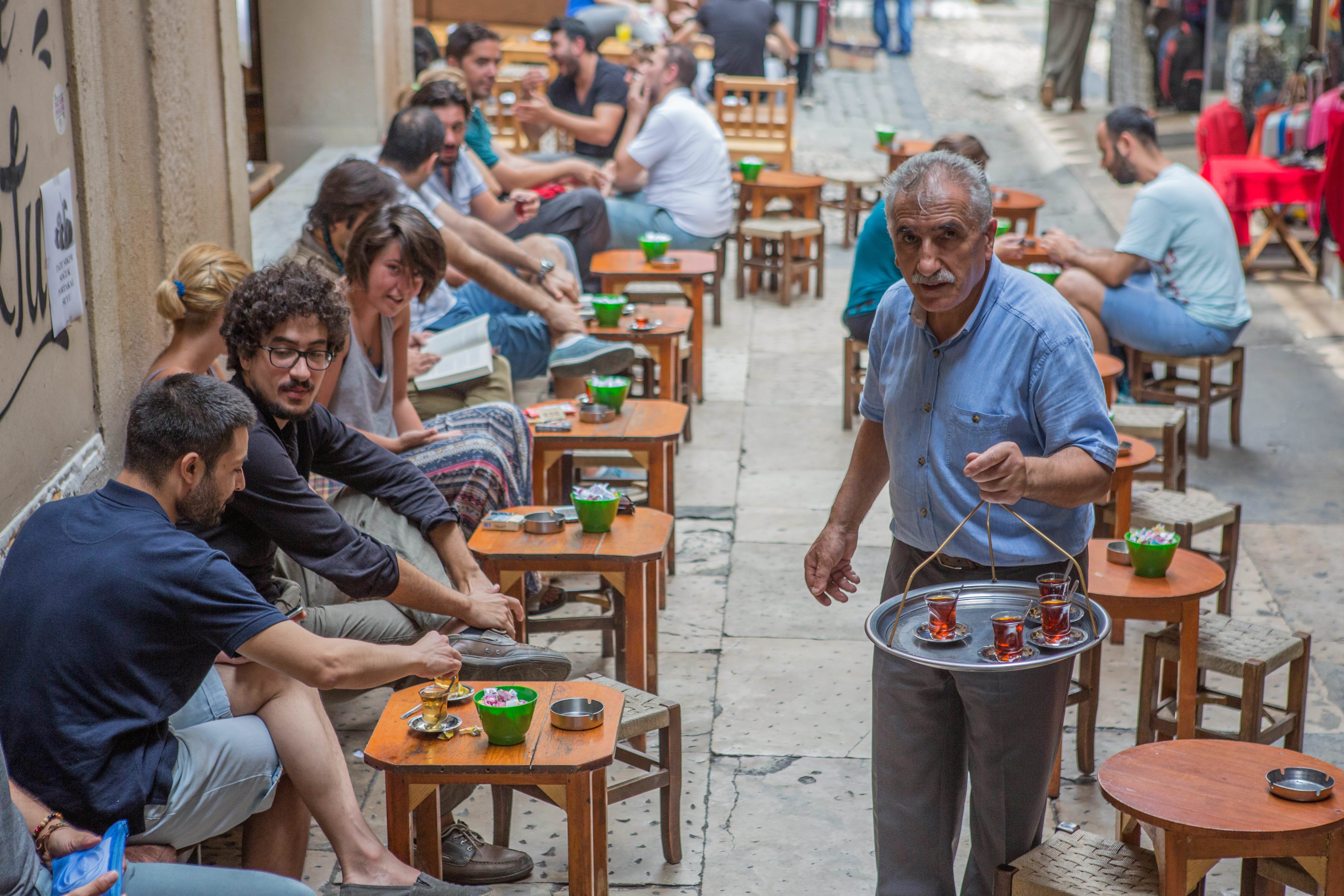 Outside, you catch the aroma of freshly baked bread coming from the bakery down the street. Friendly good day wishes fill your ears as locals head out to buy newspapers and other necessities from the markets that line the streets. Something catches your attention, a low yet deep hollering of a man pushing a cart yelling, "Simitçi, simitçi!" Selling a cart of sesame pastry (simit), the "simitçi" walks up and down the streets of Istanbul letting people know that breakfast is served. Left and right, people dangle their baskets for the man to fill.

The "simitçi" is long gone by the time the next hollering man comes along with his cart, but this time he's not selling anything. In a high-pitched sound, he yells "eskici, eskici!" while pushing a cart full of random knickknacks. Again, left and right people start calling the guy over so that they can give him old items such as appliances or metal goods that they no longer need. The man with the cart politely collects the items given to him to be sold or used later. The sound of the "eskici" is a reminder of the kind hearts and helping hands of the people who reside in the city. 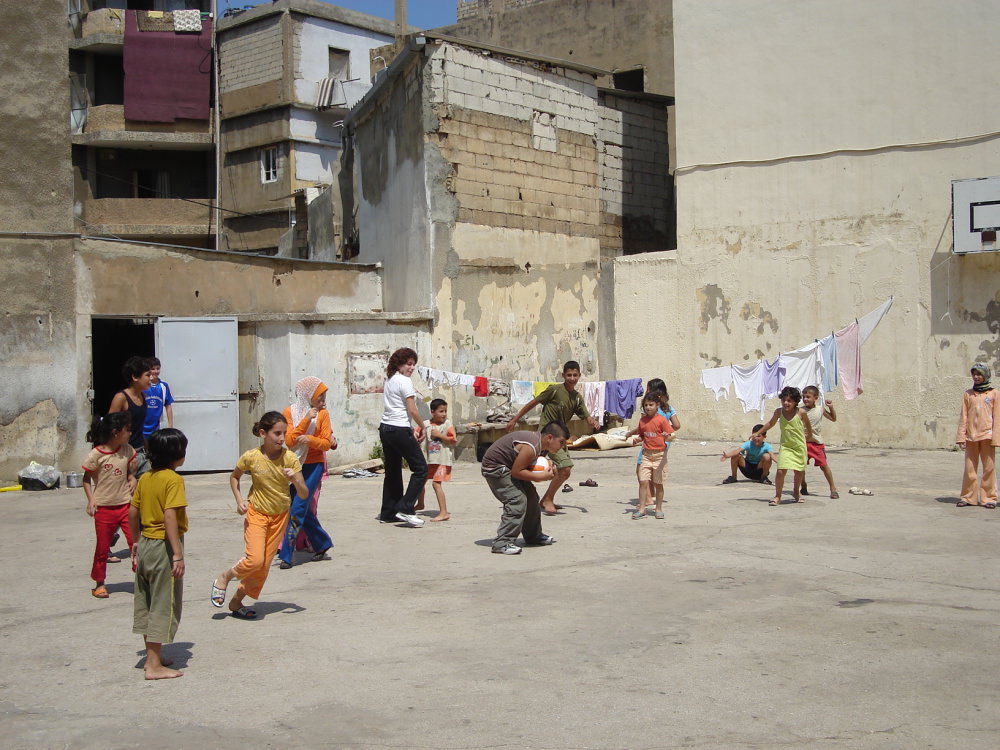 Toward the afternoon, you head into town for some shopping where the sounds and mood of the city start picking up speed. In the marketplace, all sorts of people and sounds grab your attention – sellers yelling out discount prices for shoes, clothes, food and more; waiters in front of restaurants reciting the specials of the day – fish, kebab, döner; ice cream vendors in traditional outfits ringing bells and chimes to inform you of the best ice cream in town; and locals greeting each other with warm hellos as they make their transactions for the day.

All the sounds in the city can be quite overwhelming, and just when you're thinking of finding a quiet place to sit and enjoy the day, a low lull comes over everyone. The imam comes on at the nearest mosque and starts the call to prayer. You can hear the imam's voice five times a day, and will notice the serenity it brings to the whole city. If it is a Friday shortly after the call to prayer, you can hear the locks and shutters of stores being closed as people bustle to the nearest mosque for Friday prayers. You are sure to notice the low chatter of men, both old and young, near local mosques during this time of day. 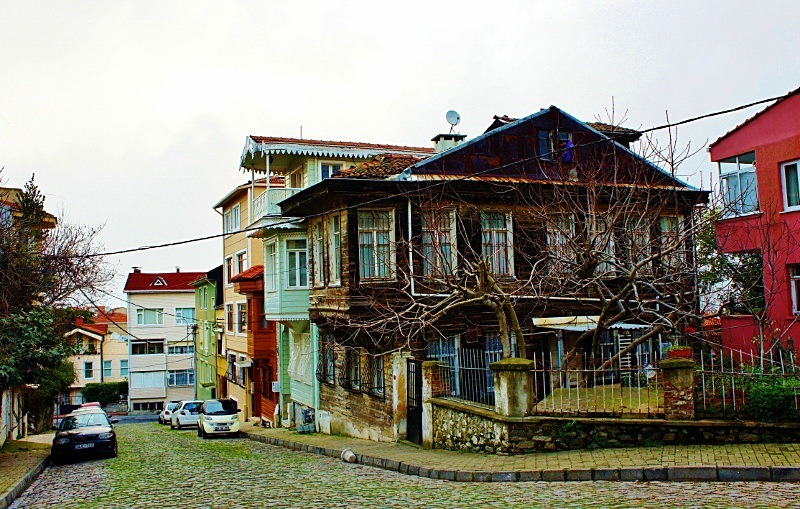 As you walk around some more, the sounds become subtly quieter. The metallic sound of the nostalgic tramway making its way along steel rails sets a nice repetitive tone in the back until you hear, ding-ding-ding – which is the conductor warning you to snap back to reality. Just then, you hear the distant sound of a guitar, saxophone or drum playing. Street performers are everywhere in Istanbul, filling the streets with beautiful music. Whether it's traditional Turkish music or an instrumental cover of your favorite song, Istanbul's street artists play it all.

If you take a walk on the Bosporus at sunset, you can hear the natural sounds of Istanbul. The shrieks of the seagulls as they soar in the sky and dive into the sea put you into a trance as you watch the view. Here and there, you can hear the honking of the steamboats and ferries as they say hello and warn each other to make way. And, just in the background of all of these sounds, is the quiet, barely noticeable splashing of waves as they hit the rocks over and over again.

The quietness is then broken by a convoy of 20-plus cars all honking with their drivers shouting. All the cars are decorated in bows and flowers as they carry a bride and groom to a wedding. The happy couple lets everybody know about their marriage as people congratulate them by honking back.

When it's finally time to head home again, the atmosphere in the streets changes again. The laughter of children fills the streets as they play games like hopscotch and soccer while they wait for dinner. One-by-one, mothers call the kids in for family dinners. Shortly after, the balconies of homes fill with people chatting quietly about their day and exchanging funny stories. If it's winter time, the "bozacı" will walk up and down the streets yelling "boza!" trying to sell his wheat drink to those who have not slept yet.

After all of this, the day comes to an end and you are left to enjoy the quiet of the city all to yourself.
Last Update: Feb 16, 2016 1:29 pm
RELATED TOPICS