A look inside the family home of Turkish sextuplets 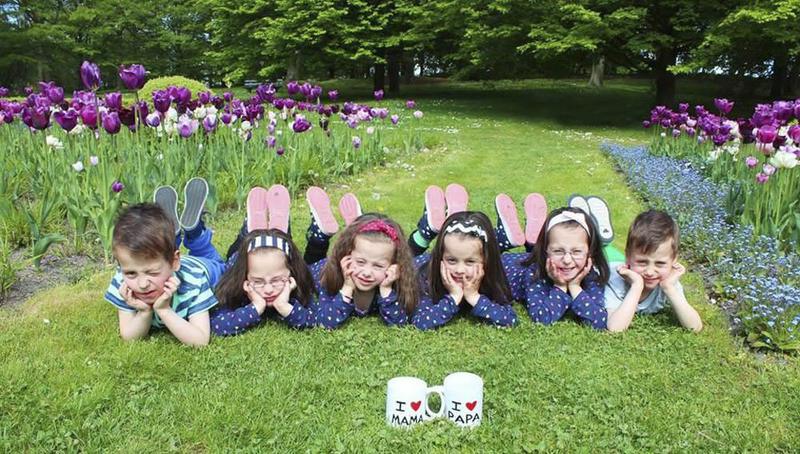 The family home of the Temiz sextuplets may look like a nursery school, but their mother, a Polish Muslim woman who married a Turkish man, tells what it is like to raise these miracle children

Roksana Şeyma Temiz, 32, is a Polish woman living in Germany. While she was a little girl, her family moved to Germany because of the financial difficulties they experienced in Poland. Raised in Berlin, Roksana finished high school before her peers and began working in a restaurant at the age of 16, where she eventually met the love of her life. Hikmet Temiz, 42, the son of a Samsun-based family who migrated to Germany, fell in love with Roksana at first sight. When Hikmet met the family of the woman he wanted to marry two years later, the couple faced cultural barriers from Roksana's Polish, Christian family and Hikmet's Turkish, Muslim family. The families did not accept the idea of intercultural marriage and, therefore, Hikmet's family said that the marriage could not take place due to the differences in culture and faith. Roksana's family also objected to the marriage. However, the couple stood firmly, deciding to marry despite the odds stacked against them and declaring their love for one another. A short time later, Roksana converted to Islam and took the name of Şeyma. 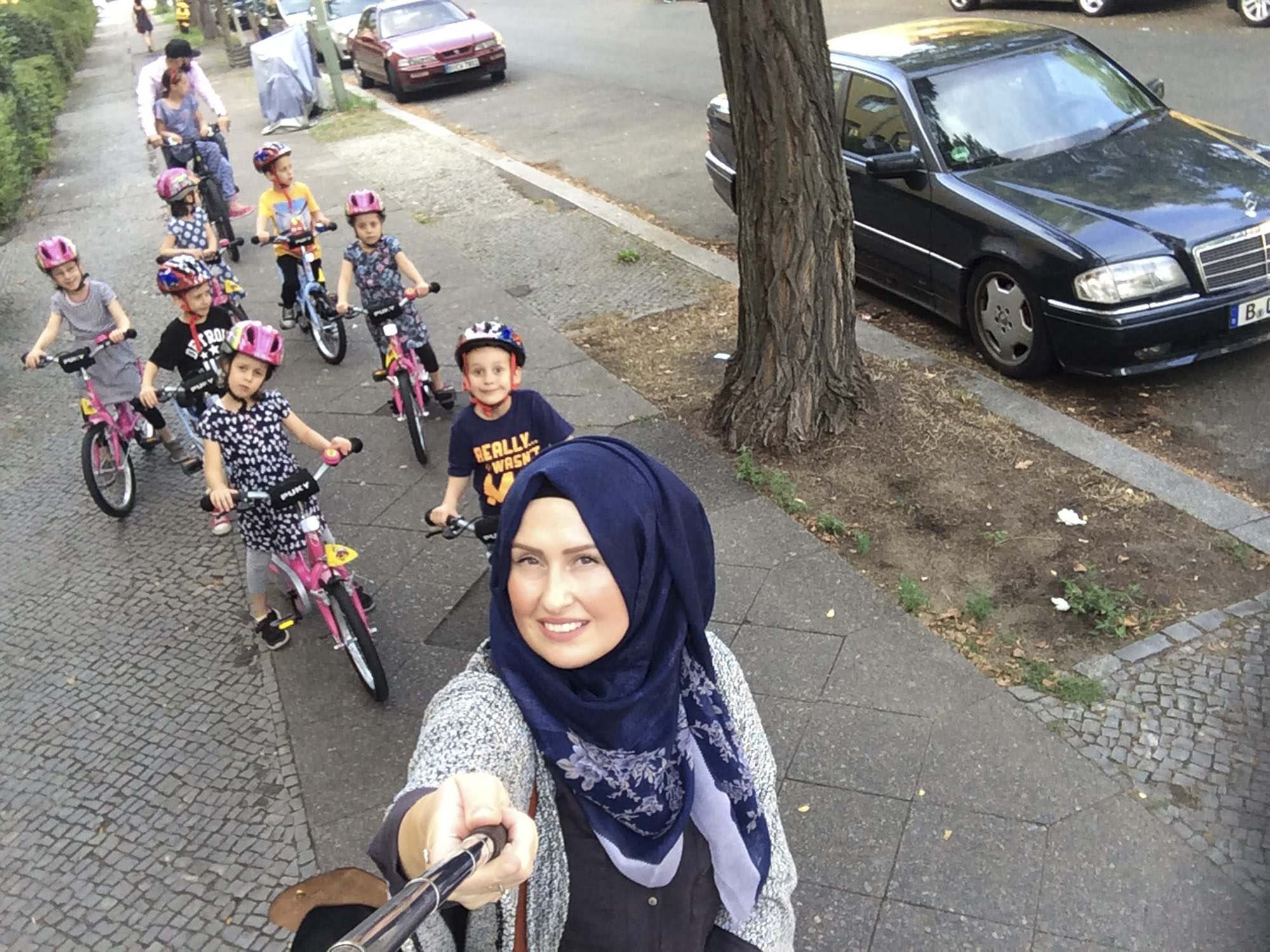 The young couple wanted to have a child after two years of marriage but Şeyma could not conceive a child. "We did not know what was going on," said Şeyma. "We went to a doctor and he said that we could not have a child due to hormonal deficiencies. I went through hormonal therapy and finally got pregnant. My first child, Meryem, was born in 2004."

Şeyma and Hikmet wanted to have another child when Meryem turned three as they did prefer an age difference between Meryem and a sibling. They saw the doctor again and went through a second hormonal therapy. During the fourth month of treatments, Şeyma learned that she had become pregnant. Then, the doctor revealed shocking news to the couple: an ultrasound showed four babies in the young mother's womb. Two weeks later, the couple learned that they were expecting sextuplets and the real panic set in.

The doctor advised Şeyma to have some of the children aborted due to the high risk associated with delivery of sextuplets. "I was crying all the time because they would give the babies a fatal injection right though their hearts to abort them. How could I do such a thing? If I were to abort some of them, I would always think of them for the rest of my life. So, I refused to have an abortion," Şeyma said. The sextuplets were born in 2008. The couple had four daughters and two sons named Ahmet, Esma, Zeynep, Zehra, Adem and Rana. After birth, the adventure began. "Since my babies were kept in separate nurseries in the hospital, I used to visit them alone. I understood what it means to have sextuplets, when I saw them in one place. As soon as we saw six of them in one place, we became the happiest parents. Then, I felt a sense of shock; six babies are too many," Şeyma said.

When the number of family members increased, their three-bedroom home became too small and the couple went house hunting. However, nobody wanted to rent flats to a large family in Berlin. "We did not know how we were going to live and how we could look after the babies when they came home," said Şeyma. After a German newspaper, Bild, published an article about the family, they received tremendous support; including beds, baby formulas, diapers, strollers and a nanny who would help the family at night. While this provided temporary relief for the new parents, the assistance only lasted for eight months. The following year, the family had another child. The unplanned pregnancy surprised the family very much.

Now, the children seem to have gotten used to the daily routine at home. The residence of the Temiz family is reminiscent of a nursery school. The two children are as neat as the sextuplets and the children have grown accustomed to order over time. "Our house has been just like a kindergarten since the beginning," Şeyma said. "People are shocked when they see the children, who have been acting as a group all the time saying, 'Now, we are eating our meal, brushing our teeth or playing games.'" It was hard for Şeyma to get children organized for school at first. During the first days of school, each child was asking and telling Şeyma different things, which confused her very much. "I immediately set rules," said the mother of eight children. "Now, they put away their bags, go to the bathroom one by one and wash their faces and hands as soon as they came home from school. Then, the children take turns telling us what happened at the school without interrupting one another at the table and are eating their meals in a well-behaved manner. They all got used to the new rules; everybody moves in order while going to school and when they come home," Şeyma said.

Şeyma, on the other hand, has a hard time finding time for shopping. She said, "Since I have a lot of children, it is more practical to shop online. It is a waste of both time and money when I visit the stores. This is why I am always on alert for sales. For instance, I prefer purchasing the different colors of the same jacket for my children. Sometimes the girls wear the same clothes while the boys wear the same as well. However, when a dress has an image of a princess on it, my girls might get jealous and ask why their clothes are different."

"It takes six hours for me to prepare their meals. They love eating and never differentiate between meals. I show special care to their nutrition," she said. She complains about the expenses as they have to buy six pairs of clothes at the same time, which makes shopping very expensive. "I have to pay 600 euros for six jackets, which is expensive for me," Şeyma went on to say.

When they go out, they see curious eyes around them. "People get surprised when we go out with six children. I felt overwhelmed as they showed great attention. After this experience, we stopped going out with two triple baby strollers. "Now, when my children's school friends learn there are six siblings in the family, they are surprised. Sometimes, I make them wear the same clothes and go out together. People think we are on a school field trip and that I am their care-taker. When I came to Turkey, people surrounded us when they saw us. They were very curious and asked lots of questions," she said, laughing.
RELATED TOPICS