Turkey one of fastest-growing markets in financial technologies 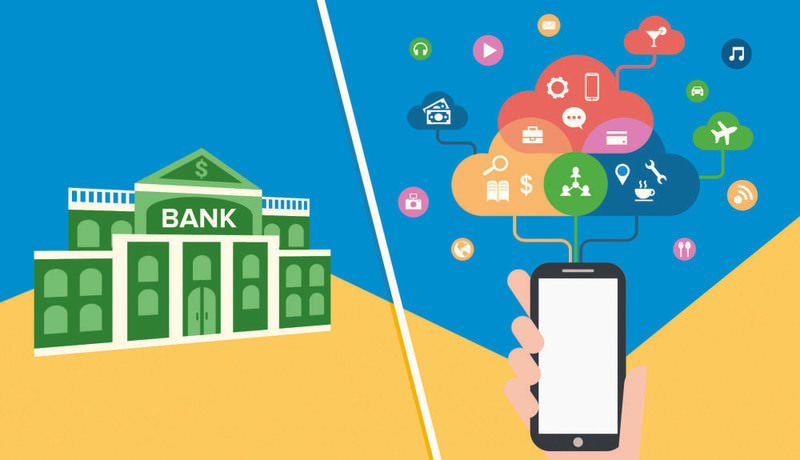 In an age of efficiency, finance, one of the oldest industries, is rightfully looking for opportunities to make its systems, from payments to loans, more user friendly for both customers and merchants. Banks and other financial institutions are struggling to keep up with a rapidly changing world of technology and innovation. Considering the last few thousand years of humanity during which we have adapted ourselves to metal coins and paper currency, it's not surprising that the finance sector does not want to lose its edge regarding how we pay for our latte in a coffee shop. But, we are now living in the innovation era. No matter how old the industry, all businesses are obliged to disrupt their approach, their revenue model and their technological infrastructure to try new things.

This is where "Fintech" joins the game. It's an abbreviation for financial technologies and also a collective name for disruptive IC technologies used to offer financial services for both customers and merchants. Fintech is an industry where you don't have to be big to win. In fact, most Fintech companies are young startups less than 5 years old. But young doesn't mean weak; if you look at the CB Insights' unicorn list --companies with a market valuation of over $1 billion -- you will see that 19 out of 155 unicorns are in the Fintech game. Also, according to statistics compiled through Pitchbook by Innovate Finance - a global non-profit Fintech association, Fintech firms saw a total of $12.5 billion investment in 860 deals. Just in December 2015, 81 Fintech startups got over $1 billion investment. China, the U.K. and the U.S. are the leaders in the area, both in terms of investment and according to Fintech firms.

Payments game is on!

The Fintech industry covers a wide range of technology and services, ranging from POS analytics to order screening, from peer-to-peer loans to mobile banking. But for now, the main focus is on two topics: mobile payments and P2P loans. For millions of people who needs quick cash and don't want to bother themselves with paperwork in banks, getting short-term loans from another human being by just tapping on their smartphones is the best innovation ever. This is why the hottest Fintech startups like Lending Club or Funding Circle are rising so fast that they are completely disrupting the banking industry.

Mobile payments, on the other hand, are where the tech giants are playing their game. Apple Pay, Samsung Pay and Android Pay are intimidating other startups with their giant user base. With these services, you don't need a physical credit or debit card anymore. You just enter the info on your smartphone, and the next time you go to buy a book, you can make the payment by bringing your phone near the counter, if the store has a NFC compatible cash register and a tech-savvy cashier. Sadly, none of the three big players have entered the Turkish retail market yet.

So what about Fintech in Turkey?

A recent report from market research firm Statista says Turkey's Fintech market is currently a little bit behind compared to industry leaders in Europe. For example, by the end of 2016 Germany will see its Fintech market grow to $188 billion. That's $19.6 billion for Turkey. But Turkey has a tremendous potential with its growth rate. According to the same report, Turkey's Fintech market is growing 19 percent year-over-year where Germany is maturing at 10 percent. That's why Fintech Istanbul -- the first Fintech platform in the country -- is calling 2016 "The Year of Fintech in Turkey." Looking at their numbers, powered by the Interbank Card Center (BKM), it is possible to gain some insight to compare with global leaders. In the last five years, Fintech investments in Turkey grew eight times bigger with $9.6 million in 2015 alone. Total investments in Fintech by angel investors for 2012 to 2015 is about $15.8 million.

Startups in Turkey also want to play the Fintech game - over 200 of 4,000 global Fintech companies are located in Turkey. Startup watch-compiled a neat list of Turkish Fintech firms, and it's not surprising that startups are forming the most crowded group. Aside from foreign ventures like Asseco, Visa, PayPal, Mastercard, and digital initiatives of local or global banks, when you say Fintech in Turkey, it means hot startups like FIT, Ininal, Cardtek, BKM Express or Paraşüt. With over 50 players, the most competitive area in the Turkish Fintech market is invoice management and accounting. It's only normal since this is the area where potential customers aren't limited to merchants or POS users. All businesses that need to manage invoices and accounting are drawn to the promise of "a paperless office."

Like the global arena, banks and other traditional finance companies don't want to miss the Fintech train in Turkey. Turkey is also known for the high digitization speed of local banks. For example, when Apple released the Apple Watch, the company's first wearable tech device, Turkish banks were one of the first to respond by adapting their mobile apps to this new platform, despite a rather low smartwatch user base in Turkey. So there's hype, both from financial institutions and startups. The Fintech train doesn't seem to be slowing anytime soon. We'll be seeing how this newly formed industry develops in Turkey. Who knows, maybe in five years you won't be using either a wallet or a bank for your financial management.