How Istanbul's districts got their names? 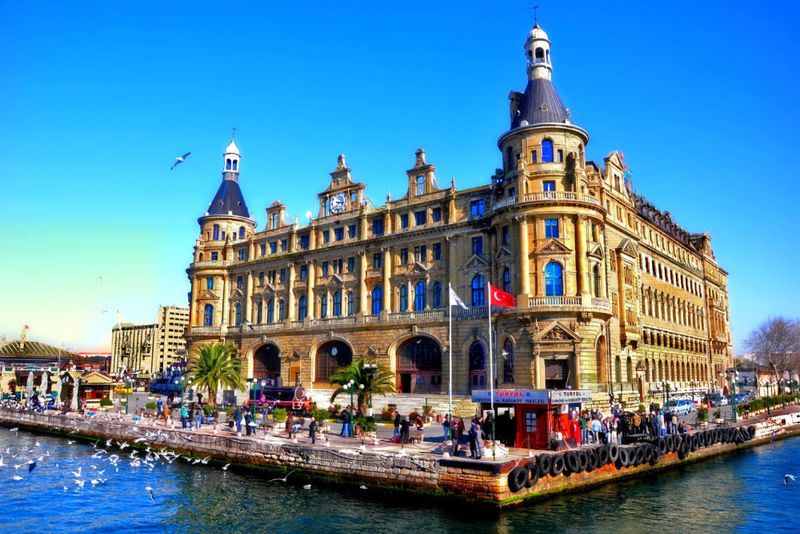 There are various rumors and stories on how Istanbul's popular districts got their names. These stories are not only worth-reading but also relect the city's multi-cultural history

Istanbul is a city of numerous myths and legends. This is undoubtedly because its history dates back thousands of years. It was founded as "Byzantium" in the seventh century B.C., re-established as "Constantinople" in 330 A.D. and then embraced the name "Istanbul" after 1453. Likewise, most of the notable districts and neighborhoods of the city bear names that are deeply rooted in history. Whether on the Asian or European side of the Bosporus, central district names defy the ages. Let's take a city tour to discover the memory of spaces that are often forgotten in daily life or lost in translation.

Kadıköy: From the blind to judges

Kadıköy is a populous district along the edge of the Bosporus on the Asian side and directly faces the historical peninsula. We start our tour in Kadıköy because it is older than Byzantium, which was established a few years later. In 685 B.C., Greeks came from Megara and founded a small village, "Chalkedon," meaning "city of the blind." The legend says that the Chalkedon people must have been blind not to identify the glaring beauty and strategic usefulness of the peninsula.

After the Ottoman conquest, Mehmed the Conqueror granted farmland from Chalkedon to Hızır Bey, the first Ottoman judge of Istanbul. The name "Chalkedon" was changed and became "Kadıköy," which means "the village of the judge" ("kadı" means "judge," and "köy" means "village").

One of the most famous avenues of Istanbul, Bağdat Avenue, is in Kadıköy. In popular culture, it is widely considered as a symbol of an upper-class and Westernized lifestyle. The avenue is indeed full of luxury shops and fancy cafes. The avenue's name comes from "Baghdad" since caravans used to take it as the route to Damascus and Baghdad in the Ottoman era. Military expeditions against enemies of the empire in the east used to take the same route as well.

The conquest of Constantinople put Mehmed the Conqueror's signature on the other side as well. The glorious title of the young sultan, "conqueror," is the name of a central district on the peninsula: Fatih. After conquering the city, the Ottoman state decided to populate it with Muslim subjects. In the following years, large numbers of Turks immigrated to Fatih. Today, Fatih is perhaps the main district where newcomers settle the most.

Northwest of Kadıköy lies the second-biggest district on the Asian side, Üsküdar, which is another ancient and cosmopolitan center. It was founded in the Byzantium era as a commercial port town and known by the name "Chrysopolis," meaning "the golden city." However, following the fall of the Roman Empire, its economic activity fell and a barracks for Byzantine cavalrymen was built there. After that, it was known as "Skutarion," the place of cavalrymen. Since the Ottoman Turkish phonetic rules often add a vowel in front of foreign words, "Skutarion" turned into Üsküdar over the years.

The 19th century witnessed the rise of the Ottoman central bureaucracy that was supposed to solve the state's emerging problems. Bab-ı Âli, a neighborhood very close to Topkapı Palace and the Hagia Sofia, is where this new class of bureaucrats settled. "Bab" in Ottoman Turkish literally means "gate" and "Âlî" means "sublime;" this is where Ottoman high statesmen had their official chambers and received foreign ambassadors. The French term "Sublime Porte" was widely adapted in all other European languages since French was the common diplomatic language of the 19th century. In the Republican era, Ankara became the new capital and Bab-i Âli began to lose its former official role. The neighborhood became the center for the Turkish press until the 1990's. Most of the well-known newspapers, journals and publishing houses were established in Bab-ı Âli. However, over the last 20 years, it has become a place more focused on tourism.

Beyoğlu: 'Son of a lord' 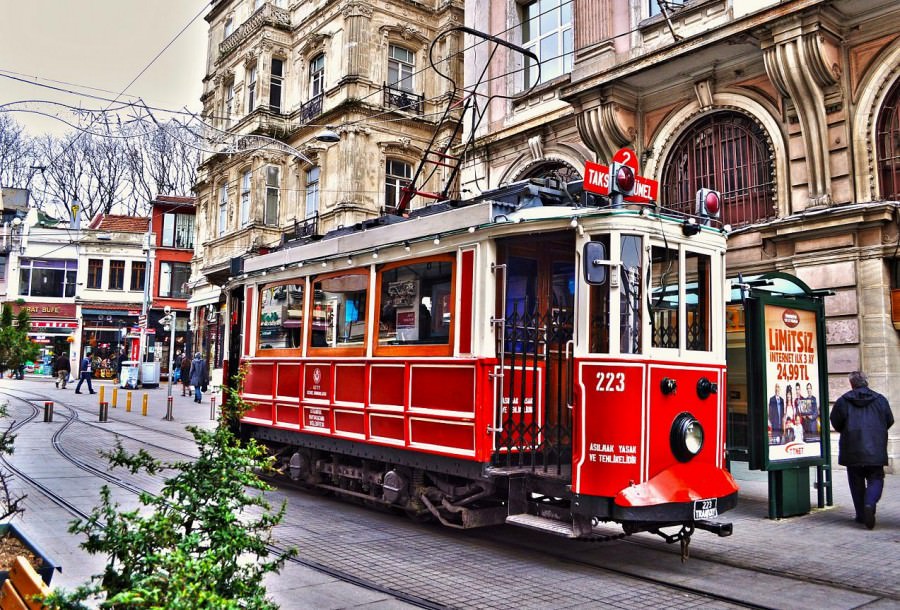 While Sultanahmet represents the historical peninsula of the city, the city's modernity is represented by Beyoğlu. It is a district that witnessed every step of Ottoman-Turkish modernization over the 19th century. The first theater and cinema were founded in Beyoğlu, for instance. Most of the European embassies were concentrated in the district as well, plus a non-Muslim population has always been the majority there. In Ottoman Turkish, "Beyoğlu" meant "Son of a Lord." In the 15th century, Andrea Gritti - the Venetian ambassador in Istanbul - had a residence in that area. "Bailo," the official title of the Venetian ambassadors at that time, turned both phonetically and semantically into "Beyoğlu."

Before the Ottoman period, Beyoğlu was a small town that was known as "Pera." Meaning "the other side" in Greek, Pera was opposite to the Byzantine capital in the peninsula. It was not the Bosporus that divided the city into two sides, but the Golden Horn.

The most crowded place in Beyoğlu and even in the whole city, Taksim Square, has an interesting name as well. In Turkish, "Taksim" means distribution. Until the modern developments in municipal administration, it was the place where water, carried by ancient aqueducts from various natural fountains far away from the city, was distributed to the main neighborhoods. The Ottoman administration built huge stone water tanks in Taksim as well, which are open to visitors today.

Beşiktaş is another old district on the European shore, directly opposite Üsküdar across the Bosporus. "Beşiktaş" literally means "stone cradle," yet its historical root is controversial. According to some accounts, there was an ancient church that was built to honor a relic, a stone taken from the place in Bethlehem where Jesus Christ was born. That piece of stone was Baby Jesus' cradle. Unfortunately, it was stolen during the Fourth Crusade and taken to Europe. Another story that sounds more reasonable is that Hayrettin Barbarossa, the legendary admiral of the Ottoman fleet in the era of Suleiman the Magnificent, needed five stone pillars in order to cast anchor. "Beş" (five) and "taş" (stone) functioned as the port for his fleet in times of peace. Today, Barbarossa's tomb is just a few meters from the sea at the Beşiktaş docks.