Letters in a digital age 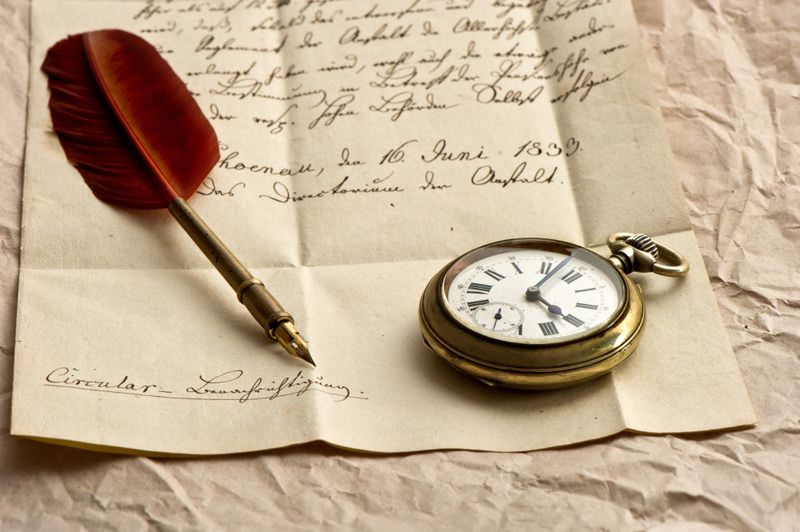 Methods of communication have been transformed by the digital revolution and we have already lost the art of letter writing. What is left are the letters of masterpiece authors like Turkish novelist Ahmet Hamdi Tanpınar as well as Ernest Hemingway and the archives of correspondence, which help us re-imagine the fading human experience of the past

Letters such as those in 18th century novels - revealing unexpected news from a distant cousin, letters of love, letters from a battlefront telling about the disappointments and horrors of war - are no longer present in our modern lives. Do you think we will continue to have books of correspondence to read from our favorite writers and literary heroes of contemporary literature? If this genre of literature as epistles disappears from our reading lists, would this not be a terrible loss? Imagine all e-mail exchanges as books. Could the great Turkish writer Ahmed Hamdi Tanpınar send his long letters - in which he pondered about life and literature, civilization and literature, politics and existence - through our favorite modern tools today, e-mail or social media?

Would Marcel Proust still have written his insights into literature and arts during the gestation of his "In Search of Lost Time" masterpiece?

I feel grateful to Patrick Hemingway, the son of Ernest Hemingway, for publishing his father's letters, as he thought they would present a more accurate portrait of his father's character, more so than many biographers had done.

If it were not for the letters they wrote, we would not have known about many of our literary or other creative heroes.

In his letters, Hemingway writes about his childhood to his days on the battlegrounds during World War II. He talks honestly about his romances and doesn't appear to be as tragic as he was generally portrayed. And, this is why his son let those letters be published. "[My father] was not a tragic figure. He had the misfortune to have mental troubles in his old age. Up until then, he was a rather lighthearted and humorous person," says Patrick Hemingway.

I'm grateful for the letters and will forever resent the loss of the art of letter writing. There are also a lot of hidden gems for Hemingway's letters for aspiring writers today; we see his insecurities, passion and the hard work. In his letter to his friend Waldo Peirce, he writes, "My god it is hard for anybody to write. I never start a damn thing without knowing 200 times I can't write - never will be able to write a line - can't go on - can't get started - stuff is rotten - can't say what I mean - know there is a whole fine complete thing and all I get of it is the bacon rinds."

Who else could have taught us about human experience other than such sincere writing from masters of the art?

This is exactly the reason why I wanted to romanticize the subject as much as I could and why it makes me wish to recreate the nostalgia for the past and the meaning of letter-writing and special days that we all once wrote a postcard for. I really do wish to make a long, heartfelt elegy for the lost art of handwriting for our loved ones, the people that matter in our lives.

However, the modern world does not give me that allowance, and right away blames me for having failed to adapt to the new world and accuses me of being gushy and sentimental about the past. It is as if it is pointing at me from its self-imposed higher position, and tells me, "While digital communication has made our lives so much easier, enabled us to get more efficient results and made us able to reach anyone at any time, yet you dare to be nostalgic and desperately try to reattribute meaning to a long lost communication tool." I almost palpably sense that. If I ever write a Twitter message for instance - and of course if I had many followers - I would have probably got dozens of scornful contemptuous replies.

Actually I'm pretty at peace with digital communication, I love my smartphone, maybe even too much. Sometimes I happen to find myself spending a few hours without touching it, and this leaves me surprised. I scroll down my timelines and feeds noticing barely a meaningful change. All the content I scroll by in seconds has fast updates and very little development content-wise. So why do I almost get an anxiety attack whenever I happen to forget my phone at home? However all such incidents are issues figured out by those "conscious users." I wonder where those users are hidden?

According to Jonathan Franzen, one of the greatest novelists of American fiction, "It's rewarding extremism and divisiveness. People find themselves in their own little echo chamber getting ever more extreme versions of what they already believe. It is not fostering complex discourse between opposing views on middle ground." If this is truly the case, then those letters in which we witnessed writers have discussions about literature and philosophical questions, or intense romances; these are not replaced by digital media. Not necessarily replaced, yet we have not really been presented with an alternative tool. I think we may have an absence that we are not really aware of. But at least we have those archives of correspondence that we can turn to again and again with the same excitement and always find refreshed feelings. There is of course no going back in time, but it is possible to go back to reading letters.

We might admit that technology has not been able to change the meaning of letters, but only their functionality. Letters are no longer our tools for communication, as there is the telephone and WhatsApp. E-mail is no longer fast enough for our hyper-fast lives. Letters and postcards are more meaningful tools that could develop mere communication into a relationship between people.

Our ways of communicating are being transformed by the digital revolution, yet we still remain the same human beings, with our relationships, intensity of feelings and our same philosophical questions based on our mundane human experience.

Digital natives are getting re-acquainted with letter writing through Instagram, through which some users have initiated campaigns encouraging users to send handwritten letters and so-called "snail mail." There is no going back here, as there is a desire to act out our shared human experience, and as long as this desire exists, there will be literature. Writers will always find their own ways to communicate, just like water always flows and finds its way. For this very reason the General Directorate of Post and Telegraph Organization (PTT) has served for 175 years, and for the same reason it will continue to exist, maybe for another 175 years.
RELATED TOPICS