Healing in Islamic science and medicine 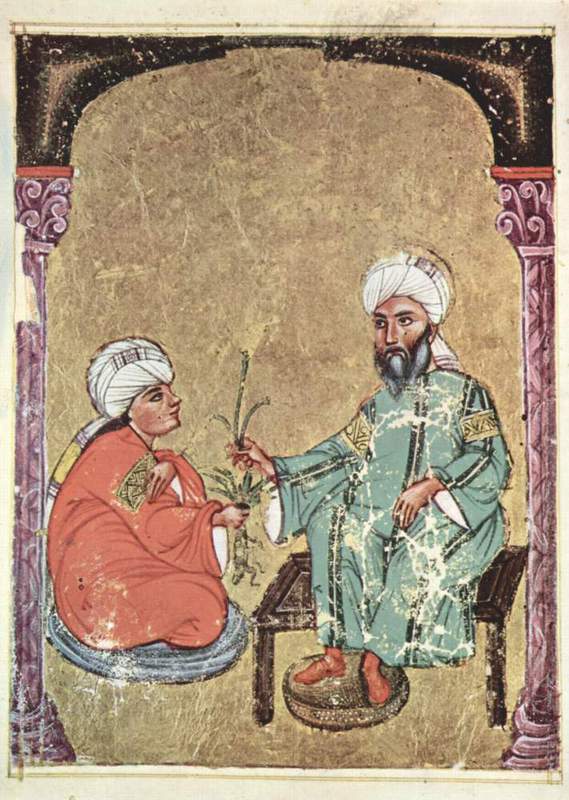 Spanning from the eighth century to the 15th century, the Islamic golden age saw many advances in science and medicine. These developments continued during the time of the Seljuks and Ottomans and its legacy is still alive. The Imperial School of Medicine was established upon the order of Sultan Mahmut II in the 19th century. The students were given a modern medical education and today it serves as a university campus that includes the faculty of medicine

On March 14, 1827, Sultan Mahmud II founded the first European-style faculty of medicine in the Ottoman Empire, the founding of which is celebrated as Doctor's Day every year in Turkey. This brings the question of whether there were any faculties of medicine in the Islamic world or the Ottoman Empire prior to this date. Encouraging the improvement of medical treatment, Islamic orders and advice paved the way for advanced medical sciences in Muslim communities. Prophet Muhammad said that God created a remedy for every disease except death and people should seek these remedies.

In practical terms, medicine has two sections - hygiene and therapy. Islam prioritizes hygiene and avoiding disease. Among the gifts that Roman Emperor Heraclius sent to Medina to be presented to Prophet Muhammad was a physician. When nobody visited him after his arrival, the physician notified Prophet Muhammad who told him that those who give importance to hygiene and eating less do not take ill easily.

Islamic world also had the pioneers of modern medicine. Muhammad ibn Zakariya al-Razi (864-925), also known as Rhazes in Europe, was born in the Persian city of Rey near modern-day Tehran and studied medicine in Baghdad. He worked on medications and chemistry and wrote nearly a hundred of books on physics. He was an expert in eye surgery and it is known that he performed a cataract operation on Sukayna, the granddaughter of Prophet Muhammad.

The Canon of Medicine (Al-Qanun fi a'l-Tibb) written by Ibn Sina (980-1037), who is known as Avicenna in the West, was studied as a textbook in faculties of medicine for centuries. Muslim surgeon Amr ibn Abd al-Rahmân Kirmani, who died in 1066, used to perform operations in Andalusian hospitals. Turkistani religious scholar Ibn al-Nafis (1210-1288) was also a physician. His books on his inventions in the medical sciences are valuable sources. Moreover, Nafis was the first person to draw a diagram of blood flow in the lungs.

Anatolia has been home to important medical institutions since the time of the Seljuks. Hospitals in centers such as Kayseri, Edirne, Amasya and Istanbul were also significant medical faculties. If a student wanted to become a physician, he completed his studies to some extent at a madrasah and applied to a hospital. Based on a master-apprentice relationship, he was trained as a physician, surgeon or oculist by a physician at the hospital. Precious books written by these students still decorate library shelves. In the medieval era onward, the profession of physician was taught based on the master-apprentice relationship.

Mentally ill individuals were considered dangerous and possessed by demons by some communities in the past. They were often burned at the stake or shackled and isolated. Turks were the first people to consider the mentally ill as patients and treated them at special hospitals called "bimaristan, "place of the sick" in Persian. Brain surgery and related therapies were practiced at these hospitals and mental patients were treated with infusions, activity, music, water and bird songs. As it was believed that psychological disorders generally occurred due to lack of activity and purpose, treating patients by keeping them occupied was one of the prominent treatment methods. It was also thought that the mentally ill were able to regain their reason with the help of music, which is a science partially derived from mathematics. It is an old tradition to treat mental patients with different maqams of Ottoman, Arab and Persian music according to the type of psychological disorder. The Arguniyye Hospital in Aleppo and Sultan Bayezid II Hospital in Edirne still standing today and are open as museums where visitors can see materials used in the treatments of mental patients.

Patients' recovery period is also very important. During this period, patients should rest, be under medical observation and eat according to the diet prescribe by their physicians. However, not every patient follows this advice. Hence, every hospital in the Ottoman Empire featured a "tabhane" where patients stayed until their recovery period was over. At that time, hospitals were built by wealthy Muslims and the expenses of these hospitals were covered by wealthy foundations. People were treated free of charge and the poor were given free medication. Military and civil doctors studied together at the Tıbhane-i Âmire, the faculty of medicine founded by Sultan Mahmud II. Moreover, pharmacists, veterinarians and dentists were trained at this faculty as well. Students who were trained at the school in Istanbul's Şehzadebaşı neighborhood completed their internship at the practice hospital built in the garden of the palace in Gülhane, which is still used today. The school was later moved to Gülhane as well.

The school, which was designed by the young Viennese physician Karl Ambrose Bernard, later began to be called "Mekteb-i Tıbbiye-i Şâhâne" (the Imperial School of Medicine) in 1839. Sultan Abdülmecid took great interest in the school of medicine and observed the final exams in person. After hearing that some Europeans looked down on the faculty, Abdülmecid sent the graduates of 1847 to Vienna. They entered the final exams overseen by famous academics and were successful. They proved that the Imperial School of Medicine provided medical education to European standards.

Ottoman Sultan Abdülmecid ordered the construction of a kitchen where meals could be cooked according to the Jewish community's kosher rules when he learned that a Jewish student was attending the medical school. Abdülmecid, who made history with his sense of decency, declared the Jewish Sabbath of Saturday an off-day for this student.

During the reign of Sultan Abdülhamid II, the school became one of the world's most advanced medical schools. Welcoming students from many nations, the school had lecturers, many of whom were either brought from Europe or raised in the Ottoman capital, all specialized in their fields. Some students' memoirs describe the school's technical advances, saying that each student had their own microscope. Foreign travelers, diplomats and scientists could not hide their astonishment while visiting the school.

The school's first three years were high school level. Students took university-level courses for four years at that time. Greek physician Marko Pasha, who was known from the humorous anecdotes about him, was once the principal of the medical school. It met all requirements of students and civil physicians exempted from military service. They took different language courses like French, Arabic and Persian as well as religious sciences.

Being a physician became a popular occupation like being a clerk and military officer in the Ottoman Empire. Until that time, non-Muslim people generally preferred to become physicians, and Muslims looked down on their profession. However, it spread among Muslims through the school. The number of girls who dreamed of marrying a physician was not few. Songs were even written to describe a love affair between male physicians and young women. The song "Kalbime Koy Başını Doktor, Nabzımı Bırak!" (Forget My Pulse Doctor, Put Your Head on My Heart!) is only one of them. It was also the same time when people preferred to the word "doktor," a loan word from European languages instead of "tabib" or "hekim" from Arabic. The medical school operated in different buildings and finally moved to a magnificent building in Haydarpaşa that Abdülhamid commissioned in 1903. Still standing today, the building was designed in an Orientalist style by Alexandre Vallaury and Raimondo d'Aronco, two lecturers of the School of Fine Arts, which is now Mimar Sinan Fine Arts University.

In 1867, the "Mekteb-i Tıbbiye-i Mülkiye" was opened to train civil physicians and in 1909, the institution was joined to the Imperial School of Medicine where military physicians were trained, and took the name "Dârülfünun Medical" Faculty. It was moved to the city's European side after 1933 and was then called Istanbul University Medical Faculty. The military medical school continued its service in Ankara. The building in Haydarpaşa was first given to Haydarpaşa High School and then Marmara University.
Last Update: Apr 23, 2016 1:49 am
RELATED TOPICS