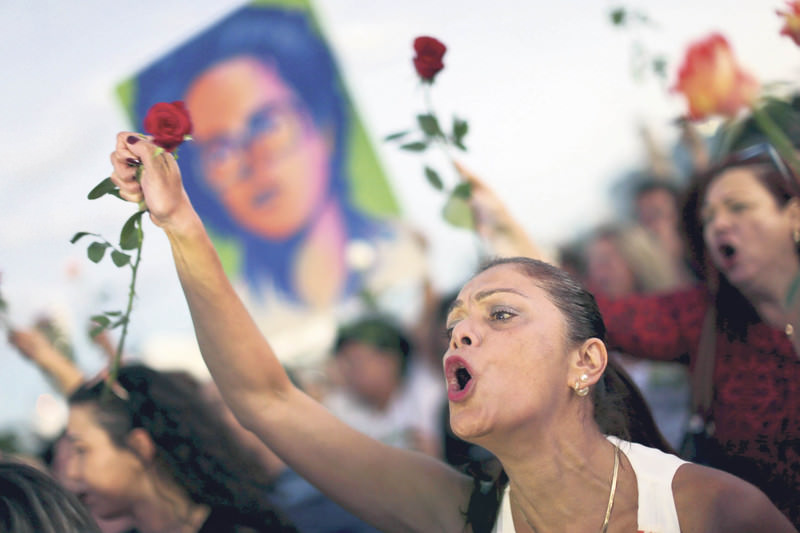 The first recorded revolutions were in Egypt in 2730 B.C. and 2690 B.C. These were quickly repressed. There were numerous revolutions in the era before the birth of Jesus Christ. Perhaps the most important of these can be said to be the revolution in Rome, which happened in 509 B.C. The outcome of this revolution was the abolition of the Roman monarchy and the establishment of the Roman Republic, a state that lasted until 27 B.C. when the Roman Empire was established.

A second early important revolution was the Athenian Revolution in 508-7 B.C., which led to the establishment of democracy in Athens.

While these two early revolutions achieved their goals, introducing new means of rule, at least for a century or two, later revolutions have not always been equally successful.

In 1381 in England, Wat Tyler led the Peasant's Revolt. 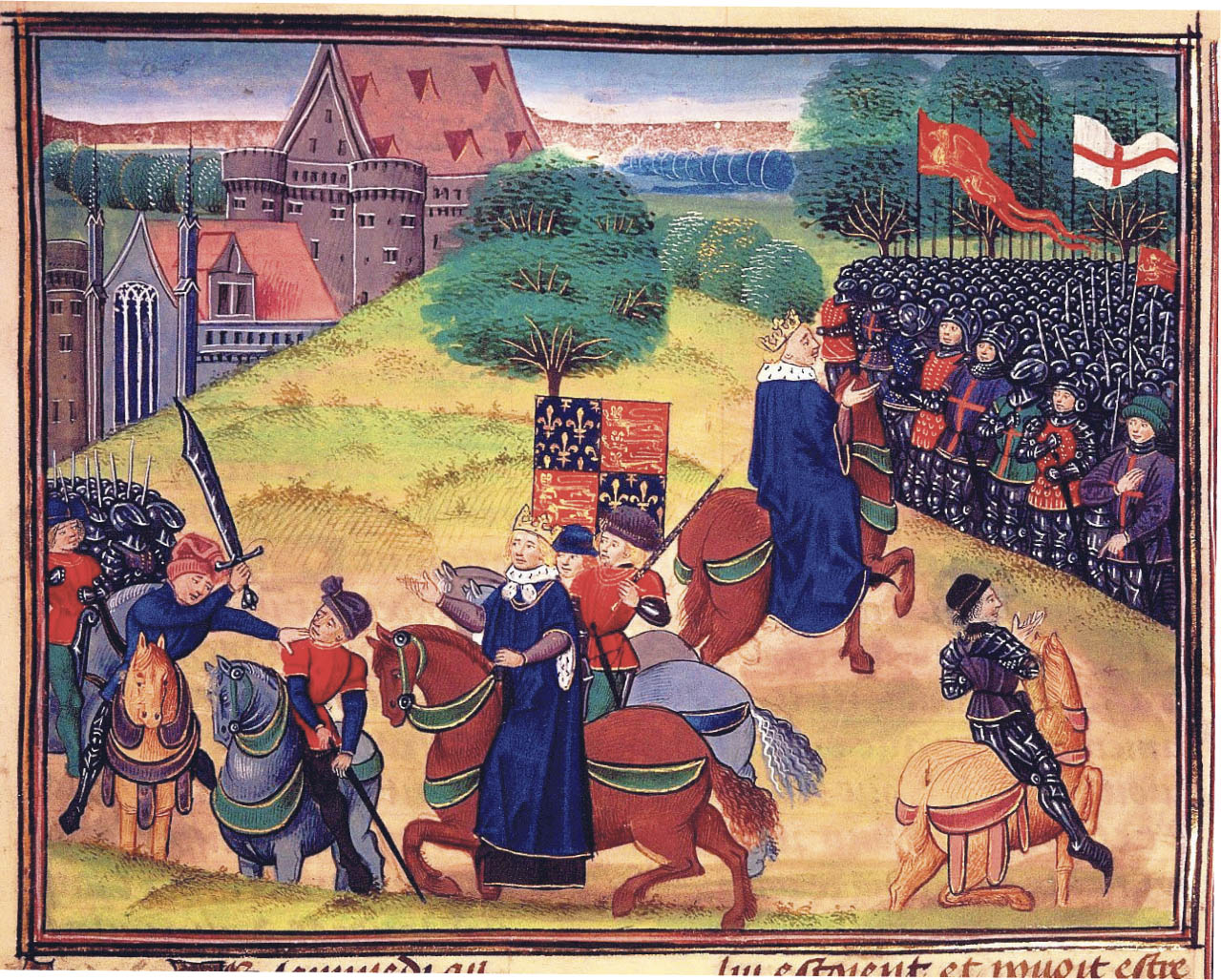 At first, the revolutionaries were successful and managed to terrify the 14-year-old King Richard II into abolishing serfdom. However, the rebellion continued, and the young king found time to summon an army; the promise to abolish serfdom was reneged. The Peasant's Revolt is said to have had a great impact in academic works, being of importance to left-wing politicians. But its impact on society was more limited and did not change the way England was ruled in the 14th and 15th centuries to a great extent.

At the end of the 15th century, the Muslims of Granada and Castile revolted. They rose up when members of the Muslim population were forced to convert to Catholicism. Such acts of oppression were in direct contravention of the Treaty of Granada, drawn up in 1491.

The Muslim revolts were inspired by the desire of this community to be allowed to maintain their religious beliefs. However, Catholics, led at times by the king himself, violently suppressed the revolts. In addition, Muslims were punished for their revolts, and the Treaty of Granada was abolished. Muslims were left with only a few choices: To remain in Spain and convert to Catholicism, reject baptism, be killed, enslaved or leave the country. Within a decade, there were few Muslims left in the area or few people who openly declared themselves to be Muslim, as many Muslims now practiced their beliefs in private.

In the middle of the 17th century, the English Revolution was a civil war between parliament and the monarchy; this eventually led to the dethronement and execution of King Charles I. The monarchy was replaced by a Republican Commonwealth. The Commonwealth was followed by the Protectorate, first with Oliver Cromwell at its head, followed by his son, Richard Cromwell. The Protectorate lasted until 1659.The reign of the Cromwells was notoriously cruel. At times, Oliver Cromwell was seen as a hero, at times as a villain. This dilemma can be clearly seen in Cromwell's treatment upon his death. When Cromwell died, he was given a great state funeral. However, when the monarchy was restored in 1660, Cromwell's body was exhumed, hung and thrown into a pit.

This is not to say that the English Revolution gained nothing. The English monarchy was brought back, but this was upon the invitation of the government, and there were stipulations to be met; the monarchy had much less power now. The Glorious Revolution of 1688, which dethroned King James II, followed and a constitutional monarchy was firmly established.

There were other rebellions and uprisings in England after this, but the way in which the country would be ruled had basically been established. The interesting thing is that unlike revolutions in many other places, the successful English revolutions were led by the aristocracy against the monarchy.Although there are a number of minor rebellions and revolutions throughout the world, chronologically the next significant event is the American Revolution. The 13 colonies become independent from Britain, and the United States of America was established. This was another revolution led by the aristocracy against the aristocracy. George Washington, James Madison and the other leaders were landowners, slave owners and wealthy. This war was not about independence as such - at that time the distance to America was enough to ensure that the colonists could pretty well do what they wanted - but rather about taxes and representation. The American Revolution was fought mostly on economic grounds. The creation of the post of president was revolutionary, but before deciding on the idea of an elected president, the new U.S. government toyed with the idea of having a king. For them, what was important was that the country be independent from Britain.

And then there is the French Revolution of 1789. 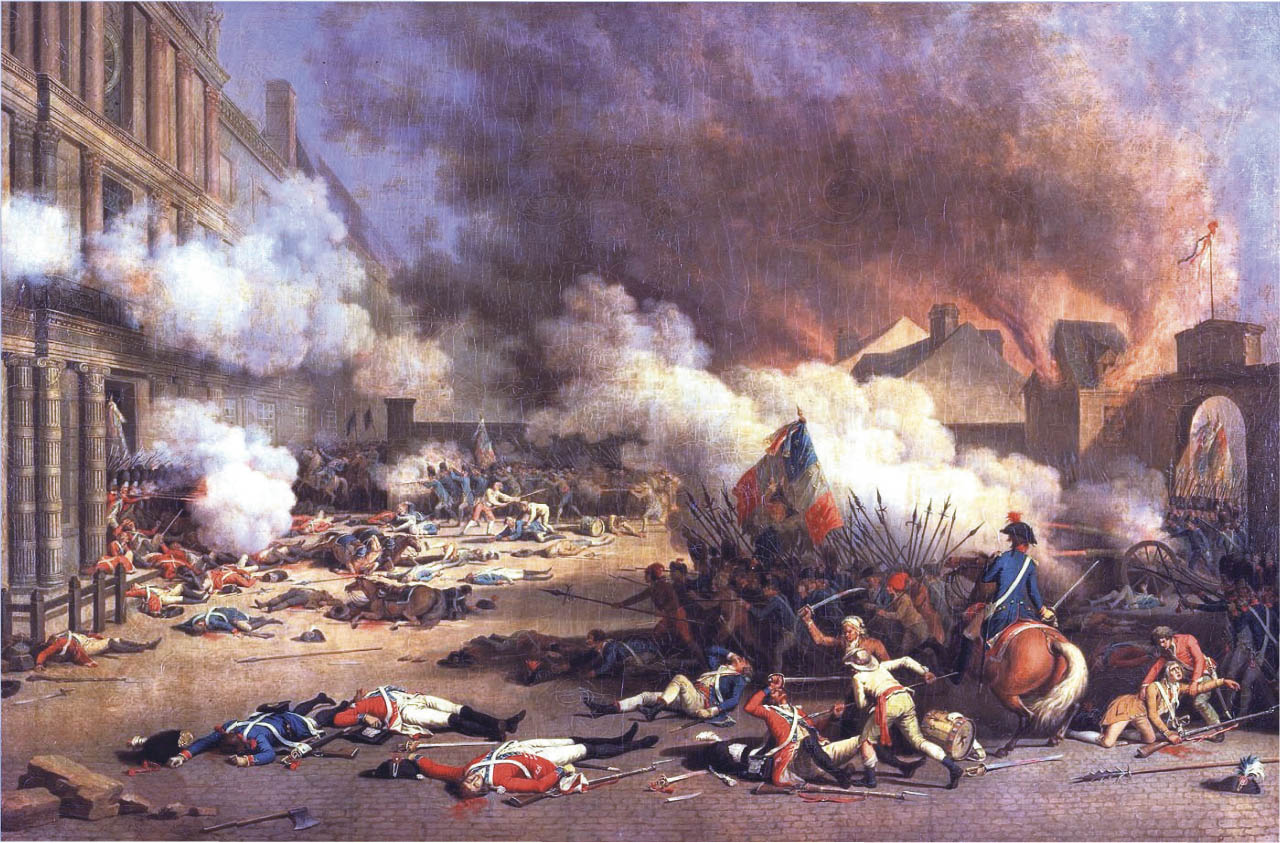 This event is seen as one of the most important turning points in modern history. The French Revolution saw the rise of the bourgeoisie and the demise of the aristocracy. The king was removed and a republic was established. The American Revolution had no motto, no call to arms, except "Don't tread on me." The French Revolution had the universally appealing motto of "Liberte, egalite, fraternite." Herein lies the significance of this revolution.

South America is famous for its revolutions and revolutionaries. Simon Bolivar's real name was Simon Jose Antonio de la Santisima Trinidad Bolivar y Palacios, revealing that he too was the son of an aristocratic Creole family. As a member of the privileged classes Bolivar was educated in Europe where he encountered Enlightenment philosophy. At the beginning of the 19th century, Bolivar played an important role in establishing Venezuela, Ecuador, Bolivia, Peru and Columbia as nations independent from Spain. Spain was busy fighting other wars, and by the late 1820s the revolutionaries of South America had largely been successful. But these revolutions, like the American Revolution, were not about freeing the oppressed working classes or peasants. They were about ensuring that the privileges of the local aristocracy and the upper-class Creoles remained in the country rather than being shipped to Spain.

There were many revolutions throughout the world, including the Decembrist revolt in the Russian Empire - another led by members of the upper classes - revolutions that tried to achieve change but failed. In 1848-49, revolutions broke out in a number of European countries. The German states had a revolution, there was another French Revolution, there were revolutions in the Italian states and in Danish states. There was the Hungarian Revolution, which turned into a war of independence, the Young Irelander Rebellion as well as rebellions in Wallachia and Moldavia. 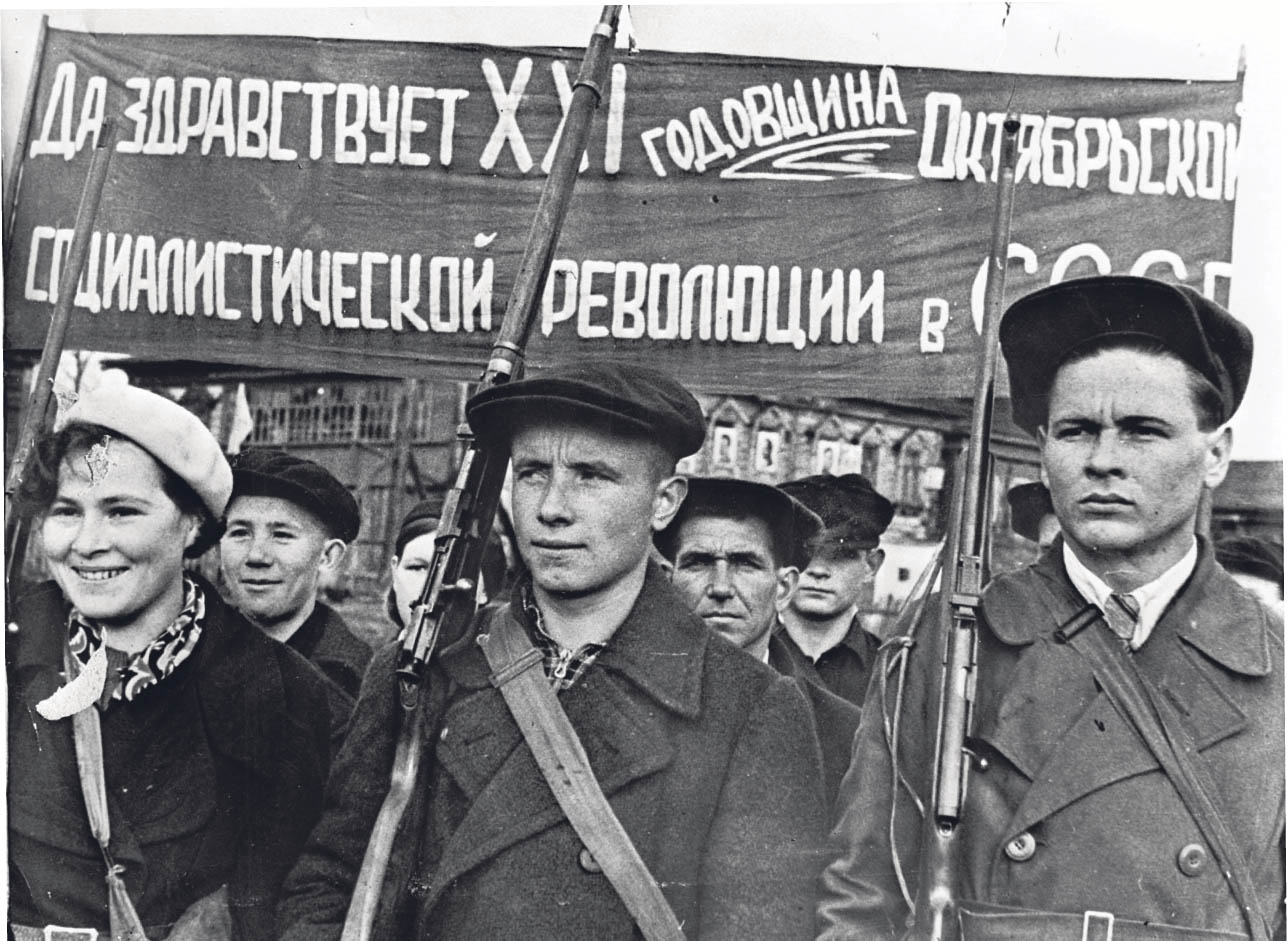 What we have examined above is only a small proportion of the revolutions that have occurred in world history. Every continent has had its share of revolutions. Most countries have also had their share; what becomes clear is that quite often revolutions do not actually achieve much other than upsetting the governmental structure and helping to herald in a different, although sometimes only slightly different, structure. The most successful revolutions have been aristocratic revolutions in England and North and South America. These achieved the greatest changes with the least oppression.

Indeed, most revolutions are followed by great cruelty and oppression. The French Revolution - perhaps the bloodiest and cruelest European revolution - was followed by Napoleon, who made himself emperor and tried to dominate the world. The Russian Revolution later ushered in Stalin, the Chinese Revolution brought in Chairman Mao Zedong and his Cultural Revolution. This phenomenon is still true today.

Countries like France, Britain and the United States did not get to where they are today because of the revolutions that occurred, or, as in the case of Cromwell and Napoleon, the tyranny that ensued. These countries developed sound democratic practices through a gradual process of reform. The revolution was the starting point, but the aristocracy or ruling classes - not the peasants, never the peasants - brought in gradual reforms. Indeed, this process started with the Magna Carta in Britain. A couple of kings' heads had to be chopped off, some civil wars had to be fought, rebellions repressed, but in the end, gradual reforms have brought stability to these countries.

Above, we said that the best way to see if a revolution succeeded was to measure the end result against the original goals. How much "liberte, egalite, fraternite" is there in France? Is this not a country where Muslims feel unwelcome and marginalized? The American Revolution was fought to establish equal rights for all. But when people are sent off planes for saying "inshallah" do we have a state in which every person has been afforded equal rights? More significantly, the fact that there needs to be a Black Lives Matter movement shows us that equal rights in America are still being fought for. The Russian Revolution and the Chinese Revolution failed to free the workers. There is no reasonable person today who would argue otherwise.

This week, events in Brazil have shed an interesting light on the success of revolutions. Dilma Rousseff is the first woman to ever be elected president of Brazil. Rousseff presents an interesting case in point. Rousseff was a member of the Brazilian left-wing movement that fought the military dictatorship in the country. Rousseff, known as "the high priestess of subversion," was arrested in 1970 and sent to prison. After three years in prison, where she was tortured, she was released.

She worked in the socialist government and was eventually elected president. This week, the Brazilian congress voted to impeach Rousseff on accusations of corruption. The shocking thing, according to a wide range of commentators, is that the people accusing her of corruption are from the old guard in Brazil and are the most corrupt of politicians. Most of the media in Brazil is under the control of this old guard, and they have used this media to present a warped image of the truth to get the people on their side. There is no other way this old guard can hope to get back into power; thus, they have concocted a corruption tale, voting to impeach the president - a president elected by the people, loved by the people for her social welfare policies - and planning to remove her. The revolutionary-turned-government-official has fallen foul of the system.

Revolutions and revolutionaries ultimately fail. The system continues. Revolutions cause great hope and enthusiasm - or fear and dread - but rarely deliver on their promises. People lose their lives, are oppressed and imprisoned. Rousseff was a rare individual, as she was a revolutionary who tried to bring her reforming zeal to government office. She tried to do what was right for the people.

The only hope for countries like Brazil or Egypt, Turkey or Iraq is a series of gradual reforms; only in this way can rights which have been taken away from the people be reinstated permanently, never to be taken away again. Only in this way can the people have a government that listens and responds to their needs. The problem with gradual reforms is that there are always those who try to derail the process, hoping to take power back. Today such groups use the media to warp the truth. They present a terrible story of corruption, of dictator-like actions, all concocted to rob the person who is leading the country of their legitimacy. It can only be hoped that the truth will come out for Rousseff, and that the person voted in by the people of Brazil will only leave her post when voted out by the people of Brazil.
Last Update: Apr 23, 2016 2:16 am
RELATED TOPICS