What makes swearing so damn fun in 2 cultures 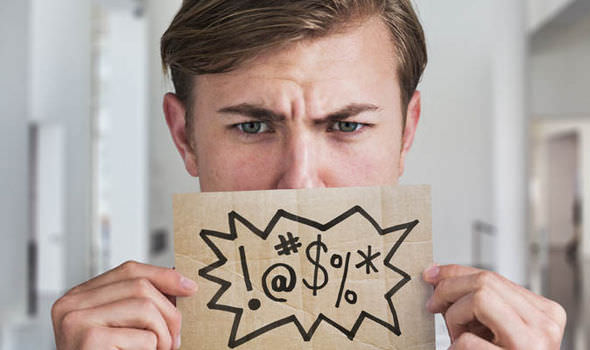 Swearing is common in most cultures, but it is interesting to find out what makes a word 'bad' and how it differs in other languages and countries. It is also fun to discover how swearing varies in daily life

We all do it. Sometimes in the silent whispers under our huffing breathe, haphazardly in the middle of an excitement-filled sentence or on that very special occasion where we've puffed up our chest and let it rip, loud and proud: A swear word comes out. We all swear, some of us a little, and some of us a little more.

Just when I thought the Aussies had perfected the art of profanity – after all, they did invent the word "selfie" – I was introduced to the Turks. Australians, though from an English-speaking country, have a language exclusive to obscenities. Something as innocent as the wombat (a short legged marsupial native to Australia) is in fact a reference to a lazy or slow idiot. When an Aussie tells you to "get stuffed" or "bugger off" they certainly aren't referring to you as their Thanksgiving turkey, he or she is politely telling you to f**k off. When an Australian swears, it's often a direct and personal insult or the f-bomb just for the lols. My very first encounter with a Turk swearing – and it doesn't take long for this kind of exposure – I actually had to decode what was being said. I was sitting at a cafe when a gentleman before me had decided to cancel his order to which the waiter responded under his breath, "The son of a woman I'd sell."

Struggling to understand the reasoning for such a reaction, I turned to my native-speaking Turkish friend and asked, "Why is he selling his mother and to whom is the mother being…" but then the penny dropped. In one swoop, an entire generation plus the victim had been insulted. I cannot deny that I chuckled at the creativity of such a profanity; Turks insult ingeniously. They take all that is sacred and destroy it from the root, literally. The Aussies down under are not the most polite of nations when it comes to swearing. Theirs, however, is more so cussing than annihilating an entire family tree.

So what exactly is swearing and where does it come from?

Swearing is the use of taboo words that violates the social and cultural rules that govern us. We do it with the intention of highlighting our attitude or feeling; we do it to communicate. Considering communication is only 7 percent verbal and 93 percent non-verbal – 55 percent being body language and 38 percent tone and voice – swearing is certainly not limited to only verbal profanity. While some use it to deeply offend in a moment of anger, others defend it as a means of expression. Swearing, in any language, any culture and anywhere around the world is considered disrespectful, vulgar and even offensive. For this reason, sometimes it is not protected under free speech laws. Any obscene language that incites people to violence or illegal activity, defamation, threats or false advertising is also unprotected speech. It is for this reason that the United States Federal Communications Commission (FCC) can create and enforce decency rules for broadcast television and radio.

According to Harvard evolutionary psychologist and author of "The Stuff of Thought," Steven Pinker, there are five types of swearing:

Abusive swearing: Purely for the intention of intimidating or insulting the other person. Often used in moments of anger or revenge. (Example: You f#%k off!)

Cathartic swearing: A form of curse often used in moments where things go wrong or not according to plan. (Example: Christ! Oh my god, I can't believe that happened!)

Dysphemistic swearing: Swearing with the intention of giving the listener a negative or provocative thought. (Example: He royally s*$t on her)

Emphatic swearing: Done with the intention to place emphasis on something or a situation. (Example: It was c#*ting awful!)

Idiomatic swearing: Swearing without a reference to anything in particular. Usually done in a casual environment to draw attention or show off. (Example: f#@k man)

The scale for swearing is broad and encapsulates various forms. Regardless of where in the world you are, the use of taboo words in respected environments is frowned upon – and some cultures more than others. The evolution of swearing is even more interesting. In times where wars were declared in the name of religious doctrine, profanity was that which was uttered in the name of a greater deity; hence, the word swearing, which comes from the root concept "to swear" or "make an oath," became the term used to describe such words. Anything that was uttered in moments of anger toward a greater deity was considered to be swearing. With time, words that involved things that ought to be respected, such as one's mother, family, lineage or parts of the human body, were combined with words associated with acts done in private and often those things that required cleansing afterwards. The frequency of which these words were uttered built resilience and an immunity to the intensity in which it was first intended. So, new and creative compilations of profanity are concocted to intensify the reaction.

When an Aussie randomly blurts out "sugar" with passion at a jammed photocopier, it isn't because they've found his bag of candy left over from Halloween. Moreover, a Turk will openly tell you he will screw your pain if you are acting like a big sook. Either way, there is an art to swearing, and every culture has its own style of doing it.
RELATED TOPICS