'Turkey deserves to be considered a modest fashion capital' 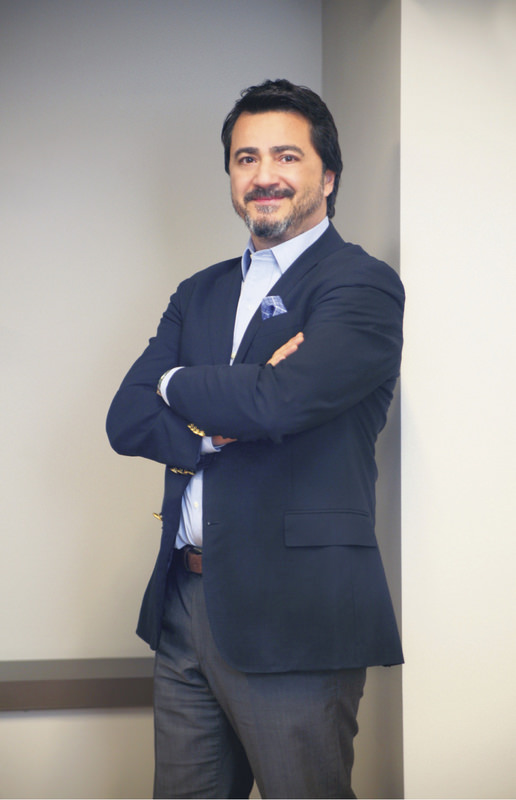 Modest fashion giant's CEO Türe, who describes the modest woman as 'modern not marginal, feminine not sexy, conservative not narrow-minded, social not asocial,' spoke to Daily Sabah in an exclusive interview on the market and his expectation from Istanbul's upcoming international modest fashion week

A thriving industry with annual expenditure exceeding $240 billion in 2015, the ever-expanding Islamic or modest fashion market, catering specifically to meet the wardrobe needs of Muslim women, has a key share in the global lifestyle sector. Turkey, revealed in the "State of the Global Islamic Economy Report 2015/16" prepared by multinational mass media and information firm Thomson Reuters, to be the biggest consumer of modest fashion, spent $24.84 billion annually, placing it at the top, followed by the United Arab Emirates, Nigeria, Saudi Arabia and Indonesia. So, it is no surprise that Istanbul-based online modest fashion store Modanisa.com, in collaboration with the Islamic Fashion and Design Council (IFDC) did not miss the chance to be part of Turkey's first international modest fashion event, Istanbul Modest Fashion Week (IMFW), scheduled to take place at Haydarpaşa Railway Station on May 13-14.

With only a week left for the event jam-packed with fashion shows – most of which are already sold out – panels, workshops, activities such as free henna tattoo application, customized shawl marbling art among others, we asked main IMFW sponsor Modanisa.com CEO Kerim Türe about the modest fashion giant's participation in the event, its significance for players of the modest fashion market and the secrets to a successful business.

Daily Sabah: Modanisa.com is ranked the top online store globally in the modest fashion market, with the West only recently discovering the potential. What motivated you to invest in this sector and what processes did you go through?

Kerim Türe: The idea did not just pop up – it developed through an observation process. The difficulty of finding hijab-friendly clothing in mainstream retail stores, the lack of variety and high prices were complaints we commonly heard around us. I was in Mecca in 2009 and despite there being millions of people, there was not a single modern Muslim retail brand available for women. Millions of Muslim women were either shopping from small traditional hijab and abaya shops or from stalls selling hijab.

Serial entrepreneur Kerim Türe, who describes himself as an "entrepreneur, angel investor and dreamer," is the founding partner and CEO of Modanisa.com, the world's top ranking online modest fashion store, according to Thomson Reuters. He has 20 other personal investments in tourism, transport, gaming, social media and e-commerce, with Modanisa.com being his most recent investment.

We saw that the couple of modern conservative stores there were doing better than their "non-conservative" rivals. We decided to build an online store, convince the producers to manufacture hijab-friendly, modest clothing for us and serve this market globally. We launched Modanisa.com in May 2011 with two full-time employees and an outsource e-commerce platform. Since then, Modanisa.com grew more than fourfold every year. We now have over 4.5 million visitors to the site each month, more than 100 full-time employees, with international sales making up about 35 percent of the total.

DS: IMFW will be bringing together designers, influencers and retail leaders of the modest fashion sector from 25 different countries with their counterparts in Turkey. What is the objective of this event and what do you aim to achieve during and as a result of the IMFW?

KT: The primary objective of this event is to bring together the major players of the fashion design and textiles sector in Muslim-majority countries and collectively form a common mind and significant collaborations.Muslim countries spend over $300 billion annually on clothing, shoes and accessories. This is a huge potential and if we make the most of each other's strong points and manage to combine needs with style (design), we can create an environment in which we will all win. I believe that in the next 10 years, global fashion brands will emerge from Muslim countries, producing products suitable to Muslim women by paying attention to their sensitivities. Meetings like the IMFW will speed up such developments. Modanisa.com currently works with more than 300 fashion brands and designers. Through us, these brands and designers are selling products to 85 countries. And now they are going to have the chance to meet with other designers, influencers, media outlets and fashion magazines from other countries. They are going to draw inspiration from one another's style and produce new products and introduce their designs to other countries. Another one of our dreams is to make Turkey and Istanbul a major capital for modest fashion. Being one of the world's biggest modest fashion consumers and with its background and skills in textile manufacture and design, it deserves this title.World media is also highly interested in this subject. Fashion magazines and TV broadcasters are coming to Istanbul from around the world to meet and chat with these designers and fashion enthusiasts. We are hoping that the event will be a wonderful opportunity to both show the treasures our country has to offer and introduce our modest fashion style. The IMFW-related posts shared by influencers and social media wonders even before coming to Istanbul have reached millions.

DS: The panel topics seem to be focused more on how to achieve success in the fashion sector and the secrets to becoming a global brand. Is there a reason for this?

KT: When we look at the brands of the Muslim world, we see that we are yet to produce a global modest fashion brand. In a market worth $300 billion we should already have dozens of global brands. During the two-day event, we are going to discuss why we still have no global brand, what we can do to become a global brand, the obstacles standing in our way, and aim to develop cooperation and solution suggestions.We very much want to see Istanbul as one of the world's modest fashion capitals in the near future. This is possible only through the coordination and long-term efforts of the sector's manufacturers, designers, civil society organizations, the media and professional associations. Modanisa.com took the first step in this direction and we are going to work to the best of our ability not to claim ownership of this organization, but to make it the organization of all producers and designers. We merely ask that the media help us reach more points and support and encourage our designers.

- Work in good faith and honestly.

- See the entire world as a market.

- Always aim to achieve more today than you did yesterday.

- Grow by supporting and promoting those who you work with.