Inside the house-turned museums of Istanbul's legendary writers 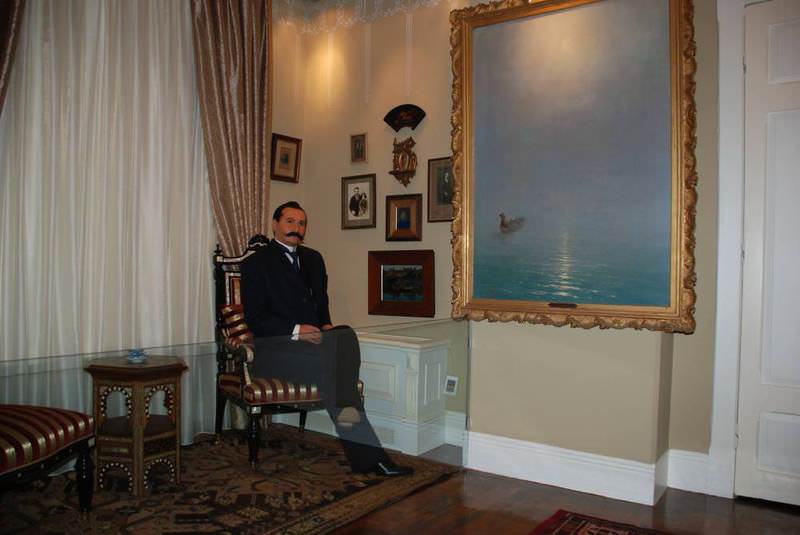 Istanbul has inspired many authors and artists, as many of them spent their lives here while producing their works. After their deaths, many of their residences have been converted into museums, which are a good start for those interested in exploring Turkish literature

There is something magical about Istanbul; from the sounds of clinking tea glasses and the call to prayer, to the blue waters of the Bosporus and the old winding streets, this city's rich historical past has cast a spell of nostalgia over this intriguing city. Once home to Ottoman sultans, historic battles and tales of love, Istanbul is the perfect setting for many poems and books.

Turkey has its fair share of legendary writers, from poets to storytellers. It is no surprise that many great Turkish writers have been inspired by Istanbul as a source of inspiration for their masterpieces of literature. Today, it is possible to visit the homes of many of these great writers, whose homes have been transformed into museums to commemorate their legacies. If you are in need of inspiration, visiting the well-preserved homes of a few of the Turkey's most celebrated writers could help to unlock your creativity. 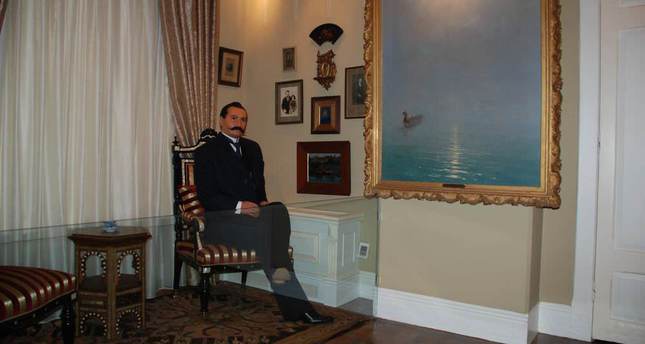 Located in Istanbul's Beşiktaş district in the Aşiyan neighborhood, the Aşiyan Museum was the home of famous Turkish poet Tevfik Fikret. A sophisticated artist, Tevfik Fikret had a profound influence on his era, both as an educator and poet, changing the roots of Turkish poetry. His home was built in 1906 and converted to a museum in 1945. Tevfik Fikret lived in the house until his death in 1915.

Aşiyan Museum holds treasured pieces of Fikret's life, including his writing desk, drawings, paintings and an old armchair. On the second floor of the home, visitors can see the poet's study room and the bedroom where he died. The house, designed by Fikret himself, is nestled on the edge of the Bosporus next to Robert's College, where the poet once taught. Fikret's grave is also located in the garden of his home. 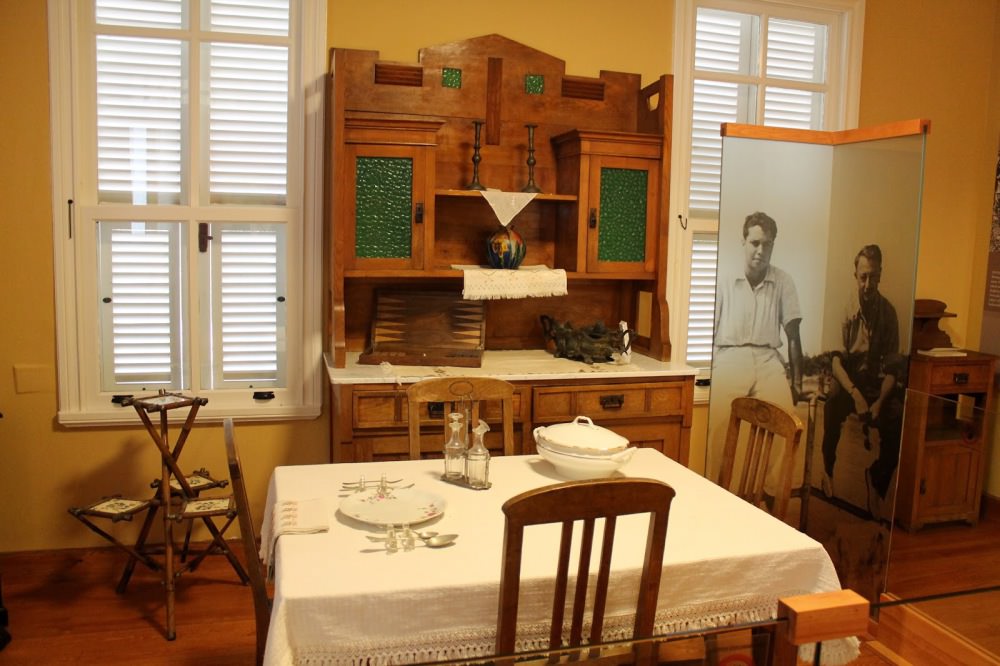 One of the most prominent figures in Turkish literature, Sait Faik Abasıyanık is best known for his collection of short stories and poems. His museum is located on Burgazada, the third largest of the Princes' Islands in the Sea of Marmara near Istanbul, where the poet spent most of his life.

While attending an event for orphaned children, Abasıyanık - whose father had also died - developed a deep connection with the school and its students. The event changed his life, and the poet left all his properties and belongings to the association.

After Abasıyanık's death in 1954, the home was converted to a museum by the Darüşşafaka Association, and opened in 1959. The museum contains both personal and professional works along with letters, photographs, manuscripts, and some of the writer's personal belongings. 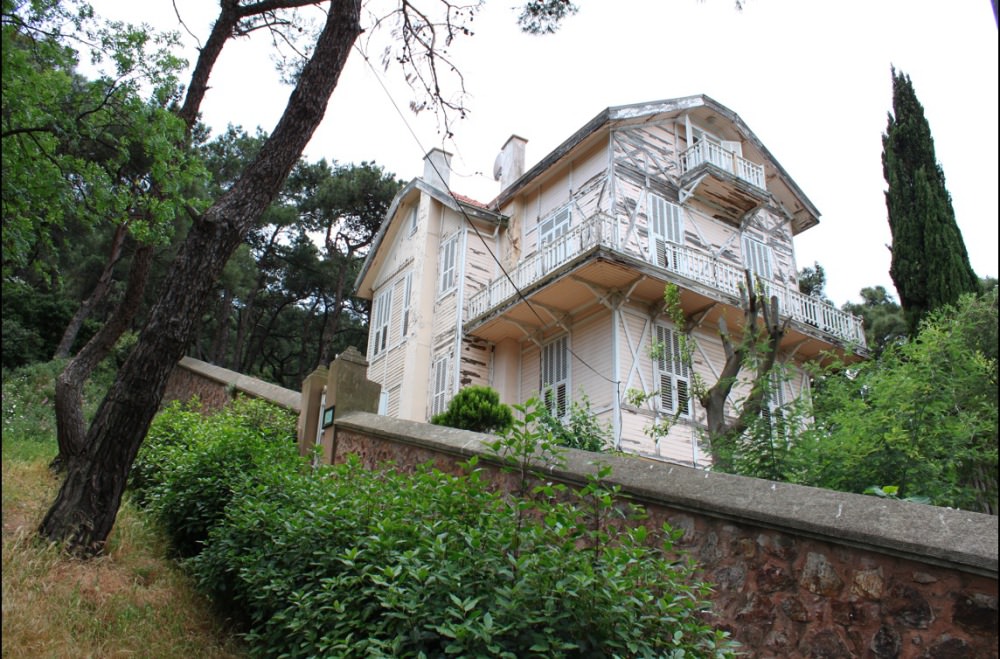 This Island Mansion belonged to one of the most significant writers of the Republic Era. Built by Hüseyin Rahmi himself and located on Heybeliada, also one of the Princes' Islands, Rahmi lived in the mansion from 1912 until his death in 1944. The house offers panoramic views of the island and displays the famous novelist's personal belongings, newspaper collection and photographs. One of the most impressive rooms in the mansion is his elaborate personal library with an extensive collection of literature. 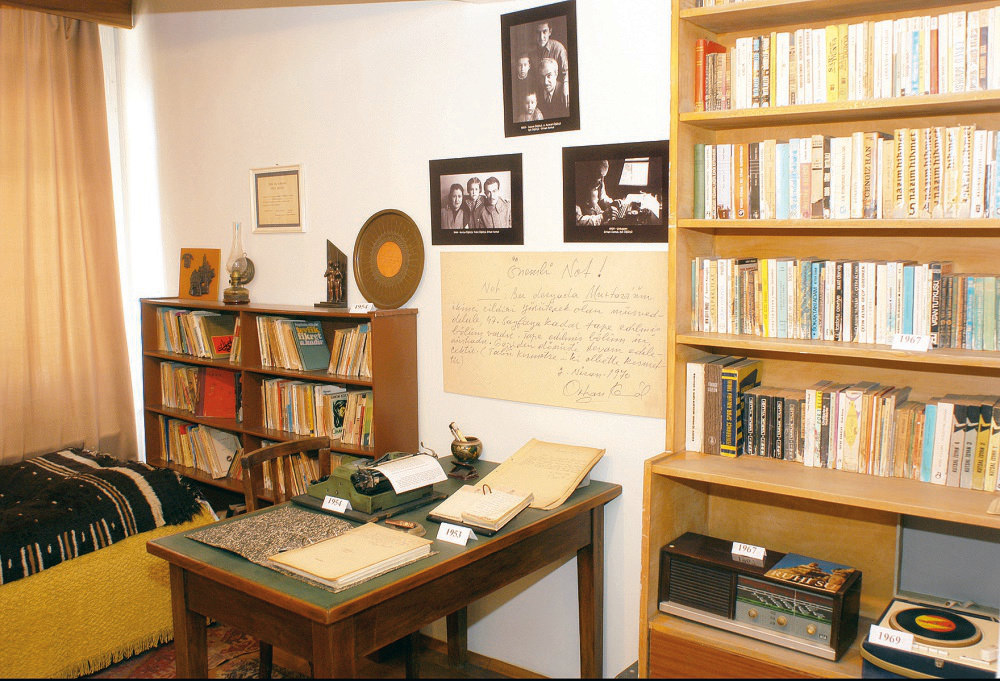 This museum is the five-story home of famous Turkish novelist Orhan Kemal, and is located in the Cihangir neighborhood of Beyoğlu in Istanbul. Orhan Kemal was the son of a deputy in the first Parliament of the Turkish Republic. During his military service, Kemal was sentenced to five years imprisonment for his political opinions, and incarcerated from age 24 to 29. During his time in prison, he met the famous poet Nazim Hikmet, who had a significant influence on Kemal's life and his writing career. The home has an extensive collection of photos, a complete set of the first editions of his books, personal belongings including some memorabilia from his days in prison with Nazim Hikmet, and a bust sculpted by Filinta Önal. Kemal's room is also on display, complete with his bed, desk and typewriter, his suits and a travel chest. 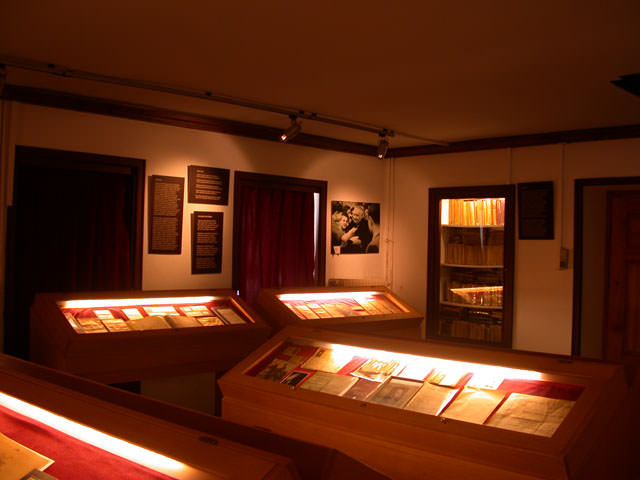 This two-story museum located in the Fatih district of Istanbul commemorates Yahya Kemal, the famous Turkish poet, novelist, politician and diplomat. Opened to guests in 1961, the museum houses Yahya Kemal's personal library, postcards, letters, notebooks and the first editions of his books. On the second floor you can see his personal photographs, table and chair, his traveling suitcase, as well as his personal set of golf clubs.
RELATED TOPICS