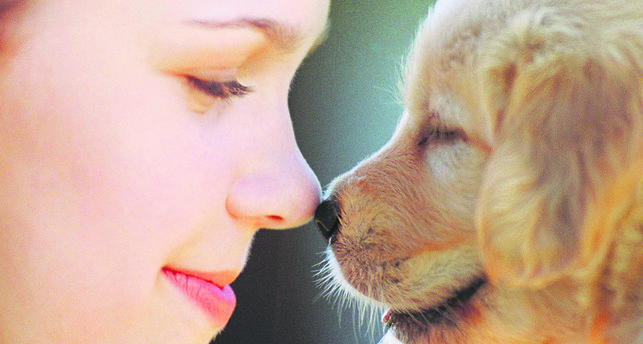 Three Turkish startups have taken it upon themselves to take the selfie and transform it into the pet selfie. We had a chat with the founders of Petsbro, Petsle and Moofio to find out the motivation behind their platforms

To most Aussies, summer holidays meant packing the station wagon with a tent for a trip somewhere in the outback, while for us Aussie Turks, it was a 22-hour flight back to mom's mother land, Turkey. Looking back on more than 20 years, I have seen the transformation in the perception of strays. The shift from "don't touch those flea-ridden animals" to "what a pretty cat" is clearly evident.

Turkish people feel a direct responsibility for their 700,000-odd animals on the streets, more so than I have seen in other countries. It is very much a prevalent attitude that they may be strays but they are "our" strays.

ed a pet cemetery, which has since hit its 500 pet limit, and Istanbul has followed suit. Cappadocia has a pet hotel with rooms especially for pets and Eskişehir has its own pet taxi. With so much pet love in Turkey, I thought I would take a look at three Turkish startups hoping to get a share of the pet love.

With social media ingrained in so many people's lives, more so in Turkey than other countries, the three startups are hoping to extend human selfies to pet selfies. For pet owners, their pet is part of their family, so instead of making a Facebook or Instagram page for their pet, these apps are a social media sphere in and of themselves, completely dedicated to animal lovers.

Petsbro launched in 2014 and is very much focused on pictures, comments and hashtags. Kaan Çalışkan, the creator of Petsbro, started with the Instagram page @petsbro. Following up on the success of the page, Çalışkan created the app. If you have used Instagram, you will feel right at home, but where it slightly differs is that there is no follow feature. Kaan said all pets are friends, so it would go against that ideal and the aim of the app. The majority of its users are from overseas with Turkish users increasing every day. As long as your posts are pet-related, there are no commercial restrictions, so personal and retailer posts are allowed. If it is just photos of your pet you would like to post while viewing other users' pets, the app will fulfill exactly what you're looking for.Petle

The second app is Petle, the brainchild of Onar Sözüer. The iOS app launched in 2015 and the Android app launched two weeks ago. With necessity being the mother of invention, Sözüer said the app came about after a friend lost their pet and social media could not help bring the pet home. Looking for an efficient solution, Petle was born. Where Petle differentiates from other apps is it's more than just about sharing photos. While you can share them like Instagram, users want to be part of the solution to get lost pets back home. Using GPS technology, users can announce a lost pet to nearby users in seconds, finding a new solution to an old problem. With the majority of Petle's users are in Turkey, Sözüer said they want to attract more international users as well. The main difference between Petle and an Instagram clone is the ability to help users find their lost pet or adopt a new one. There are no commercial restrictions, and retailers can create profiles as well. But they enforce the rule of no selling pets. Browsing the popular section of the app, the first photo you see is one reminding everyone that with so many pets needing a home, no sales of pets are allowed.

The third app is Moofio. Speaking with two of the founders, Can Aksoy and Efe Demirbağ, they said the app launched last year in beta mode. The motivation for the founders came from seeing pet photos and videos dominating so many social media sites that they wanted to expand on this and create an app for pet lovers. The effort they have put into the app shows, as it is more than just an Instagram clone. They have thought through and incorporated what users would want from an app. The difference between Moofio and others is the "Purpose Post." Instead of creating a new photo post, the app can help users find their pet a mate and there is a section where you can even guest-a-pet. Moofios' user base is currently mainly in Turkey, but they would like to expand globally after building a larger Turkish user base.

It has an easy-to-use user interface and posting pictures is simple. The Discover section of the app has the features that differentiate Moofio from the others. A quick tap and you can check out stickered pets, find a mate for your feline or pooch and help find a lost pet. Like Petle, the founders are strongly against the sale of pets and it is completely restricted. The rule is to adopt, don't shop.

Overall, if you just want a social media app with photos and lots of pets, Petsbro will scratch your itch. If you want a little more with the ability to announce your lost pet or help find one, Petle will fill that gap. If you want everything that's

on the menu, I would definitely recommend Moofio, but only if you're using a device running iOS. With no Android option at the moment, Petle is my recommendation.
RELATED TOPICS