If a truck blows up and the media does not report it, does it have an impact? 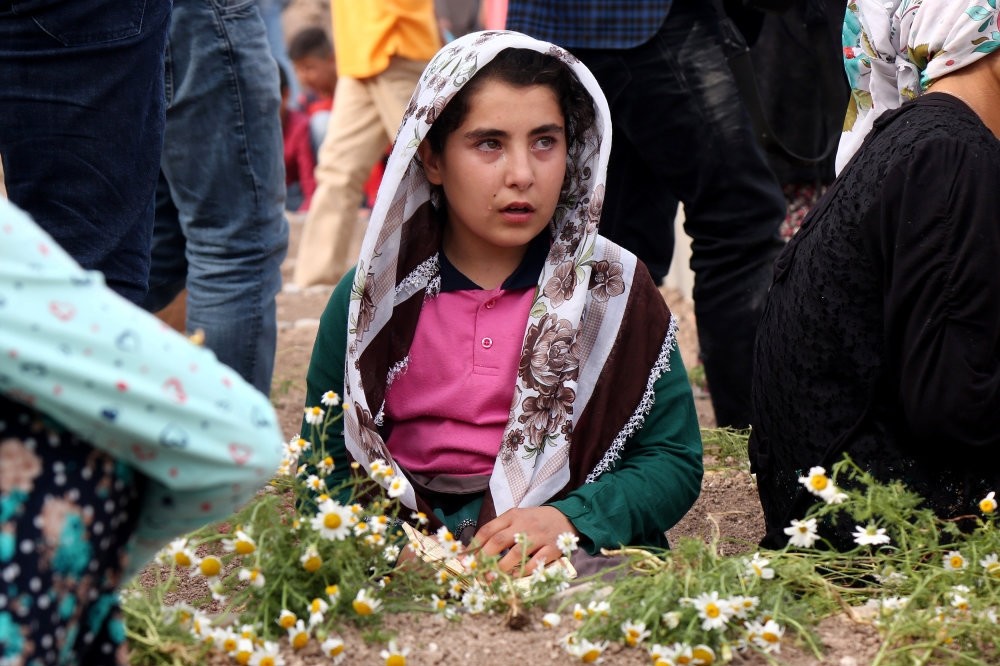 A truck carrying 15 tons of explosives blew up near the village of Dürümlü in the Sur district of southeastern Diyarbakır province on May 12. Fifteen tons of explosives is quite a large amount. If you have any doubts, look at the photographs of the crater left behind

The story is simple, but incredibly sad and extremely important. Twenty kilometers away from the city center of Diyarbakır, in the little village of Dürümlü, a truck carrying 15 tons of explosives was detonated, causing mayhem and leaving behind devastation.

The PKK's military wing People's Defence Force (HPG) issued a written statement concerning the event. The HPG stated that four people had died in the explosion, 23 people had been injured and 12 people were missing. 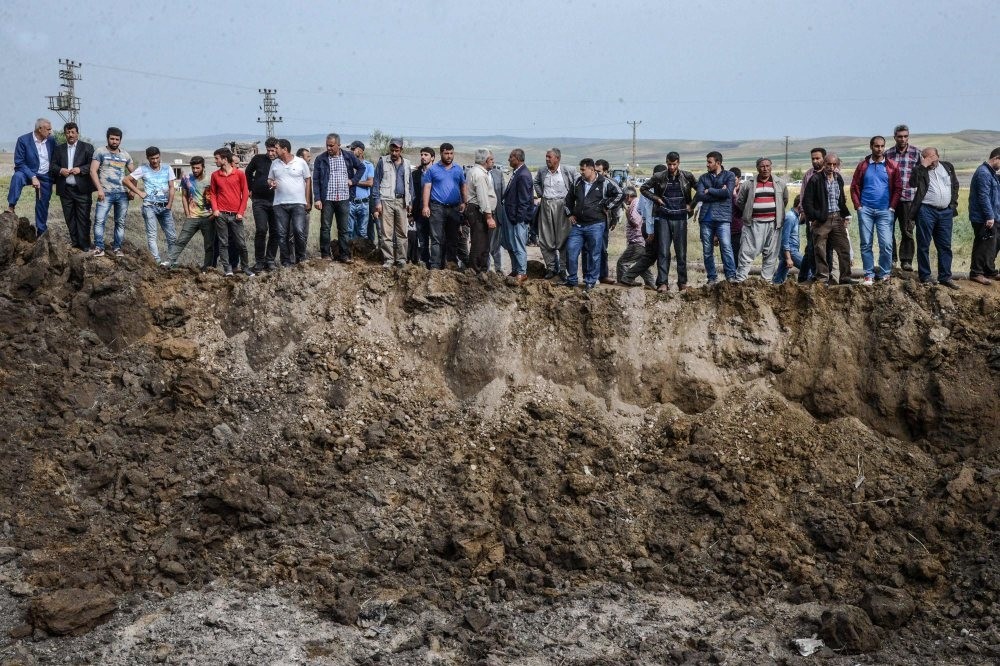 People gaze into a huge crater after the powerful blast.

According to the HPG, the event occurred as follows: "When transferring 15 tons of explosives from one location to another, some local collaborators tried to prevent the transfer ... the comrade in the truck explained who he was, and said there was no need for the villagers to prevent the transfer, and asked to be allowed to continue on his way. Then members from the village in question and from surrounding villages followed the truck in their vehicles and opened fire ... as a result of the heavy fire, the fuses were hit and an explosion occurred, leading to the deaths of everyone in the immediate vicinity of the explosion. The explosives were not arranged to explode, but were rather only being transferred. However, as a result of the bullets shot, this terrible event occurred. We express our condolences to the families of those who lost their lives. However, we would like the people to know those who are responsible for this event are the people who shot at the truck."

The facts that a truck carrying 15 tons of explosives was detonated are true. But what the villagers told reporters sheds a very different light on the event.

In response to this question, the driver drew out a Kalashnikov and started to swear at the locals. As he continued to drive one of the hot-headed villagers and his relatives got in his own car. Then a number of other cars joined him in following the truck. 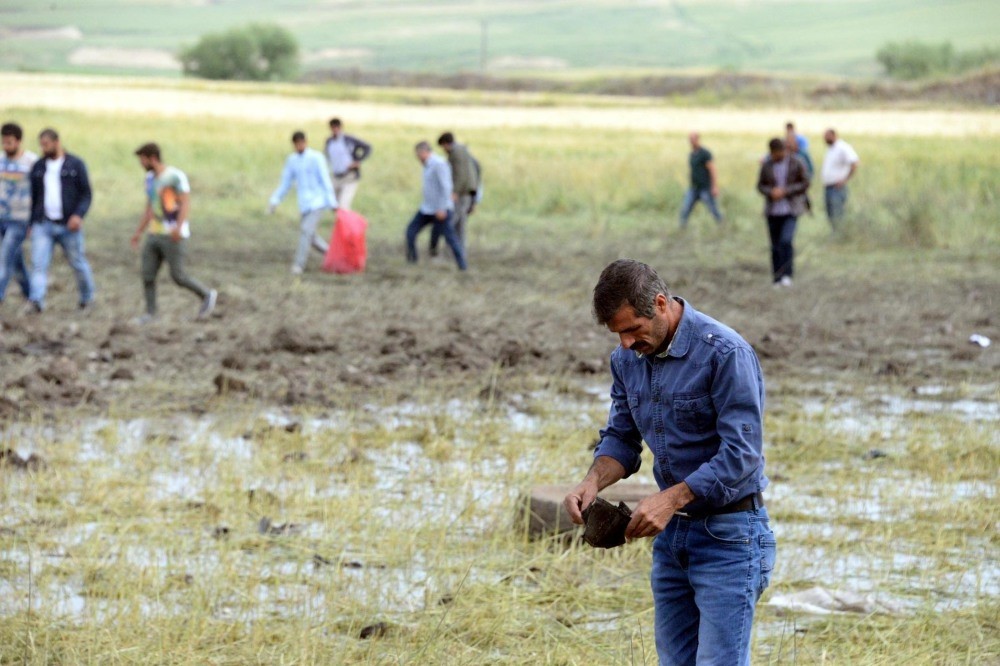 During the clash between the driver and the villagers some people were killed or wounded, and according to some, when a bullet hit the truck it blew up.

However, if you listen to the villagers, they say the following: "They [the HPG] say that the truck blew up by itself. If this was the case, members of their organization would also have died. But we know this isn't the case. They blew the truck up on purpose and from a position that was far from the truck. They also continued to shoot after the explosion. ....They could have refrained from blowing up that bomb, they could have thought "many civilians will lose their lives" and just simply walked away. But they did not do that; they chose to blow up the truck."

Nearly 20 people have lost their lives in one of the most amazing heroic stands in recent times. This is extreme heroism. Tired of being abused, bullied or terrorized by the PKK the locals have stood up and said 'No more!

Not in our name!'

The explosion was so great that it was felt throughout the region. A crater measuring 20 meters wide and 4 meters deep was made. The 12-15 people who are said to be "missing" are actually not missing in the sense that they are somewhere, but we do not know where they are. Rather, they were blown into such small pieces that they could only be identified from the DNA collected from the parts of their bodies that could be found. The total weight of the body parts found was 60 kilos. Sixty kilos for 15 people. Thirteen people were identified from DNA. At least two people have disappeared, literally without a trace, without leaving behind a single molecule.

If the story was to stop there, it is shocking enough. The PKK loads 15 tons of explosives onto a small truck and lets it wander through a village. A village in which children are playing. A village in which women and men are going about their daily business. When the villagers say "we do not want these explosives, this truck, in our village. We do not want you killing in our name," the PKK shoots at them. And the villagers are blown up.

And no (almost no) English-language media reports on this. Nearly 20 people have lost their lives in one of the most amazing heroic stands in recent times. This is extreme heroism. Tired of being abused, bullied or terrorized by the PKK the locals have stood up and said "No more! Not in our name!"

But no one wants to hear them. Why? Because it does not fit in with the "militant" "freedom fighter" ideal being depicted in the Western press? Perhaps because when the PKK have to be depicted as heroes, this is an uncomfortable twist in the story. The PKK as freedom-fighters is the trend. It is this that sells papers. The truth is not always romantic, it is not always glamorous, and thus it does not help sell papers. It is at times like this that the truth ceases to be of import.

But, as mentioned above, the story does not stop here. The next part demonstrates exactly what kind of organization the PKK is. Just in case it has escaped the reader's notice, please remember that the PKK dug up roads and laid bombs under the asphalt in towns like Cizre and Sur. They put snipers in residential areas. The PKK targeted schools. The PKK targeted hospitals. The PKK targeted ambulances. This has all been mentioned a number of times in this paper. Has anyone listened? I fear not.

As mentioned above, the next part of the story is horrific. Remember that at least 13 people are missing. Two days after the explosion, on the evening of May 14, the relatives of the missing people received a phone call from a private number (that is no number showed on the telephone screen). They were told that their relatives were in the Lice State Hospital, and that they were alive and well. They were told to come and collect their relatives.

The villagers returned home. The PKK had been thwarted and unable to wreak their revenge on the villagers. Now the phones rang again. "This will not end here!" They were told. "But you will!" (i.e. your lives will end).

Now the village and surrounding region are being protected by increased security forces.

One widow, a mother of seven, Aynur Yaman spoke to the press. Her eldest child is 13 years old, the youngest 5 months. "My husband loved the kids. He could never get enough of them. His death helped prevent the death of hundreds of people."

Sadder than all the facts from the Dürümlü explosion is the fact that was mentioned by President Recep Tayyip Erdoğan: When such an event happens in Turkey or in Pakistan or in Lebanon, it hardly makes a ripple in the English-language headlines.

If a bomb goes off in Turkey and no newspapers report it, does it have an impact? The answer is simple - yes. Yes, this bomb has an impact. It creates widows and orphans. Twenty people died heroically. Twenty-three have been injured heroically. The English-language media may not care. But these people have saved hundreds of lives. Their deaths were not without reason. Their deaths are not without great value. The crater made in this village must be turned into a shrine, a monument, dedicated to their heroism. A small village dared to stand up to the PKK. A small village paid the price for this bravery. Even if the rest of the world fails to acknowledge this bravery Turkey must ensure that this event is never forgotten.
RELATED TOPICS